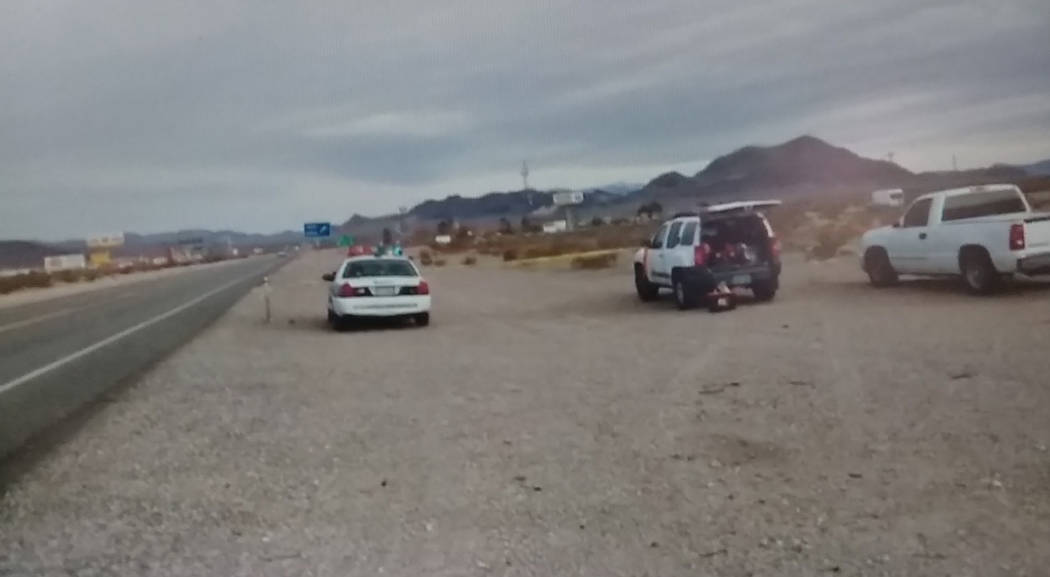 Special to the Pahrump Valley Times On Friday March 1, the body of a black male adult discovered on the west side of Highway 95 just north of State Route 373. The Nye County Sheriff's Office is treating the discovery as a homicide. The sheriff's office has not yet released the man's name.

Nye County Sheriff’s Office deputies and detectives are investigating what they term as a homicide northwest of Pahrump.

As stated in a news release, the body of a male was discovered Friday, March 1, on the west side of Highway 95 just north of Highway 373.

The unidentified man is described as a 5’10” black adult weighing approximately 166 pounds.

He also had a tattoo with the name “Brandie” on the right side of his neck, along with an unknown tattoo on his upper right arm.

The cause of death according to the sheriff’s office, was blunt-force trauma to the man’s head.

“Detectives suspect that the deceased male was the victim of a homicide,” the release stated. “Anyone who has any information or has witnessed anything suspicious in the area, is urged to call Nye County Sheriff’s Office detectives at 775-751-7000, or confidential tips can be sent to sheriff@co.nv.us