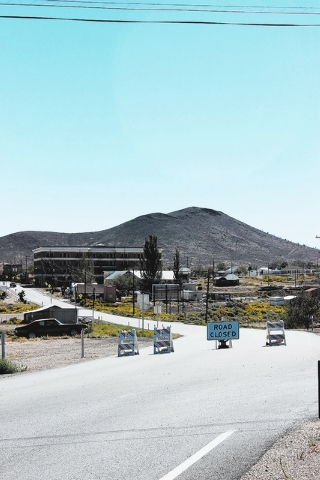 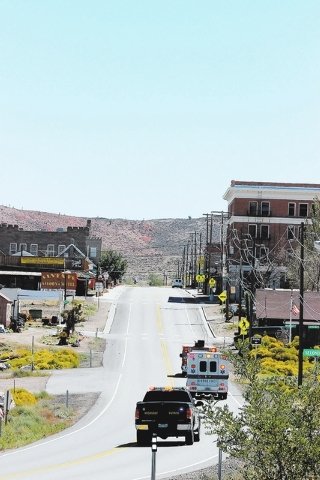 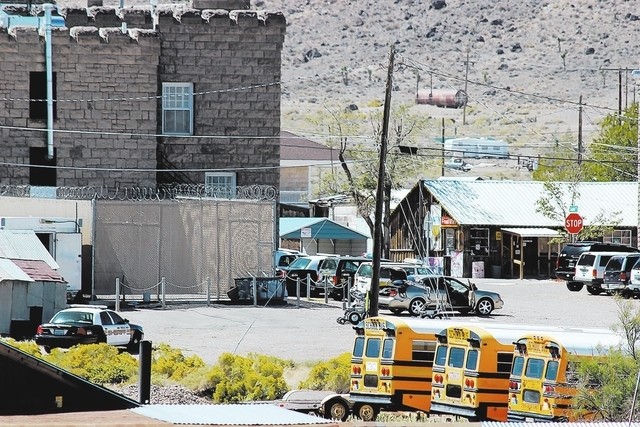 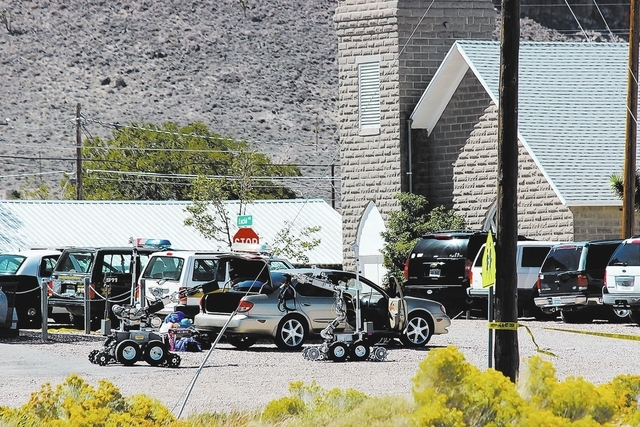 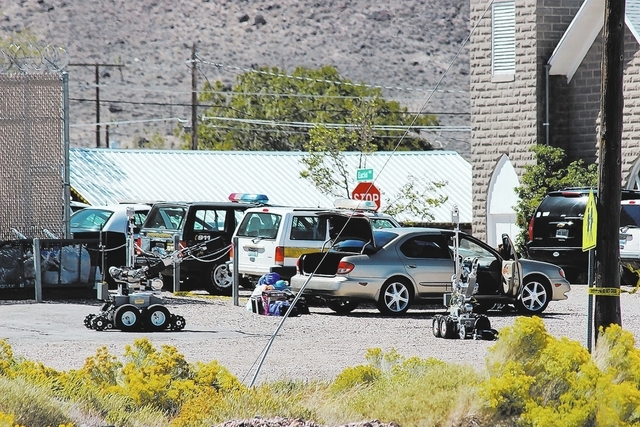 Nye County Sheriff Tony DeMeo said the ordeal, which is being described by the Nevada Highway Patrol as a road rage incident, began after an occupant of the suspect vehicle in the case fired a single shot at another vehicle near Tonopah. The driver of the second vehicle then proceeded to follow the shooter across county lines into Esmeralda County and called police.

“We’re getting conflicting stories, but apparently what happened is there was a shot fired from the vehicle at another vehicle. That individual decided to, I wouldn’t say chase down, but did follow them into Esmeralda County where another shot was fired,” DeMeo said.

Around 6:40 a.m., NHP stated Esmeralda County Sheriff’s deputies were dispatched to U.S. 95 for a report of a road rage incident. They subsequently conducted a traffic stop with the suspect vehicle near the county courthouse and made contact with the occupants of the car who were detained for questioning.

According to NHP, police then conducted a search of their vehicle and reportedly discovered a rifle and an undisclosed amount of explosives inside.

DeMeo said as of 10 a.m. Tuesday morning he was aware of at least one person who had been arrested in connection to the case.

Upon the discovery of the explosives, a 1,500 foot area surrounding the vehicle was immediately shut down and approximately 100 people were evacuated from nearby homes and businesses, including those working in the courthouse, the county dispatch center and approximately 50 inside a nearby elementary school.

The FBI Las Vegas Division and Las Vegas Metro Police Bomb Squad were requested to assist at the scene with the materials found inside the car. LVMPD reportedly arrived in Goldfield around 11:20 a.m. to assist with operations at the scene.

The Nevada Department of Transportation said U.S. 95 was closed at the request of law enforcement due to the discovery of the explosives and traffic was being rerouted in Goldfield, about 27 miles south of Tonopah.

NHP Trooper Loy Hixson said the highway was closed at mile marker 17 of the highway, and traffic was being directed through the side streets of the small town to avoid the roadblock on the highway.

As of press time Tuesday, NHP stated in a press release that it was unknown when the highway would reopen through the Goldfield area.

Goldfield resident Lynn Scott, who lives within four blocks of the area where the car was stopped, said she was at home when she heard the news about the explosives found near the courthouse.

Although she was not forced to evacuate her home, Scott said her son, daughter-in-law and their baby, who live in a home situated within two blocks of the courthouse, were evacuated due to items discovered in the suspect car involved in the case. When her daughter-in-law attempted to go back to their home to get some items for the child several hours later, the area was still under evacuation, she said.

Around 1 p.m. Scott said she was standing outside her home when she heard a loud explosion coming from the courthouse area. Although she hadn’t heard an official cause of the noise from local or state police, she said neighbors were saying the noise had come from officers strategically detonating some of the material found inside the suspect vehicle.

As of Tuesday afternoon the incident remained under investigation by the Esmeralda County Sheriff’s Office, who is the primary investigating agency in the case.

DeMeo said his office planned to submit charges to the Nye County District Attorney’s office for prosecution for the portion of the incident that took place in Nye County.

As of press time, calls to the Esmeralda County Sheriff’s Office for information about the incident went unanswered.