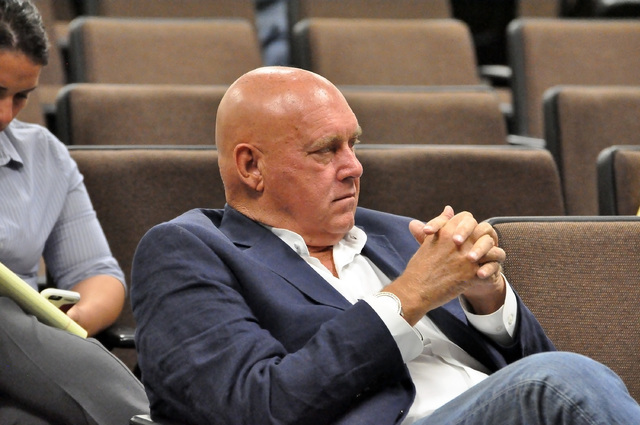 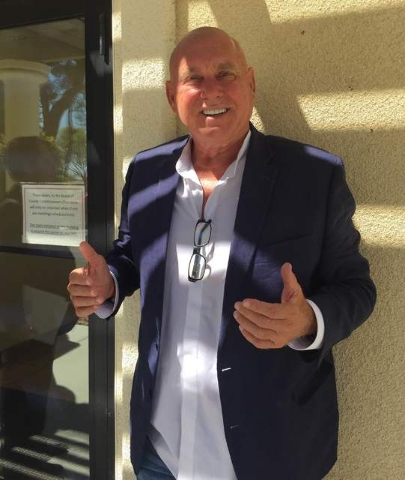 The campaigns for Assembly District 36 are heating up as Libertarian candidate Dennis Hof’s plan is being set into motion.

Anywhere you look, Hof’s party has media slamming incumbent Republican nominee James Oscarson. From the web to social media, to billboards along Highway 160, you can’t miss what the famed brothel owner has to say about his opponent.

“Shame on Oscarson, he voted for the largest tax increase in Nevada history,” one billboard read.

Hof has made the tax votes the focal point of his campaign strategy, stating that Oscarson has regularly supported raising taxes.

“My campaign is to lay out the truth,” Hof said. “James Oscarson voted 29 out of 31 times for tax increases. When you run as a Republican in District 36 and you lie, you need to be fired.”

Hof went on to say that he has new billboards slated to go up soon that also play off the tax issue.

“Lying James. Raise your taxes, I won’t,” Hof said the billboards will read.

One of his billboards is a recently-replaced one near his Alien Cathouse brothel in Crystal that the county commission was going after as a code violation. A move that he thinks has to do with his political aspirations.

“Why the big deal about the signs now … It’s politically motivated,” he said. “It’s all politics at its worst.”

Oscarson and the tax point that Hof has hammered on, is one of a few key issues Hof will focus on in his campaign.

“You got water – that’s the biggest, the commerce tax, that needs to be repealed and my guns,” he said. “Those are the big three.”

As far as the water debate goes, Hof is against any further regulation of well owners.

“I’m really going to go hard at water,” he said. “James is voting with the governor (Brian Sandoval) and wants to control our wells. He wants to limit the water that I can take out of my own well. That’s not going to happen in my district. My constituents will not put up with that; James will.

Hof said gun rights issues will also be something he points at the forefront of his campaign, as he is a firm believer in the rights of gun owners.

“I’m afraid,” he said. “If he is lying about taxes, is he lying about my guns? I’m concerned about it as a business owner and NRA member.”

Hof also mentioned that sex trafficking is another area of interest in his campaign, as he said it was “out of hand.”

With Oscarson edging out opponent Tina Trenner 1,988 to 1,855 votes in June’s primary election, Hof said it shows that Republicans are fed up with the incumbent.

“The Republican Party in Nye County has turned their back on James Oscarson completely,” Hof said. “He only beat Tina (Trenner) by a very small amount, and he had a fortune thrown at him by the governor, who supports the gaming. Gaming and mining wanted the commerce tax and they bought James Oscarson.

“You know what they call people that you buy and that take money for favors.”

With just two-and-a-half months left until the Nov. 8 general election, Hof is confident he can win against the two-term Oscarson.