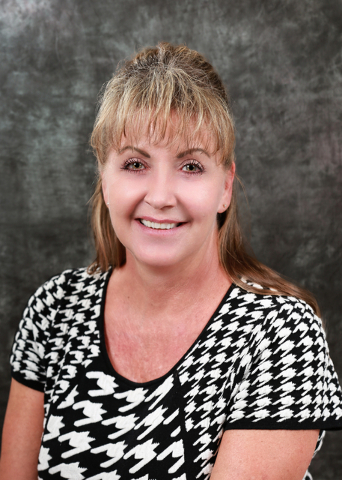 There’s another new face at the Pahrump Valley Chamber of Commerce, as Vicky Hilling has taken the helm as the organization’s new event coordinator.

Hilling took over the job position on July 11, replacing outgoing Matt Braun, who left to pursue other opportunities.

Hilling has lived in Pahrump since 2011 when she moved to the area from Idaho, working similar jobs at area casinos, which made the new job right up her alley.

“I worked for the Nugget as their banquet manager for about two years and then I went to Mountain Falls where I was the food and beverage and banquet manager out there,” Hilling said.

Hilling found out about the job opening when she was notified by acquaintances while she was out of town under unfortunate circumstances.

“I actually found out while I was in Idaho at my mother’s funeral,” she said. “I had a couple of my friends here email me that the chamber was looking for somebody. So I applied when I came back and they hired me.”

Now, being on the job for about a month, Hilling explained that everything has gone smoothly, despite a lot going on at the chamber.

“It’s been good, very busy, but good,” she said. “I’m learning everything, it’s stuff that I’ve already done before, but it’s on a much grander scale.”

Hilling is joining the chamber just they prep for one of their biggest events of each year, the Fall Festival.

“Right now we’re getting ready for the Fall Festival, so I spend a lot of time with vendors coming in and helping them get their applications filled out,” she said. “I’ve also been getting the contracts out for all the entertainers who will be at the festival.”

Although the events she helped carry out at her previous positions in town weren’t as large as the Fall Festival, Hilling has been part of planning events much larger in the past, when she was working in Hawaii.

“We used to do the Pro Bowl in Hawaii, the after-party and all of that,” she said. “It won’t be anything I can’t handle.”

Hilling reminds those who are interested in having a vendor space at the Fall Festival, which takes place from Sept. 22-25 at Petrack Park, that the deadline to sign up is Sept. 2.

Hilling has also been working on the push to bring the Moving Wall Vietnam memorial tribute to Simkins Park, in conjunction with the festival. The chamber needs a minimum of 100 patriots to sponsor the event at $100 each. All of the profits made from the sponsors will be donated back to local Pahrump veteran organizations.

Potential Fall Festival vendors or Moving Wall sponsors can go to the chamber’s website at www.parumpvalleychamber.com or visit their office located at 1301 S. Highway 160 to sign up for either event.

Overall, Hilling hopes to put on the biggest events possible for the town, while helping local businesses grow their opportunities through those events as well.

“Just making the events bigger and better for our community and the vendors that come out, I want to make it profitable for them,” she said.