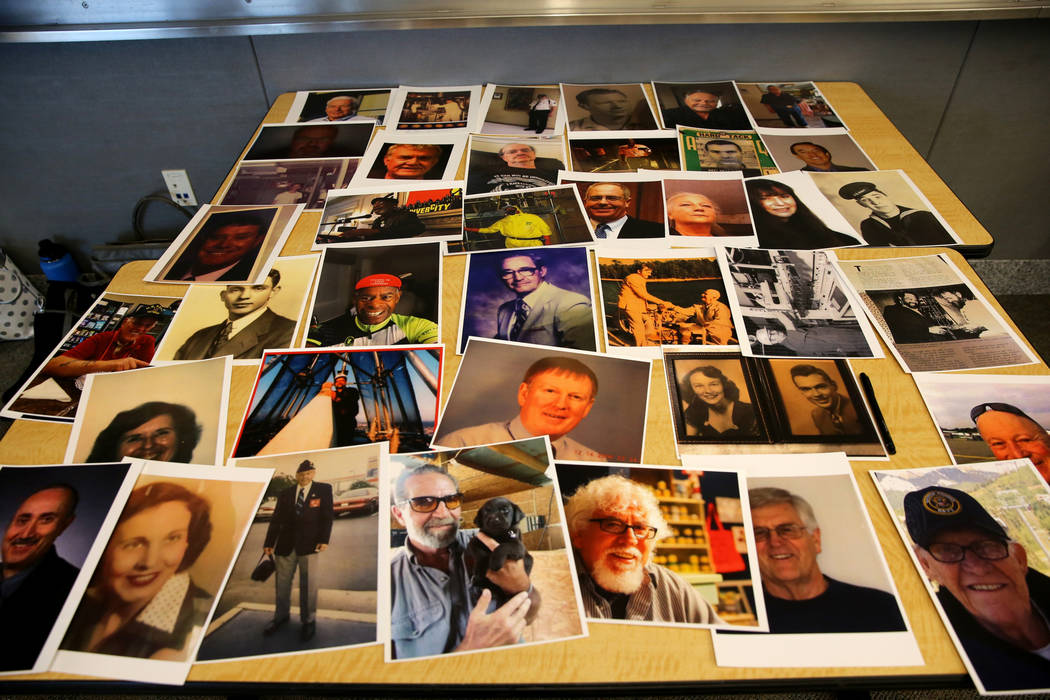 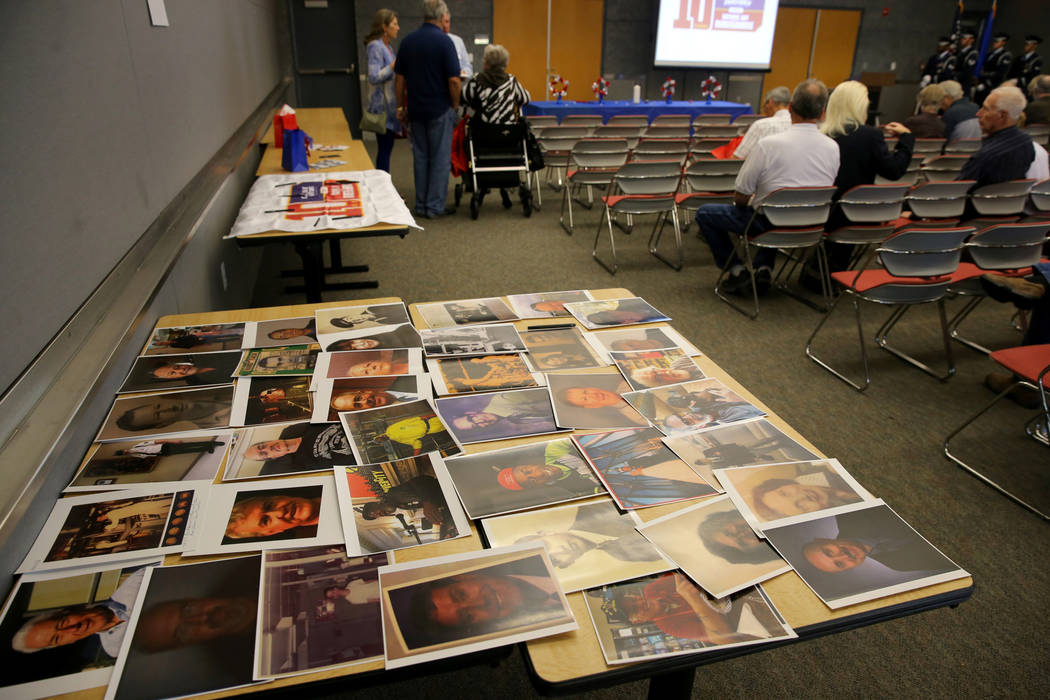 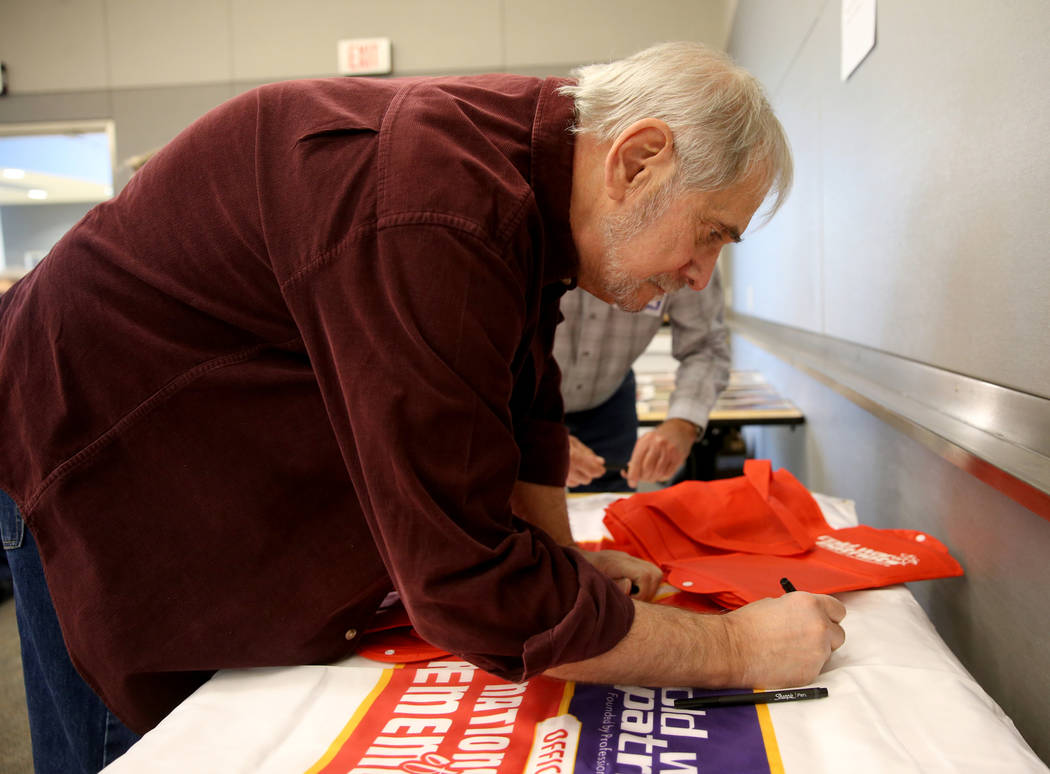 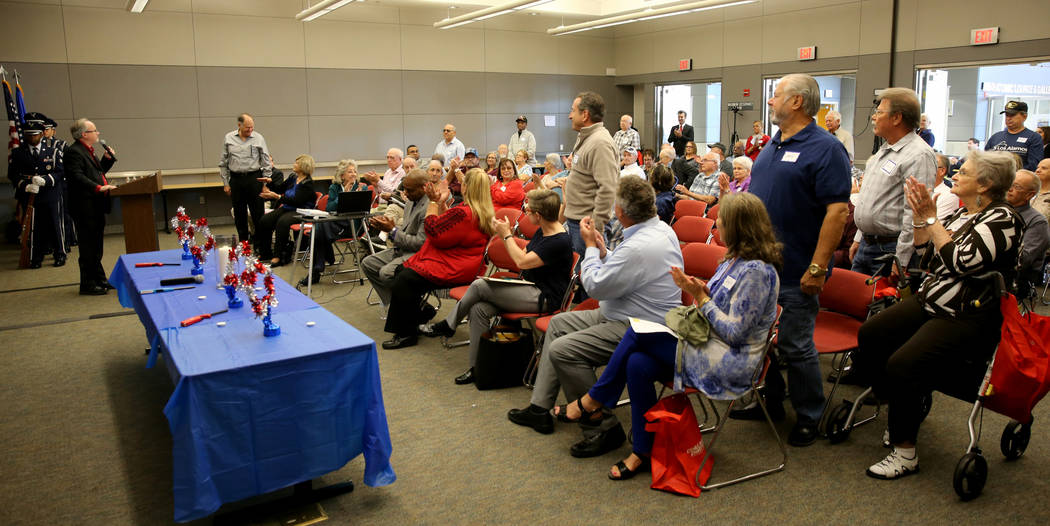 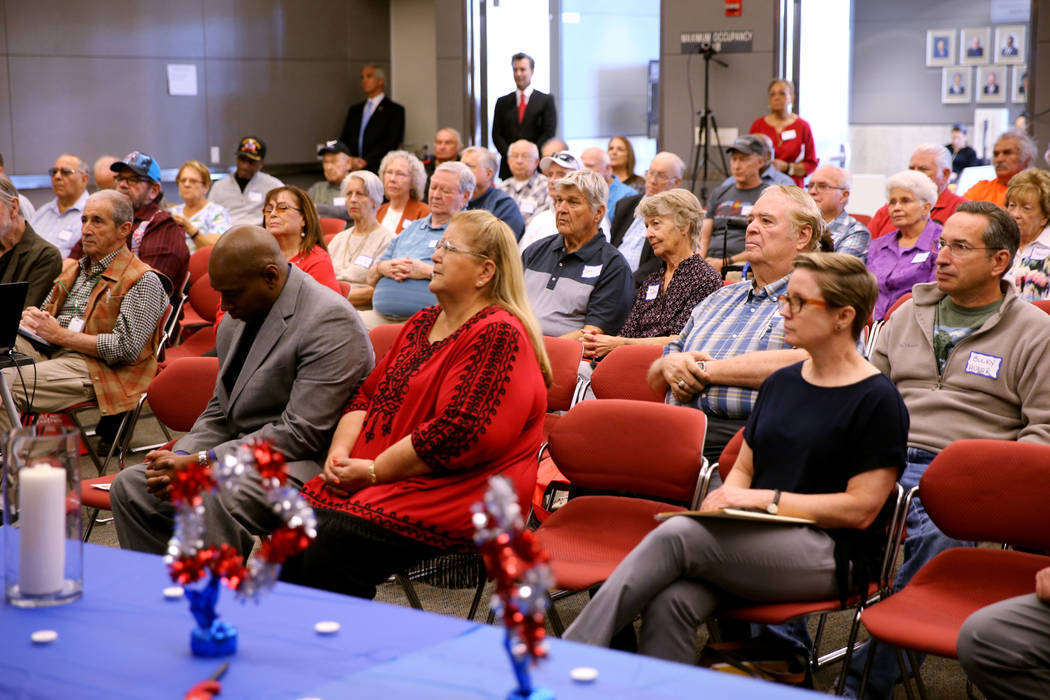 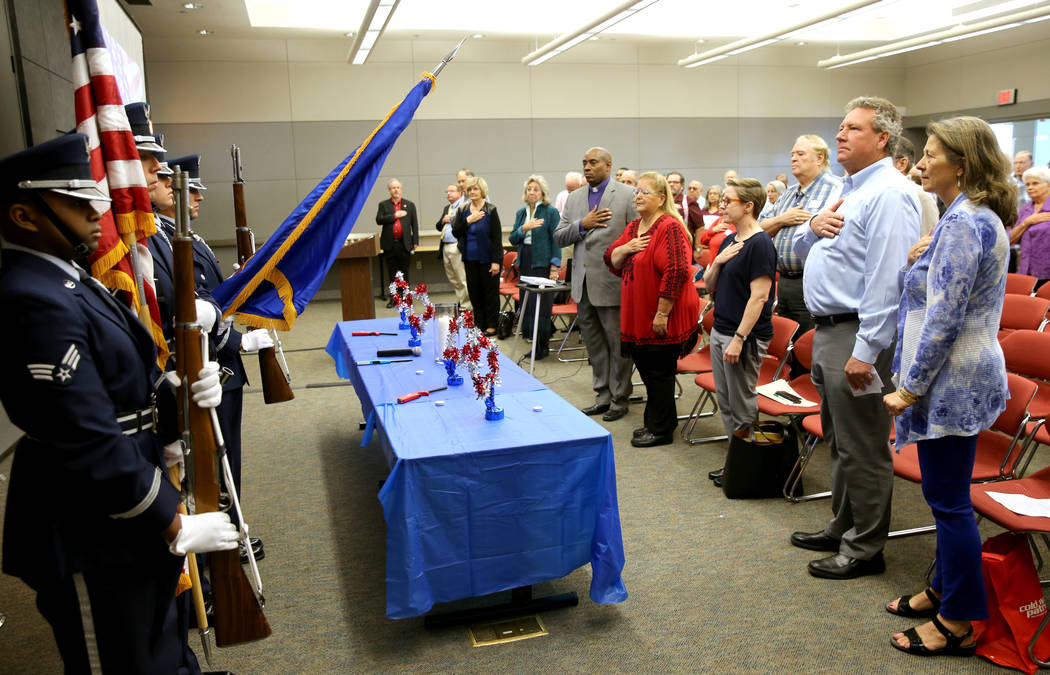 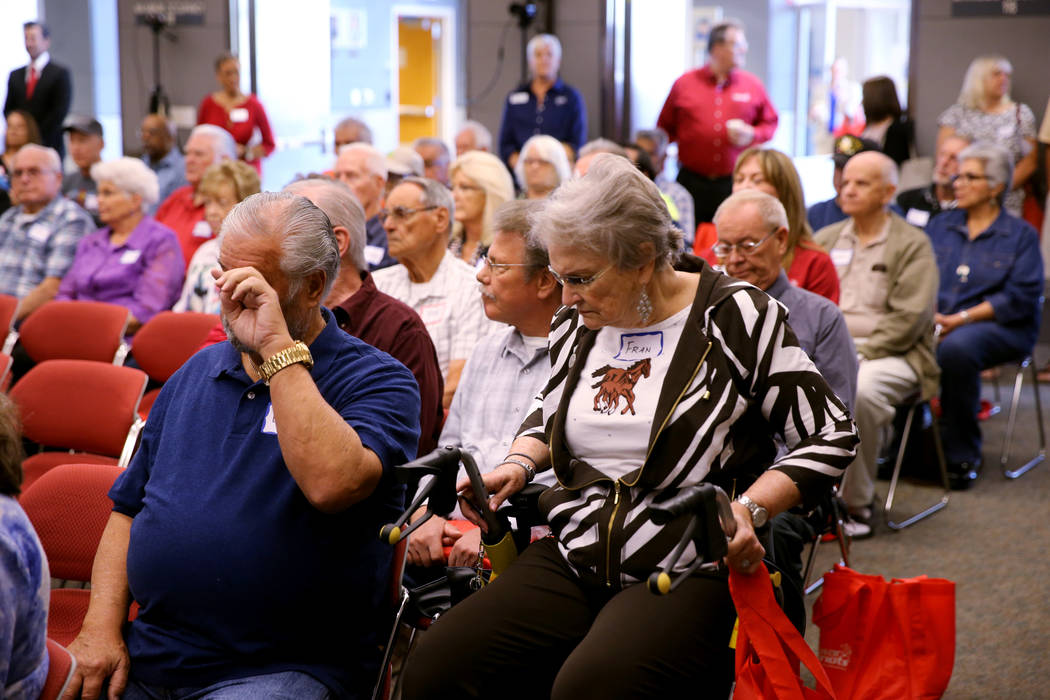 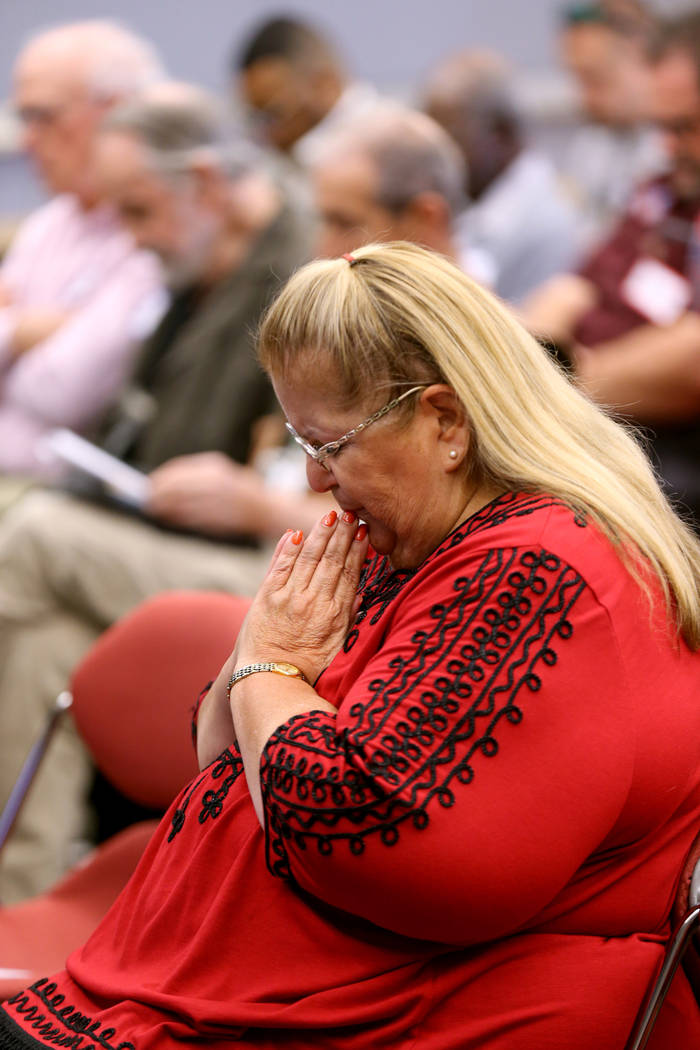 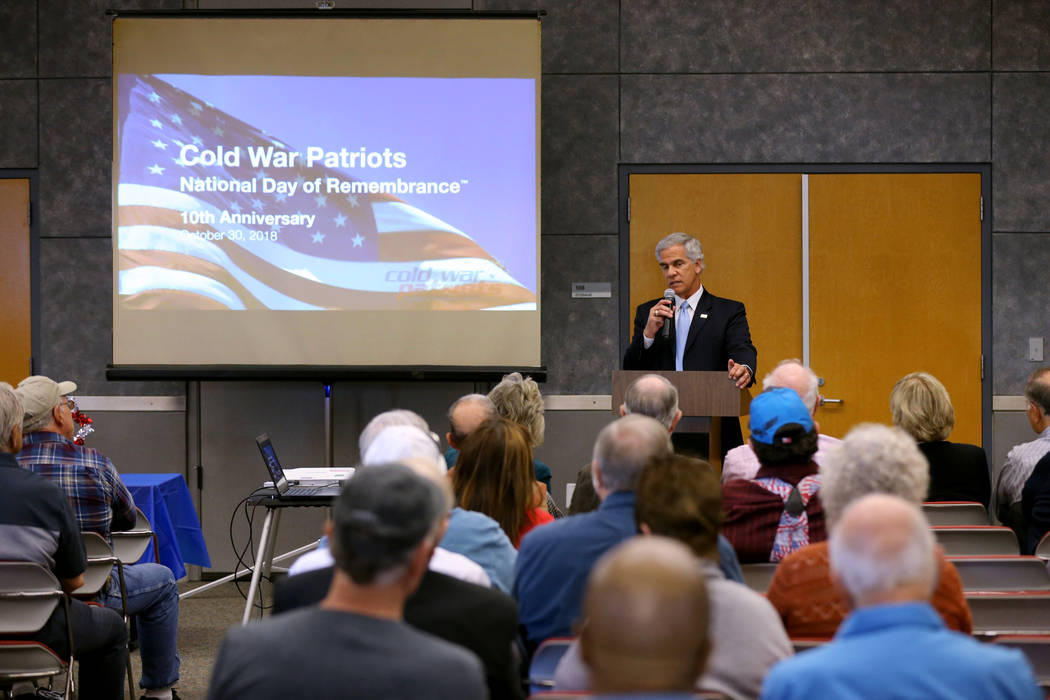 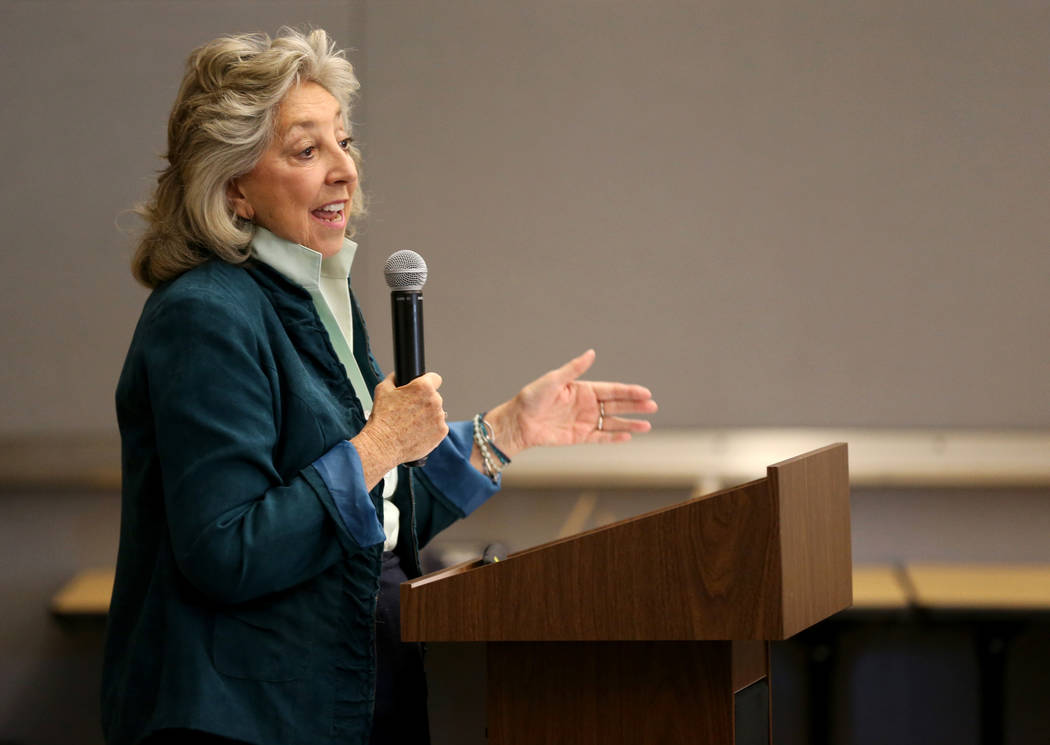 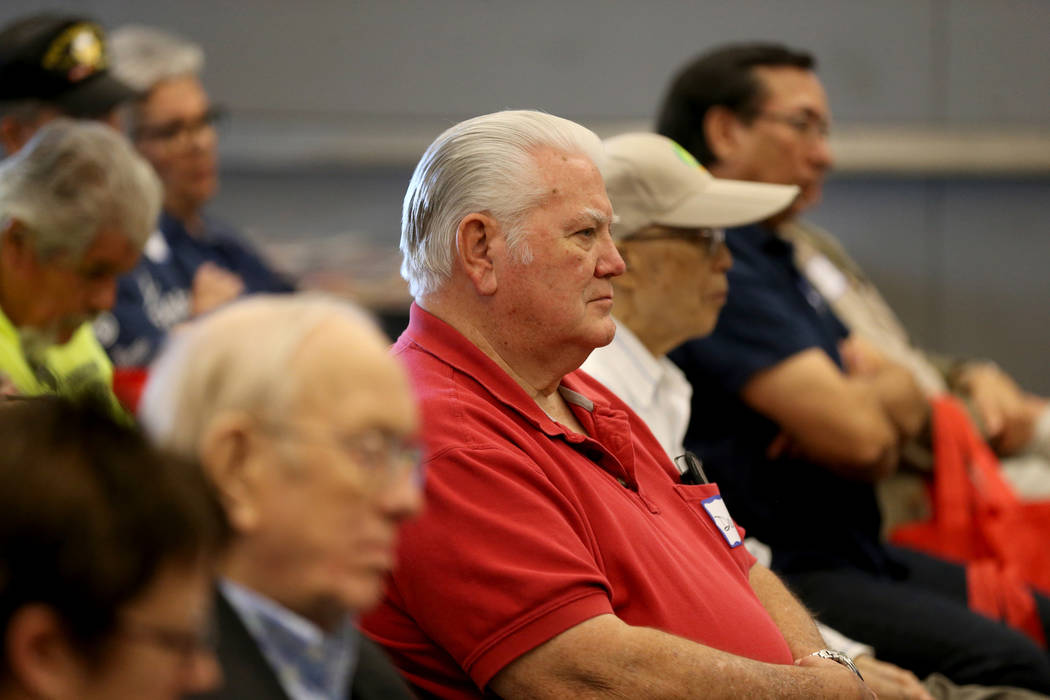 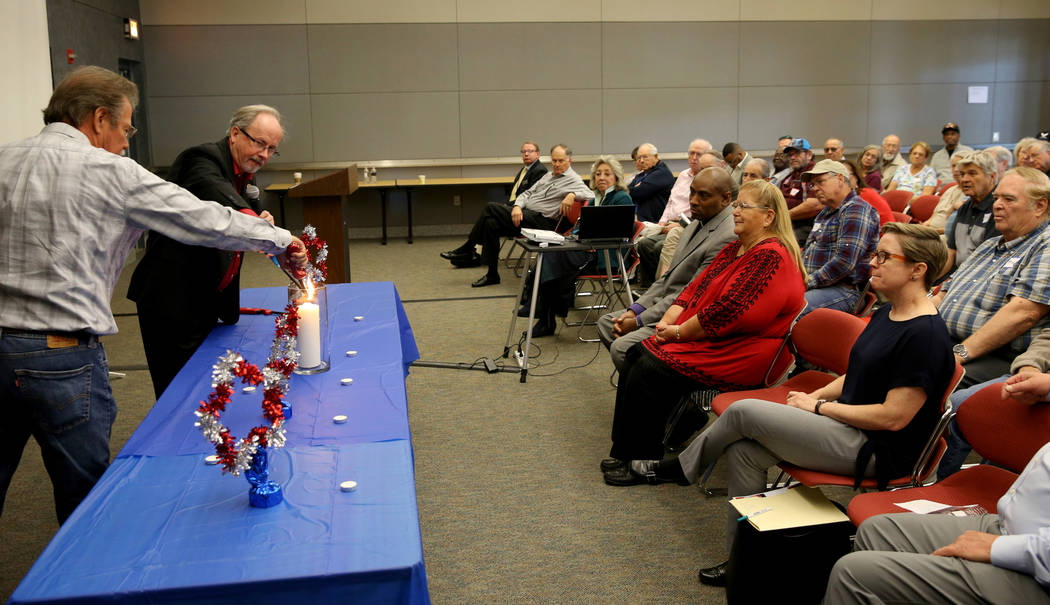 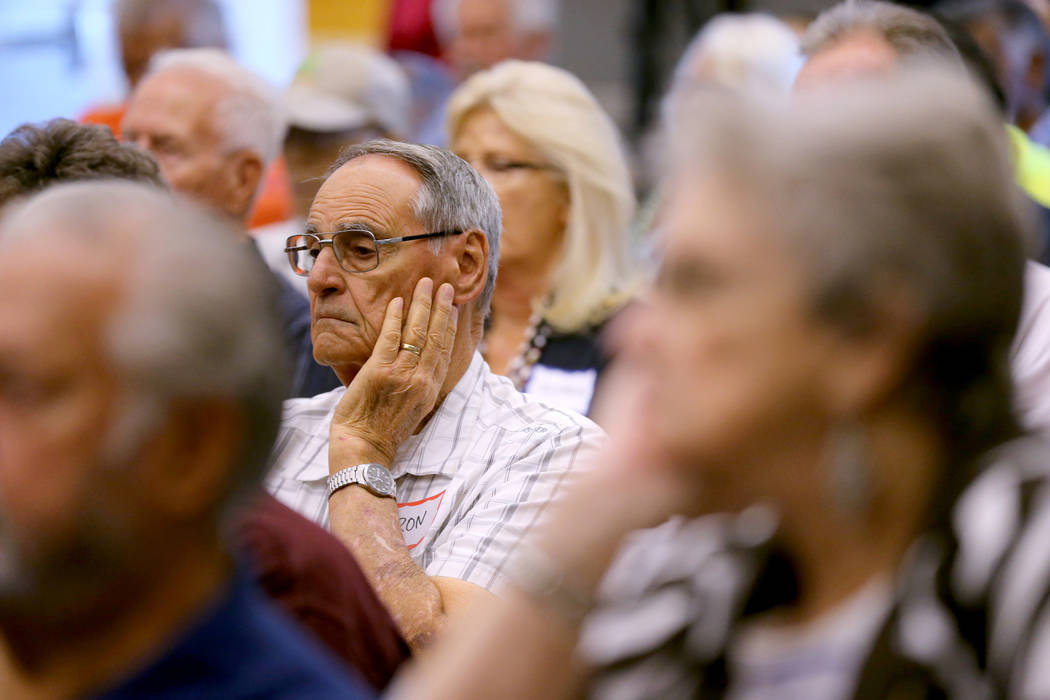 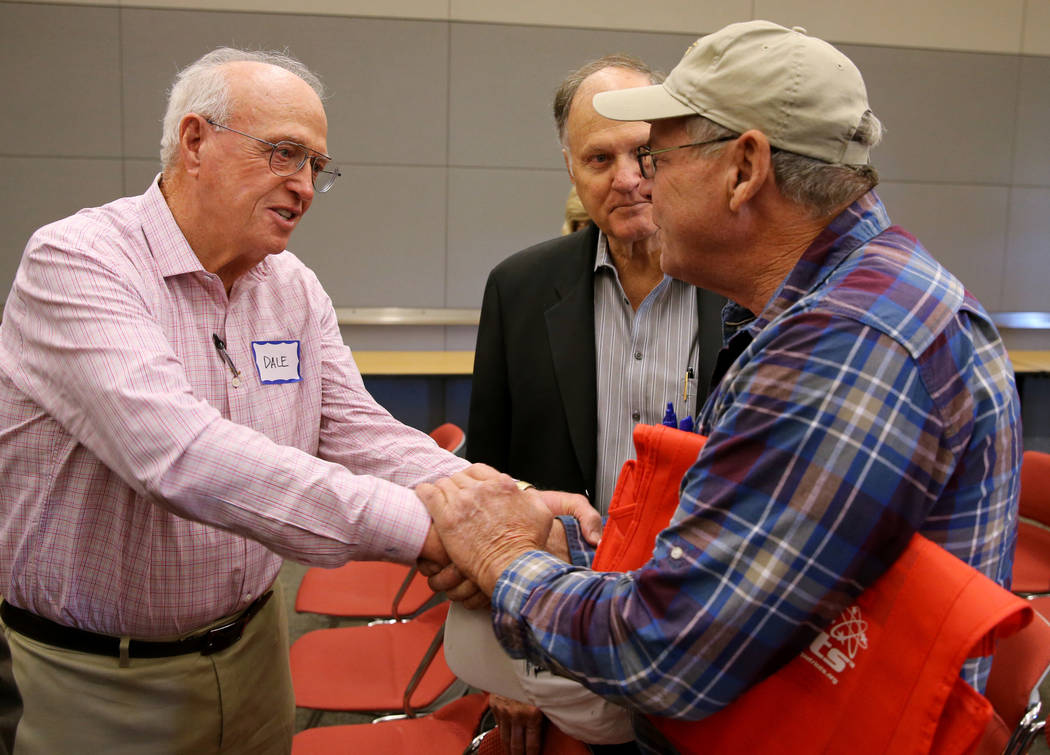 One by one, retired radio technician Randy Rhode lit the 10 candles spread across the table at the National Atomic Testing Museum.

He stood by as the names of more than 100 Nevada Test Site workers, veterans and civilians who have died since last year’s Cold War Patriots National Day of Remembrance were read aloud Oct. 30 during a ceremony at the Las Vegas museum.

To honor those who worked at the Nevada Test Site, the 10th anniversary of the remembrance day was commemorated by the Cold War Patriots, a community resource organization that advocates for nuclear weapons and uranium worker benefits.

“These are the people who helped win the peace of the Cold War,” Michael Hall, executive director of the National Atomic Testing Museum, told a nearly filled room. “Those working out there were still veterans, in a sense. And for me, it’s a living legacy.”

At the reception, the Nellis Air Force Base honor guard demonstrated a posting of the colors before U.S. Rep. Dina Titus addressed the patriots in attendance, some of whom wore decorative bronze pins commemorating the 10th anniversary.

Those wearing silver pins suffered health complications from what they were exposed to at the testing site.

“Over the course of your service, just like any warrior, just like anybody on the battlefield, you left your families behind, you worked in secret, you did critical jobs, and you put yourself in harm’s way,” Titus told the patriots. “Just like we say, ‘no soldier on the battlefield left behind,’ we should leave no Cold War warrior behind, either.”

Tim Lerew, chairman of the Denver-based Cold War Patriots organization, said his team has put together 10 similar ceremonies throughout the country.

About one-third of those who worked directly with the Department of Energy during the Cold War were military veterans, but two-thirds were just regular citizens who suffered ailments and illnesses related to nuclear exposure, Lerew said.

“It’s important for us to remember not only the work that they did, but to care for them the same way we do our military members,” he said.

He looked around at the patriots surrounding him.

“They did this extraordinary work in secret to provide for our nation’s national security,” he said. “It’s kind of like a family reunion.”

Former Navy Cmdr. Dan Williams, an engineer who started working with nuclear energy in the military in 1970, said it’s important that the Cold War Patriots be honored and that younger generations understand the history behind it.

“Why did we build nuclear weapons in the first place? That was to win a war and to prevent future wars,” he said.

Although he came from a military background, Williams said that working in conjunction with the thousands of people at the site was a rewarding experience.

“This endeavor right here was a bunch of civilians from all over the place, with no common military structure that I had operated with, yet they developed ways to get along, to work out differences and find solutions for challenges that were huge,” he said. “And they did it.”