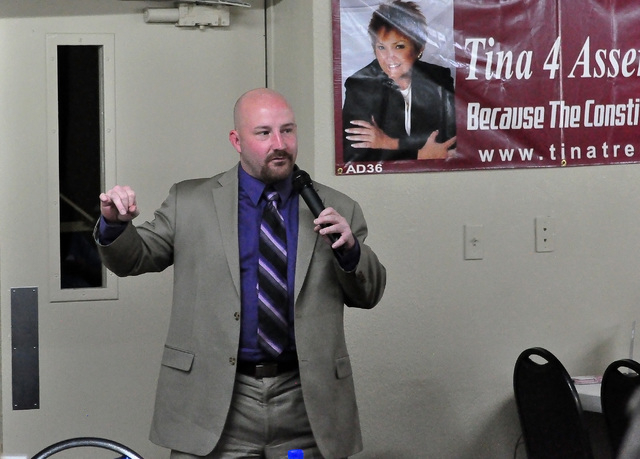 CARSON CITY — The Nevada Supreme Court dealt a likely lethal blow Wednesday to an effort to repeal the state’s new commerce tax, ruling that an explanation of what the referendum would do is defective.

The unanimous ruling sends the issue back to a state judge in Carson City, but time is running out for backers of the referendum measure.

They face a June 21 deadline to collect 55,000 signatures to qualify it for the November ballot.

State Controller Ron Knecht, a leader in the repeal effort, said his group called RIP Commerce Tax has collected about 20,000 signatures as of early May. Wednesday’s ruling means they would have to rewrite the petition and start anew.

The commerce tax imposes a levy on businesses with $4 million or more in annual revenue. It is projected to generate $60 million annually for the state budget.

The referendum sought to give voters the final say on the commerce tax passed as part of a bigger tax package by the 2015 Legislature and supported by Gov. Brian Sandoval.

The Coalition for Nevada’s Future, a group of business interests that supported the tax, challenged the referendum on several grounds. Carson City District Judge James Wilson in December rejected the coalition’s arguments and allowed the effort to proceed, prompting the appeal to the high court.

While justices dismissed some of the coalition’s arguments, they agreed that the description of the effect — a required 200-word explanation of what the petition does — was flawed because it doesn’t tell voters the effect it would have on the state budget.

“Accordingly, we conclude that the referendum’s description is deceptive for failing to accurately identify the practical ramification of the commerce tax’s disapproval, and any signatures obtained on petitions with this misleading description are invalid,” Chief Justice Ron Parraguirre wrote for the court.

Justice Nancy Saitta, in a concurring statement, said petition signers “have been both deceived and misled.”

“Such drafting threatens the sanctity of the petition process and consequently is untenable, and thus, I concur with the majority’s conclusion that the description is invalid,” Saitta wrote.

Sandoval said he appreciated the court moving quickly to resolve the issue.

“The sponsors of this referendum owed it to the voters to explain the effect signing this petition would have on the state budget and most importantly, students and classrooms across Nevada,” Sandoval said in a statement released Wednesday night. “This decision is a victory in the fight for transparency and a citizen’s right to accurate and truthful information.”

RIP Commerce Tax is considering its next move, Knecht said in an email Wednesday evening. “We are evaluating our options for clarifying these matters, resolving the court case and getting the required signatures,” he said.

The group disagrees with the court’s finding, Knecht said

“With all due respect, we believe the Nevada Supreme Court’s decision reflects a misunderstanding of the facts about the effect of a commerce tax repeal on the FY15-16 and FY16-17 budgets and state spending,” he said. “As we have shown, there will be no effect on either of them. And any effect that would be realized in FY17-18 and beyond would be addressed by the legislature in the budgets it will adopt a year from now.”