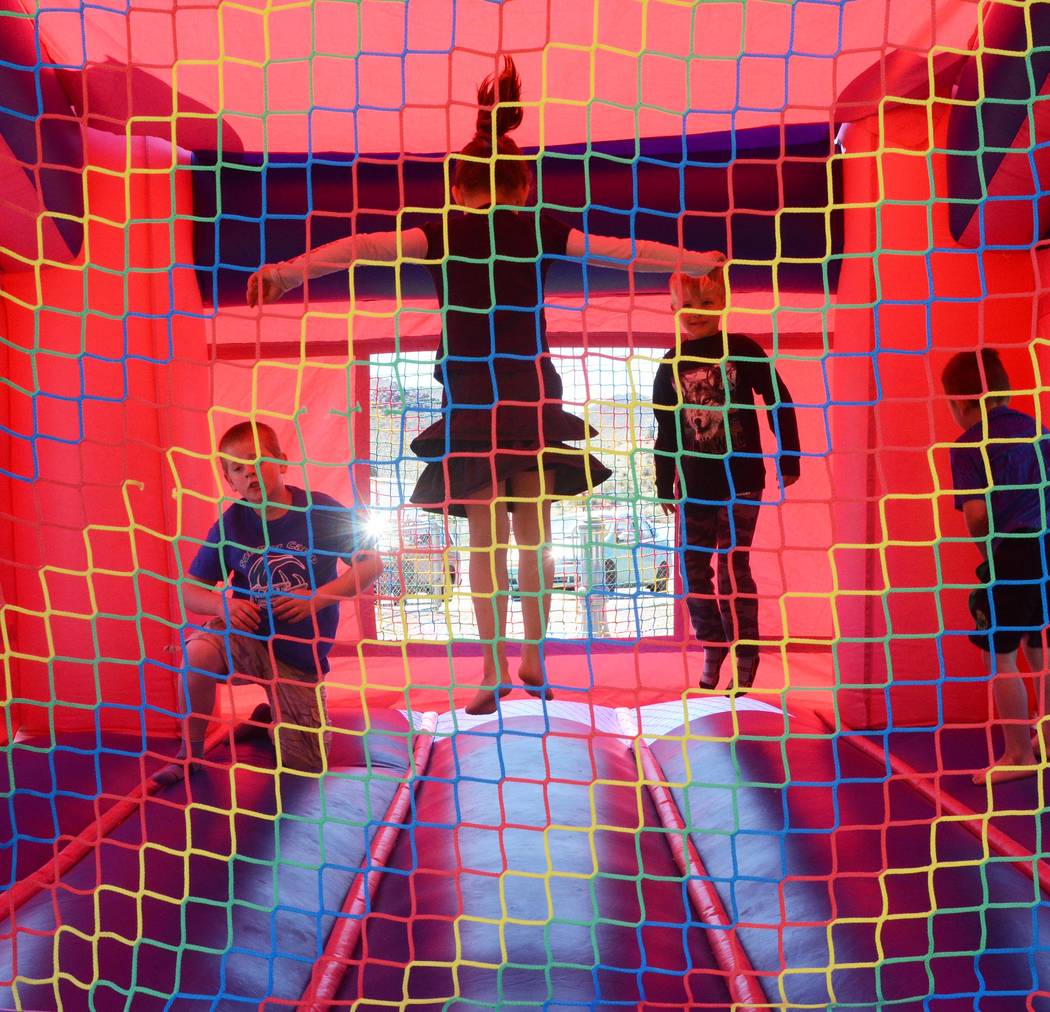 Richard Stephens/Special to the Pahrump Valley Times A look at the Helping Hands greeting event in Beatty where participants enjoyed the gathering, including children using the bounce house that was part of the event. 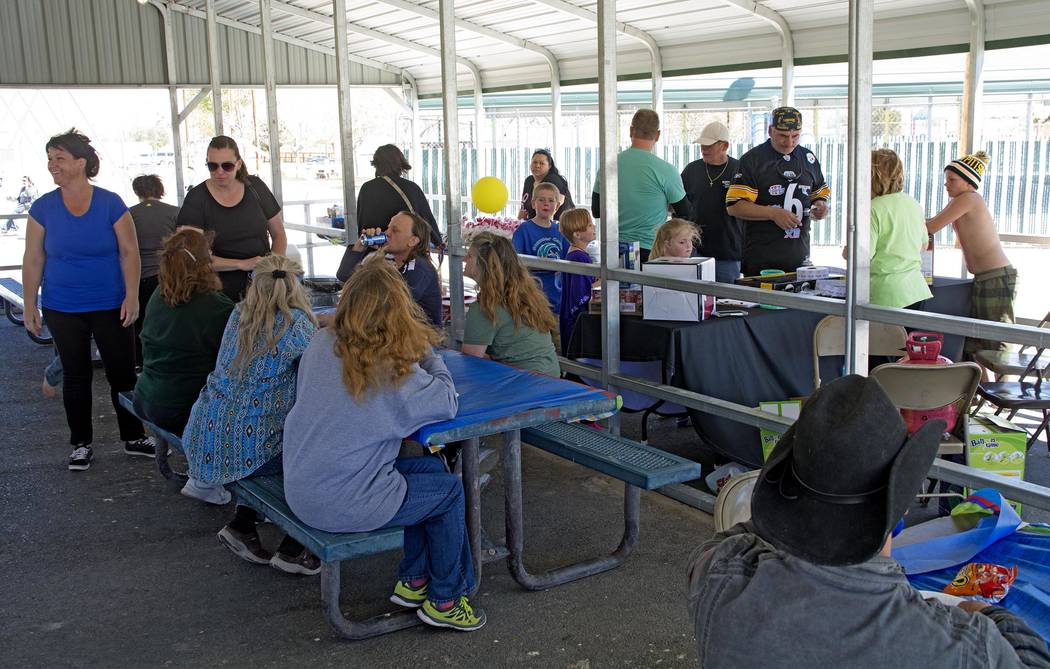 Richard Stephens/Special to the Pahrump Valley Times A look at the Helping Hands greeting event in Beatty where participants enjoyed the gathering. 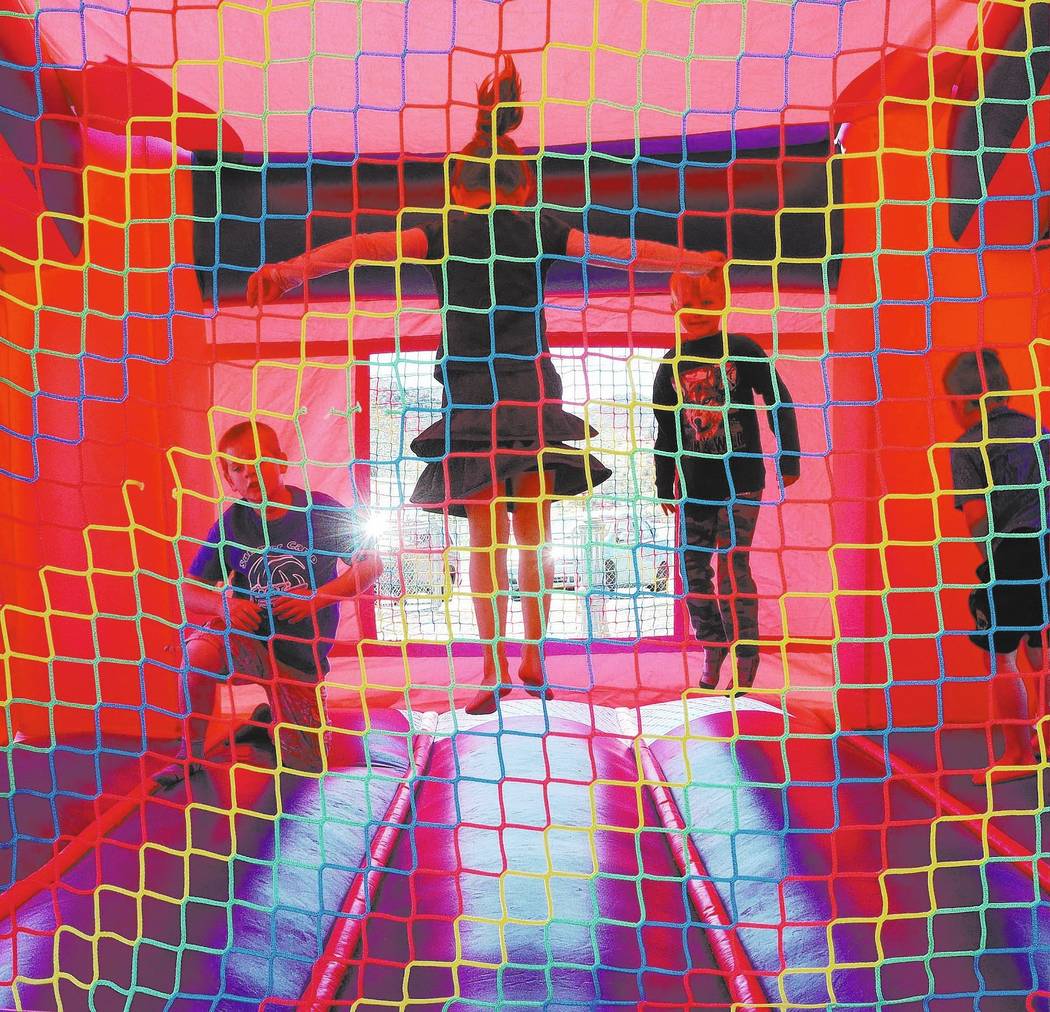 BEATTY — Helping Hands Counseling Center, which has an office in Pahrump, introduced itself to Beatty on April 1, with a greeting event in the town park.

The food was provided by the Beatty VFW, and children enjoyed playing in a bounce house.

John Phipps, who has a master’s degree in marriage and family therapy, started the company in 2014. It now is serving several locations in Nevada.

Part of the company’s mission statement reads, “We strive to aid in the continued mental health and recovery of adults and families affected by disability, trauma, violence, abuse, and neglect.”

Helping Hands provides a variety of counseling and therapy services for Medicaid patients. It can provide basic skills training in such things and hygiene and self-care, socialization, parent education, household management, time management, and more.

The company searched for office space in Beatty and settled on leasing the basement of the Hilltop Baptist Church.

Phipps said that starting this week, they plan to be open Tuesdays and Wednesdays and hope to add Thursday when school is out. They will be providing services mostly through Skype, but he said they hope to be able to provide face-to-face counseling and therapy once a month or so.

One high-tech form of care Phipps hopes to bring to Beatty soon, and which is already available in Pahrump, is bio-neuro feedback therapy.

In this therapy, a patient is connected via electrodes in patches attached to his neck and head to a machine with a display that allows him to visually monitor and control his concentration and emotion—a bit like playing a video game without a controller, just using the mind. He said this is very effective in helping with anxiety, stress, and ADHD symptoms.