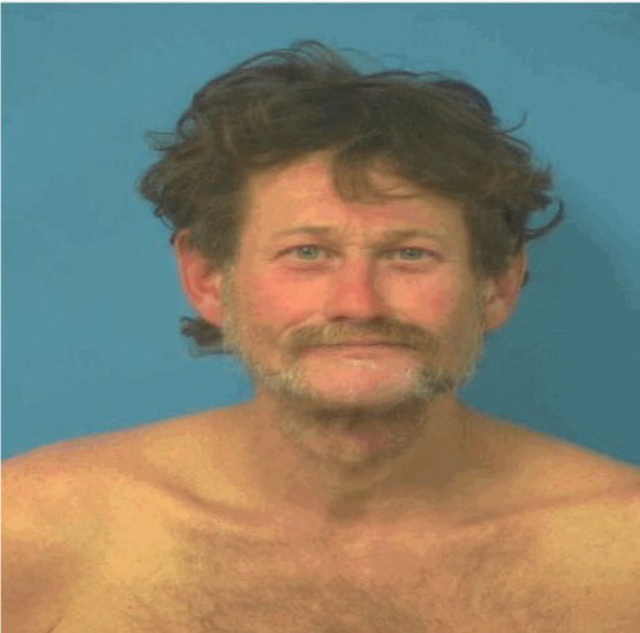 A man was arrested earlier this month after being accused of stealing various items from a local property.

John Pretzner was arrested by the Nye County Sheriff’s deputies Jan. 5 and charged with preliminary counts of burglary and trespassing.

On Jan. 5, sheriff’s deputies were dispatched to Highway 160 and Mesquite Avenue in reference to a suspicious man in the road.

Upon arriving at the scene, deputies made contact with a man, who was later identified as Pretzner, on the northeast corner of Highway 160 and Mesquite Avenue.

Pretzner told deputies that he lived in the area at an address located on the 2000 block of North Highway 160, according to the arrest report.

The deputy noted that on Dec. 30, the sheriff’s office received a report of stolen property and vandalism from the location Pretzner mentioned.

The property owner, who resides in Las Vegas, drove out to Pahrump to check on his property, as he does on occasion.

On Dec. 30 the owner noted that two vehicles, trailers and a well pump were taken from the location. In addition, scrap metal was stripped off the sheds and trailers to be sold, according to police.

Pretzner claimed that he lived at the address and that he knew the man who owns it, police said.

The owner was contacted by the sheriff’s office to see if he in fact knew the man and the man said he didn’t know Pretzner and that he did not give anyone permission to be on his property.

The arresting deputy noted that he encountered Pretzner a day prior on Jan. 4 and he was in possession of the property owner’s identification card. Pretzner could not give a valid reason as to why he had the ID. The property owner said that the ID card was also stolen from his residence.

The deputy said that he looked over the residence and that it was in bad condition, and it appeared that Pretzner was squatting on the property.

Pretzner was taken into custody and transported to the Nye County Detention Center on the pair of charges. He is being held on $5,640 bail.

Inmate rearrested after stolen property is found in stolen vehicle

A Pahrump man who was already incarcerated was rearrested Tuesday after being accused of stealing items that were found in a stolen vehicle.

An evidence technician informed a deputy that she released a stolen vehicle that was received for a case that Ybarra was previously charged in. Ybarra was formally charged with offense involving a stolen vehicle, battery upon a peace officer and obstructing a public officer, among other infractions by the District Attorney’s office on Dec. 29 for an incident that occurred last year.

The deputy was informed that the owners of the vehicle noted that there was property inside the vehicle that did not belong to them.

The deputy contacted the victims of the burglary case and confirmed the items found in the stolen vehicle, a class ring, a 40-inch television, a purple glory flute and other items, were those that were involved in the case.

The deputy also discovered modified silverware which the deputy recognized as common tools used to manipulate locking devices, and a pair of blue latex gloves that Ybarra was wearing when he was arrested, police said.

The deputy also noted was that Ybarra was wearing the class ring with the victim’s husband’s name engraved on it at the time of his arrest.

Ybarra waived his rights and agreed to speak with the deputy while in jail and admitted to being in the area of the burglary with his brother.

Ybarra was rebooked on the trio of new charges and is being held in the Nye County Detention Center.