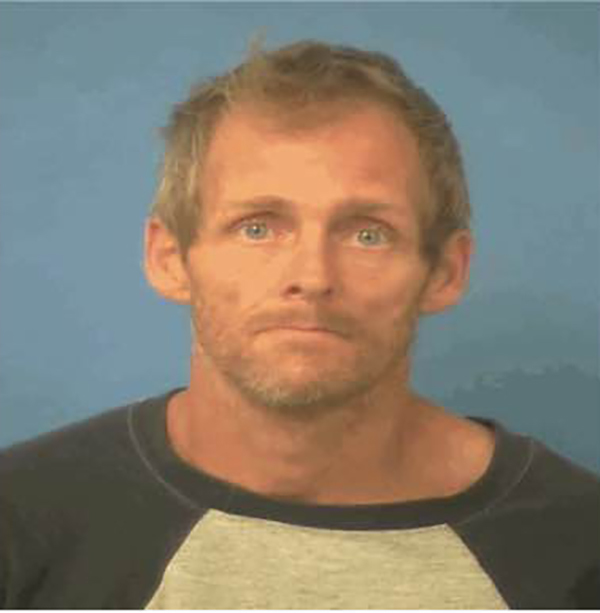 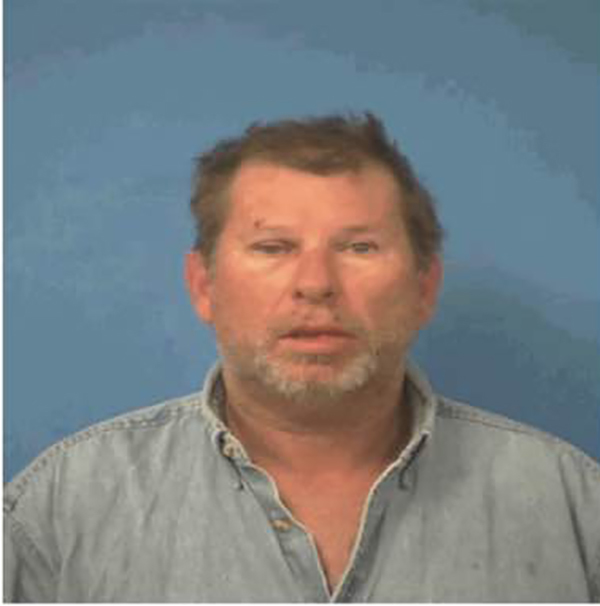 A Pahrump man was arrested Sunday after allegedly pulling a knife on employees at a popular bar, shortly after being removed from the business.

William Barter Jr. was taken into custody by the Nye County Sheriff’s Office on Nov. 6 and charged with a preliminary felony count of assault with a deadly weapon for the alleged incident last week.

Sheriff’s deputies were dispatched to Paddy’s Pub at 1 a.m. Sunday morning in reference to a disturbance.

Upon arrival, the responding deputy made contact with an employee of Paddy’s Pub, who pointed out the alleged suspect, who was running to nearby Terrible’s Road House Casino, the arrest report stated.

The deputy tracked down the suspect and identified him as Barter and interviewed him. Barter, who the deputy noted as being heavily intoxicated, stated, “All I did was pull a knife on the guy outside of the bar.”

The deputy then pulled a black knife out of his left front pocket, police said.

An employee of the bar told police that he had to kick Barter out of the establishment. The employee stated that around 10 minutes later Barter returned to the pub and started to speak with the owner of Paddy’s Pub.

While speaking with the owner, Barter saw the employee, who escorted him out of the bar and the suspect allegedly attempted to regain entry to the pub and pulled out a knife, pointing it at the employee and said that he was going to cut him.

As he tried to enter the business, the owner was able to close the door on him, denying entry and preventing further incident.

Barter Jr. was arrested on the single felony charge and booked into the Nye County Detention Center, where he’s being held on $5,000 bond.

A Pahrump man was arrested last week after he allegedly stole several items from trailers at a home he is renting.

The Nye County Sheriff’s Office arrested Harvey Edwards on Nov. 2 and charged him with preliminary counts of burglary, grand larceny and obtaining money under false pretenses for the alleged incident.

Sheriff’s deputies were dispatched to a residence on the 1000 block of Dyer Road at around 10:50 p.m., Nov.2 in reference to a citizen dispute.

Upon arrival, a deputy noticed a medium-sized drawer full of miscellaneous jewelry, coins and other various items on the tailgate of a pickup truck, police said.

The deputy made contact with a pair of men, Edwards and the alleged victim.

The victim said that all the trailers were secured with padlocks and that Edwards or his wife did not have permission to enter them, the arrest report stated.

While he was at the house that day, the victim said that Edwards approached him with the drawer of items and told him that he had stolen them from the trailers on the property, the arrest report said.

Edwards also informed the victim that he had already pawned some of the items he allegedly stole. The victim claimed that around $5,000 worth of items were stolen from his trailers by Edwards.

When questioned about the incident, Edwards stated that he had “slammed a 20” of methamphetamine and the next thing he knew, he was breaking into the victim’s trailers, according to police.

Edwards explained that he entered an RV through a window, one trailer through the roof and at another trailer he was able to remove the padlock and enter through the back door, the arrest report stated.

After taking the items, Edwards said that he cashed in $120 in change that he took, pawned an item he took for seven dollars and took the rest of the items to a friend’s house that he said he only knew by the name of “Irish” and he did not know what happened to those items after that.

Edwards said once he sobered up, he felt remorse for stealing the items and that he had to come forward to face the consequences of his actions, the arrest report said.

Edwards was arrested and transported to the Nye County Sheriff’s Office where he was being held on $8,140 bond.