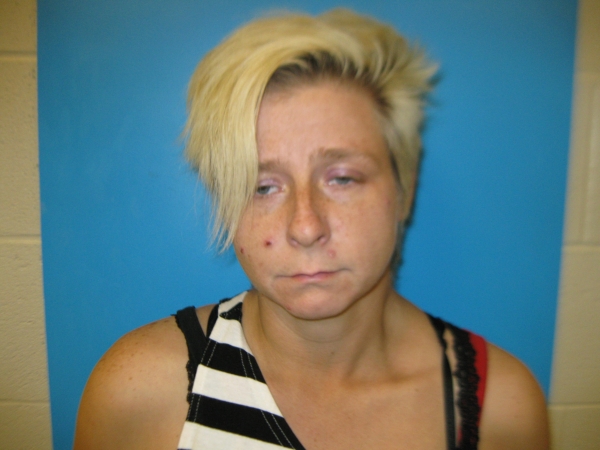 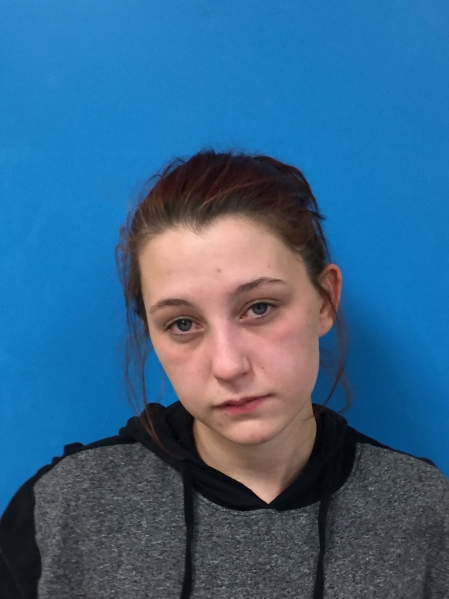 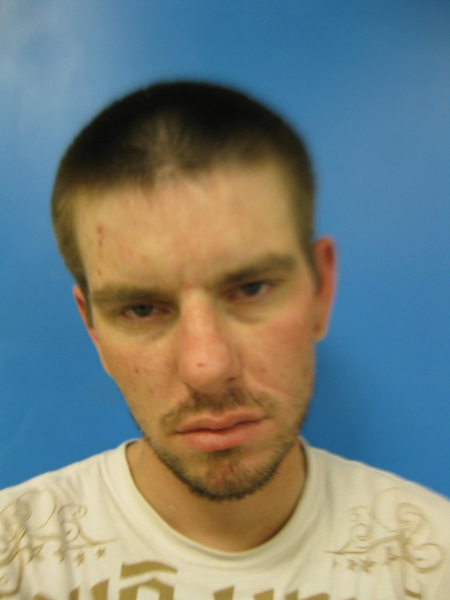 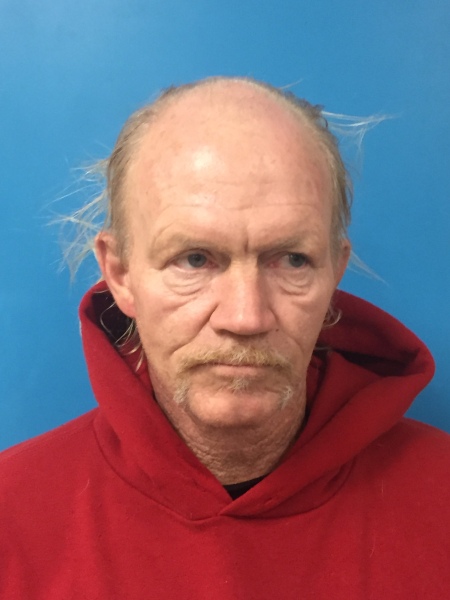 A Pahrump woman was arrested last week on 16 preliminary charges stemming from a traffic stop that yielded evidence of various crimes.

Jessica Hamlett was arrested on Christmas Eve by the Nye County Sheriff’s Office after a run-in with police the previous night.

On Dec. 23, a deputy attempted to pull over her Jeep Cherokee for having no tail lights on and no license plate on the vehicle. Once the deputy turned on his lights and sirens Hamlett increased speed and went off the road near Charleston Park Avenue and Linda Street.

Hamlett and a man, believed to be Donny McFadden, according to the Nye County Sheriff’s Office, fled the vehicle and ran through an empty desert lot. Hamlett was caught in the desert area, but the man escaped.

When questioned, Hamlett claimed to be the only occupant in the vehicle, but would lead detectives to a residence where she had just dropped McFadden off.

Deputies took Hamlett to the residence where she claimed that McFadden was dropped off to which deputies determined that he had just left the location prior to their arrival.

When deputies and Hamlett returned to her vehicle in the desert it was gone. She then filed a stolen vehicle report.

Then on Dec. 24, sheriff’s deputies responded to a report of a woman sleeping in a grey Jeep Cherokee with no license plate.

The deputies discovered Hamlett was the woman in question, and when ordered out of the vehicle, multiple debit and credit cards fell from her lap to the ground.

After consenting to a search of her vehicle, police found multiple debit and credit cards, along with checks with various names on them.

After the discovery of the said items, Hamlett claimed that she had loaned her vehicle out and knew her vehicle was used to commit mailbox thefts.

At the time of her arrest she didn’t divulge her name and she was booked into Nye County Detention Center under “Jane Doe,” but her identity was eventually discovered after her booking.

Hamlett is charged with 16 counts, including four counts of obtaining/possessing credit/debit card without the cardholder’s consent, obtaining money/property under false pretenses and various charges related to drug and paraphernalia possession, among others. She is being held at the Nye County Detention Center held on $73,750 bond.

One was already in custody prior to divulging his role

Cook spoke with a sheriff’s deputy at the Nye County Detention Center and informed him about alleged crimes revolving around cashing bad checks.

Another man, Jonathan Boyer, was arrested on Dec. 17 for allegedly cashing bad checks and receiving $1,900, according to police.

Boyer cashed checks from another woman, who upon investigation, sheriff’s deputies found that he did not have the victim’s consent to possess or cash checks in her name.

Three checks were cashed over a one-week period and Cook said that he received checks from a male acquaintance then presented them to Boyer, police said.

Cook said that for his role as middleman in the alleged operation, he received a small sum of money, but wouldn’t elaborate on how much that sum was.

In addition, Cook admitted to being present during the times Boyer cashed the checks at the bank, but denies being in his vehicle, or writing/signing the forged checks.

Kayla Williams, Boyer’s girlfriend, was also arrested on Dec. 19 for her alleged involvement in the scheme and charged with the same eight counts as Cook.

Williams admitted to being present when Boyer cashed the bad checks, as she was the front passenger in his vehicle during those times, police said.

Cook, Boyer and Williams all blame one another for signing the checks and none of them will take ownership of the checks.

Cook was already in custody at the detention center on a separate case and was rebooked on the new charges related to the forged checks.

Williams was held on $37,500 bail, but bail amounts for Boyer and Cook were not listed.

Man arrested on preliminary charges of intent to sell narcotics

Sheriff’s deputies were dispatched to a call regarding a alleged robbery that occurred at another location that was not in progress, when they made contact with Bandazian.

Bandazian claimed that he sold the occupants of the location where the alleged burglary took place some wood, which he obtained from a male and a female. After selling the wood, Bandazian claimed he took the male and female home to drop them off after which he noticed that his $100 bill was missing from the center console of his vehicle.

Police said that Bandazian initially claimed the two were sitting in the rear seat of the vehicle.

When the sheriff’s deputy asked if he could search Bandazian’s vehicle in an attempt to find the missing money he nervously consented, according to police.

During the search of Bandazian’s vehicle, the sheriff’s deputy located a pill bottle that contained several pieces of plastic that contained a dark-colored substance suspected to be heroin, a large piece of suspected heroin and a plastic bag that held a couple of grams of suspected methamphetamine and a pill.

After placing Bandazian in handcuffs police said that he claimed the drugs came from the male who he now was claiming to have been sitting in the front seat of the vehicle.

When asked why he was so nervous prior to the search of his vehicle, Bandazian stated it was because he had a small amount of marijuana in his front pocket.

The sheriff’s deputy asked Bandazian if he could retrieve the marijuana from his pocket, to which he consented.

Bandazian was then transported to the Nye County Detention Center where another plastic baggie was discovered in his sweatshirt pocket containing a crystallized substance and a leafy green substance.

The suspected heroin, suspected methamphetamines and suspected marijuana were tested using an ODV test kit and tested positive for their individual narcotics.

Bandazian was then charged on his three counts and booked into the detention center where he is being held on $20,640 bond.