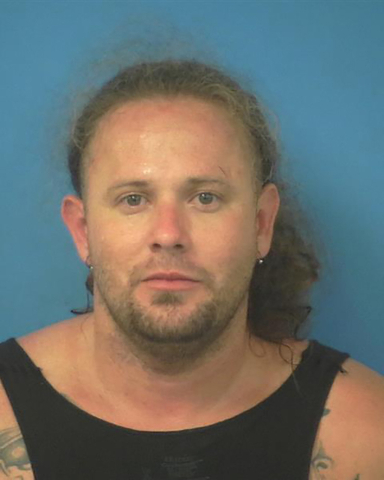 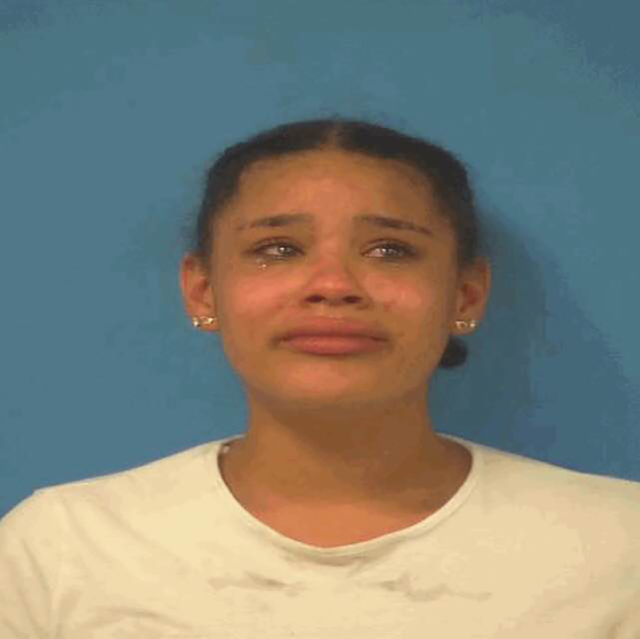 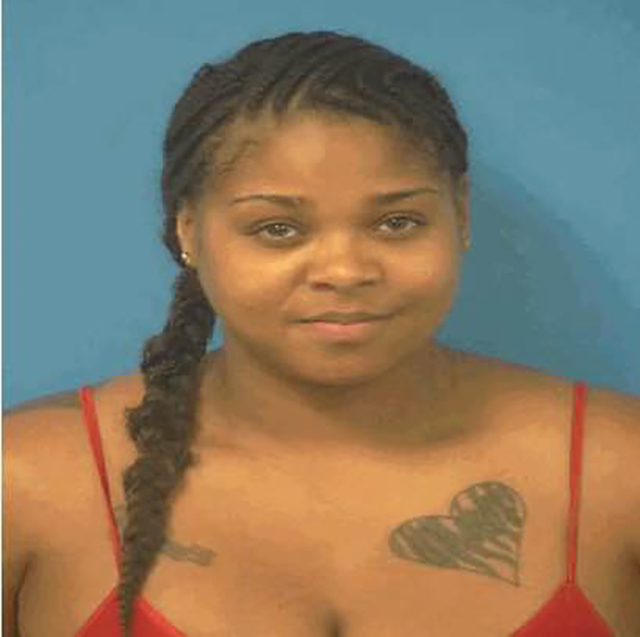 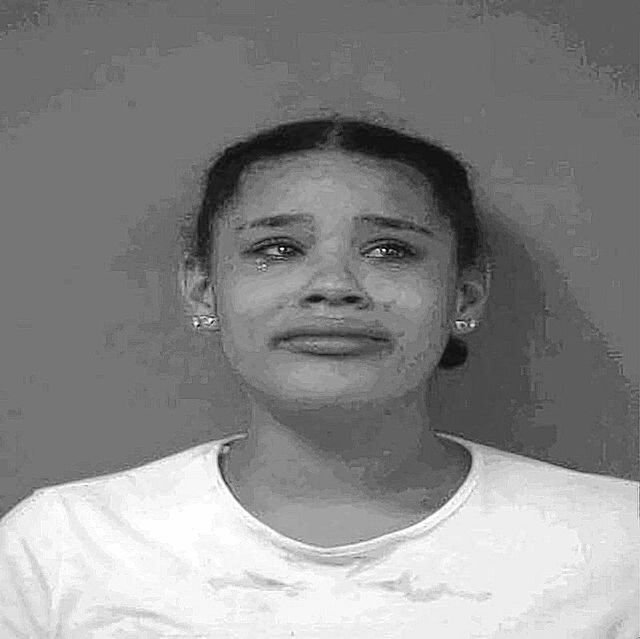 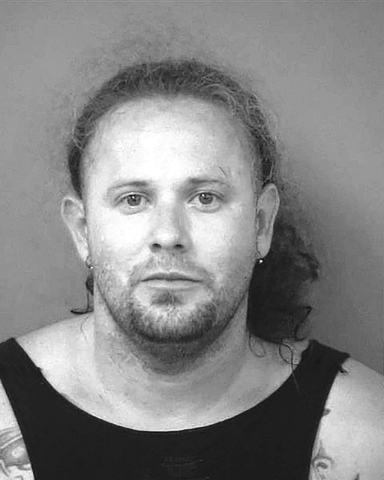 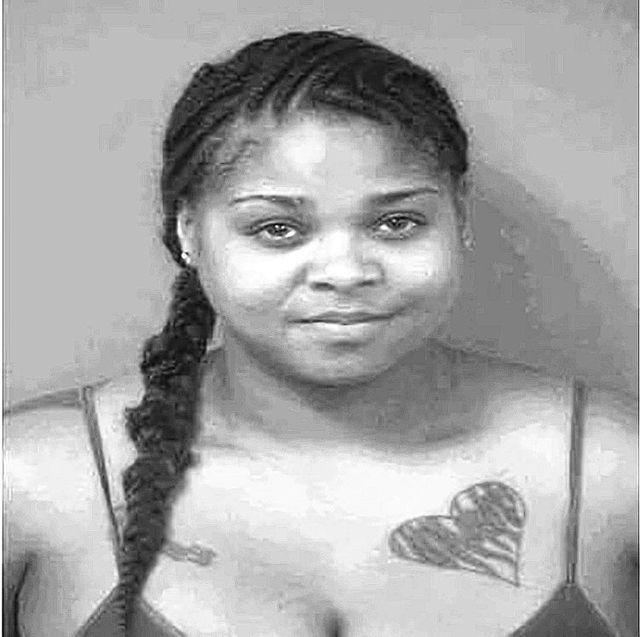 Christopher King 31, was taken into custody by the Nye County Sheriffs Office and charged with grand larceny, three counts; destroy the property of another, three counts; burglary, two counts; attempted burglary, second subsequent offense, two counts; possession of a controlled substance; domestic battery; possession of drug paraphernalia; break/injure a motor vehicle and using the name of another to avoid prosecution.

NCSO deputies located King, who was a suspect in three separate burglary investigations, which allegedly included the Nye County School District and Center Jewelers, and arrested him for the various alleged offenses.

While investigating the alleged robberies, NCSO detectives watched surveillance footage of King committing the burglary at the school district building, in which he came to the building two separate times during that night, committing crimes both times.

The investigation also led detectives to Center Jewelers on July 12, where reports of a burglary there resembled the instances at the NCSD facility. With the help of witnesses near the scene, the NCSO was able to identify King as the suspect.

After speaking with various people who knew King, detectives learned that he was allegedly driving around in a silver Jeep Renegade with California plates. Detectives reviewed the surveillance footage at Center Jewelers and saw the suspect driving away in a vehicle matching the description of the one provided to them by interviewees.

On Tuesday, deputies learned that King was on foot at the Coyote Corner gas station on the corner of Irene and Leslie Streets and that he had allegedly choked his girlfriend.

Deputies immediately recognized King as they arrived at the scene and apprehended him for the various investigations he was wanted in connection with. King told the deputies that they had the wrong individual, stating his name was Michael, according to police.

While conducting a search of King, deputies allegedly found a bag of methamphetamine and drug paraphernalia in his pants pocket, police said. The arrest report noted that King allegedly said that he found the alleged methamphetamine after it was discovered.

During a search of Kings backpack, deputies found his Nevada identification card which confirmed he was King and Michael as he told police earlier. He also allegedly said he found the wallet with the ID card in it.

Detectives then spoke with Kings girlfriend, who explained to them that he got angry with her after she told him she didnt care about cuts he had on his hands, police said.

King allegedly got face to face with the victim while she was driving and began to yell at her. King then proceeded to choke the victim and she claimed to have almost swerved into another car as result of the attack, the arrest report said. Deputies did note red marks on the victims neck.

King was subsequently arrested on the numerous charges and booked into the Nye County Detention Center, where hes being held on $31,780 bond.

According to police, all of the items that were stolen in the burglaries have not been recovered. Anyone with information about the whereabouts of the missing property is urged to contact Detective Sergeant Eisenhofel or Detective Cox by phone at 775-751-7000 or via email at ncso_detectives@co.nye.nv.us.

Woman arrested on preliminary charges including assault with deadly weapon

A Pahrump woman was arrested this week on several preliminary charges, including assault with a deadly weapon stemming from an alleged fight.

Amelia R. Adams was taken into custody Tuesday by the Nye County Sheriffs Office and charged with preliminary counts of assault with a deadly weapon, destroy or injury personal property of another and harassment, for her role in an altercation at a local business.

Sheriffs deputies were dispatched to Big O Tires on Pahrump Valley Boulevard in reference to a fight in progress.

As the responding deputy arrived, he witnessed a woman, later identified as Adams, throwing a rock at a black four-door sedan, the arrest report stated.

As the deputy was exiting his vehicle, he told Adams to drop the rock, when she proceeded to throw another rock and produced a black object in her right hand, police said.

Adams allegedly then sprayed a small amount of spray from the black object in her hand at three people on the scene, police said. After determining the substance was pepper spray, the officer restrained Adams with a bear hug, taking her out of the immediate area.

While the deputy attempted to speak with Adams about the incident, she began to scream at another party involved in the altercation, Toya Tallie, saying that if Tallie doesnt go to jail that she would kill her, police said. The deputy told Adams to stop screaming but she did not comply.

As a pair of detectives arrived on scene, Adams allegedly attempted to charge at the other parties involved, after which she was placed in handcuffs.

Deputies told Adams to get into the back of one of their vehicles and she replied by yelling racial and profane statements at the deputies.

Adams was arrested and taken to the Nye County Detention Center where she was booked on the four preliminary charges. She is being held on $5,640 bond.

As deputies further investigated the incident, they discovered that Tallie had allegedly broken the nose of another person at the scene and booked her on a preliminary charge of assault with substantial bodily harm, police said. She is being held on $50,000 bond.