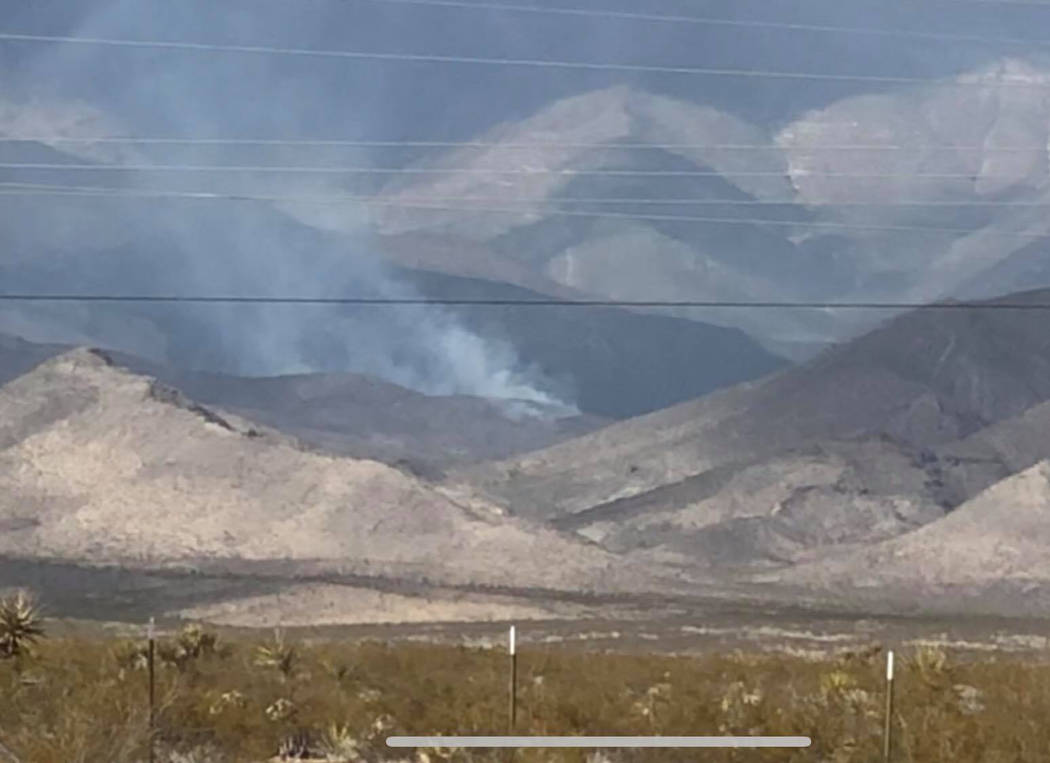 Jessica Reid/Special to the Pahrump Valley Times The 10 acre Crystal Spring Fire, which was 75 percent contained as of Monday afternoon, is burning along the pinyon-juniper woodlands in the Mount Stirling Wilderness Study Area, just north of Pahrump. Resources assigned to fight the lightening-sparked fire, which began on Friday July 20, include two engine apparatus' eight smoke jumpers and a helicopter.

She noted that the original estimated size of the fire which began on Friday, was 20 acres, but that figure has since been amended.

“On Saturday morning they did get an aerial flight up there to map the fire and once they mapped it, it turned out to be 10 acres,” she said Monday. “The firefighters are currently mopping up the interior of the fire and as well as strengthening the containment lines to ensure that the fire does not get out of its perimeters. There were no structures or property damage and we were able to get on top of the fire pretty quickly and keep it down.”

Resources assigned to fight the fire include two engine apparatus, eight smokejumpers and a helicopter.

Due to the fire being in a Wilderness Study Area, Hupp said firefighters are forced to use alternate methods of extinguishing the blaze.

“We can’t go in there with things like retardant or chainsaws and such,” she said. “We want to preserve the area as much as we can in its natural state, so we have other channels known as Minimum Impact Suppression Tactics when a fire is in a Wilderness Study Area. We tend to exercise a little more caution because we are a lot more limited in what we can do in those areas.”

Additionally, Hupp said crews have been working around the clock to prevent the fire from extending.

“They have been working 24 hours to contain the fire,” she said. “They are still working the interior and making sure that they are dealing with a lot of the hot spots in the area.”