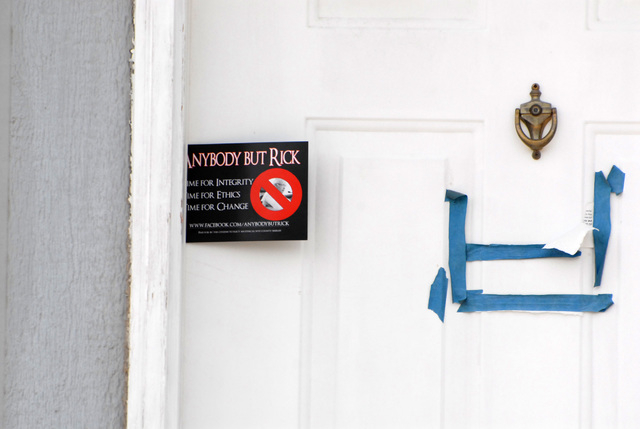 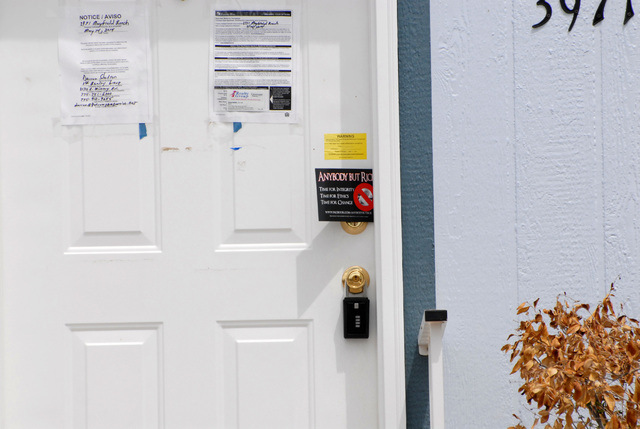 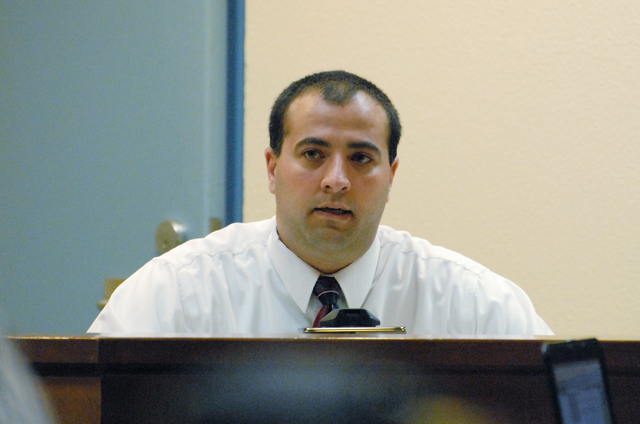 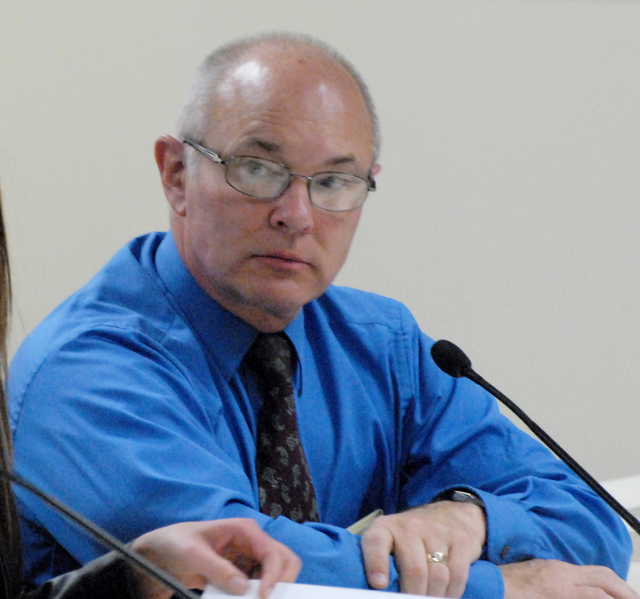 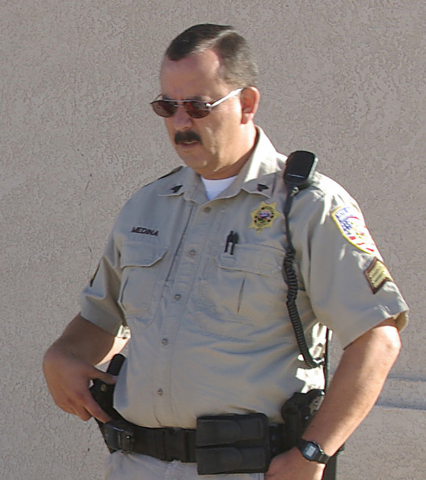 Three Nye County Sheriff’s deputies who are supposed to be out on paid stress leave — they even reportedly filed worker compensation claims — were caught spending their time not relaxing or seeking treatment, but campaigning.

Not only that, the deputies were trespassed from a sheriff’s lieutenant’s home Wednesday after they were accused of stopping to pose for photos with “Anybody but Rick” signs in the officer’s driveway.

The deputies were placing political flyers throughout the lieutenant’s neighborhood when they allegedly stopped and posed for the selfies.

Making matters worse, two of those deputies were further accused of yelling profanities at the superior officer, Lt. Mark Medina, when he asked them not to return to his property. A neighbor called Medina while he was at work, telling him they had seen several unknown individuals apparently posing for photos with signs outside his home.

Medina, who says he has a sign supporting Assistant Sheriff Rick Marshall’s candidacy for sheriff in his front yard, went home to investigate. He said he soon discovered Det. David Boruchowitz, Det. Logan Gibbs and Deputy Adam Tippets – all three of whom were involved in the April arrests of Marshall and longtime NCSO volunteer Ben Gulley for allegedly stealing political signs – as well as two other men walking one street over from his home.

The lieutenant, who is in charge of jail operations at the Nye County Detention Center, said the men were holding “Anybody but Rick” signs when he confronted them.

Based on what the neighbors had told him about what they saw, Medina said he asked that they not return to his property again.

“Having been told by my neighbor that they had been on my property taking pictures and posing for pictures holding ‘Anybody but Rick’ signs, I simply asked them not to come onto my property any longer. Don’t go on my property, stay off my property. I was met with f*** you, f*** you lieutenant, f*** you Medina, from Boruchowitz and Logan Gibbs, both of whom are currently out on paid stress leave as far as I know,” Medina said.

After the heated exchange, Medina said he had an on-duty deputy formally trespass the individuals from his property.

“I was very surprised by their unprofessional, rude and insubordinate demeanor toward me, occurring in front of another uniformed on-duty deputy and in front of whatever other citizens may have been outside in front of their homes,” Medina said. “I’m smart enough to know they were trying to film me with their cell phones to try and goad me into some kind of confrontation or dramatic event that they could then put on the Internet. And I wasn’t going to do it.”

Sheriff Tony DeMeo said he is disappointed in the deputies’ alleged behavior.

“They’re supposed to be at home or under a doctor’s care. I don’t think that using leave as a way to get engaged with political agendas would necessarily be considered appropriate,” he said.

The sheriff further noted that the appearance of ties between members of his office involved in Marshall’s arrest and the Citizens to Elect an Ethical Nye County Sheriff political action committee, which is behind the “Anybody but Rick” signs, are stronger now following Wednesday’s incident.

“The person that conducted the operation, Det. Boruchowitz, was involved with someone behind the ‘Anybody but Rick’ signs, and apparently there was some kind of collusion, which now has basically been verified by the fact that Det. Boruchowitz, along with other members of the Nye County Sheriff’s Office, were engaged in having ‘Anybody but Rick’ signage and were taking photos of those individuals on the lieutenant’s property, and during that time members of the public were exposed to inappropriate utterances by at least two members of the Nye County Sheriff’s Office,” DeMeo said.

Boruchowitz, Gibbs and Tippets reportedly left the office on stress leave last week after they cited a hostile work environment for their departure. The sheriff said a report has been filed over Wednesday’s incident and has been sent to the attorney general’s office and the Nevada Division of Investigation. Sources say the deputies on stress leave who participated in Wednesday’s incident not only violated NCSO policy but may have committed worker’s compensation fraud.

Medina said he thinks Boruchowitz is simply trying to get back at him for decisions he made as the head of the Internal Affairs unit at the sheriff’s office before he was promoted.

“I suspect that Boruchowitz’s conduct toward me is a direct result of his efforts to retaliate against me for doing legitimate work as an IA investigator. There is no seeing eye-to-eye. I do my work and he doesn’t like it,” Medina said. “Boruchowitz is a union advocate, and that’s OK, he can be a union advocate, but his habit is to focus his ire on the investigator, meaning accusing the investigator looking into the misconduct of committing acts of misconduct himself, and at the same time labeling himself and his membership as victims.”

Brent Huntley, an attorney for the Nye County Law Enforcement Association, a union for which Boruchowitz is president, declined to comment Thursday, as did the detective. Instead, Huntley attacked the Pahrump Valley Times, calling its coverage of the turmoil besetting the race for sheriff and the sheriff’s office biased.

“I was working on responses but have become concerned over many remarks from Your (sic) editor attacking members of NCLEA. I am not sure I am comfortable providing a statement to a newspaper that has demonstrated a complete bias against my client and is now threatening personal attacks while protecting and promoting unethical and immoral leaders and promulgating their unfounded lies. I will continue to discuss with my client and let you know what we decide. I apologize that the actions of your editor are now affecting your ability to do your job,” an email from Huntley to the newspaper said.