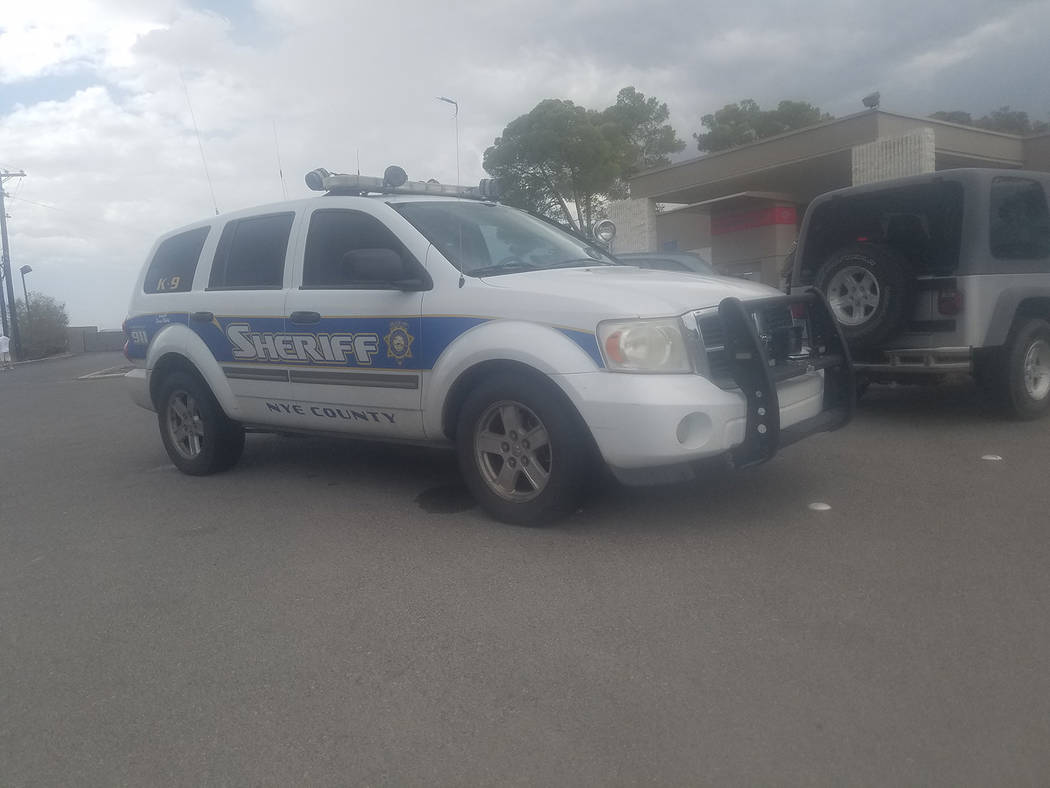 David Jacobs/Pahrump Valley Times The search continues for the man suspected of robbing Bank of America just before 3 p.m. on Friday August 4. The unidentified white male adult clad in an orange florescent vest over a white t-shirt with a black baseball cap and sunglasses committed the robbery according to the sheriff’s office. 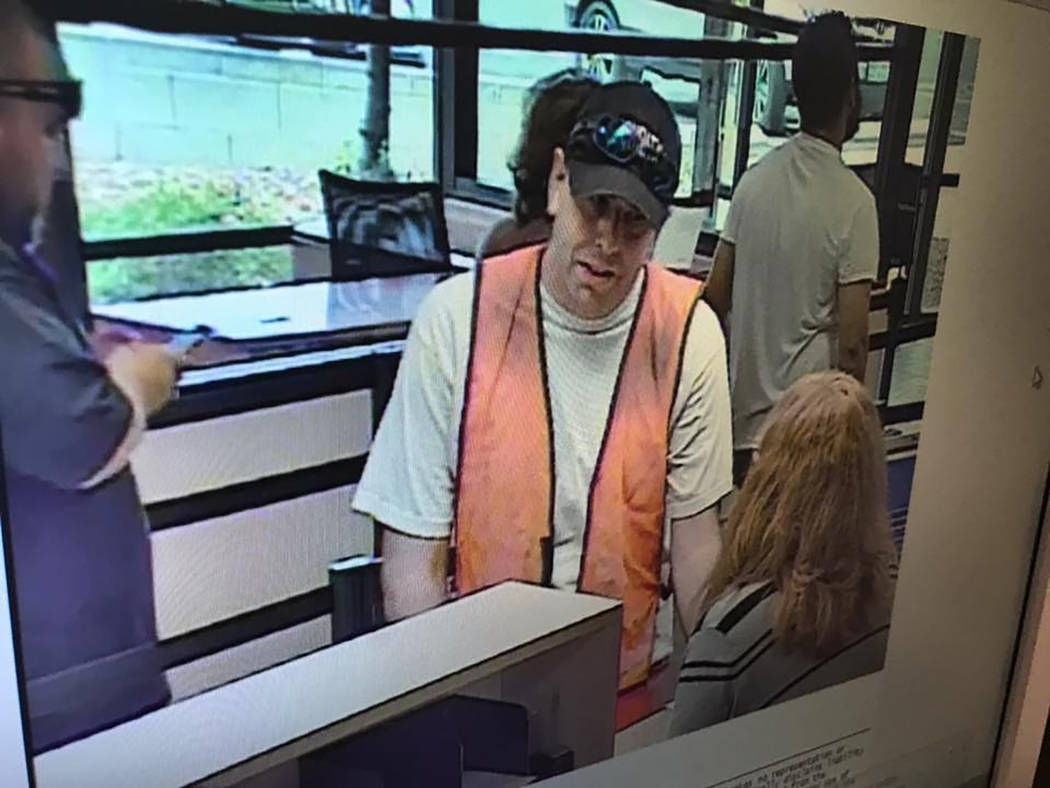 Special to the Pahrump Valley Times A surveillance still photograph of the robbery was captured of the bank robbery suspect standing before a teller, as several customers were conducting business at the bank located at 750 South Highway 160, at Highway 372.

The unidentified white male adult wore an orange fluorescent vest over a white T-shirt with a black baseball cap and sunglasses entered Bank of America at 2:50 p.m., on Friday, Aug. 4, according to the sheriff’s office.

A surveillance still-photograph of the scene was captured of the suspect standing before a teller, as several customers were conducting business at the bank located at 750 S. Highway 160, at Highway 372.

It is unclear as to whether the suspect was armed, if any cash was taken or whether the man fled the scene in a vehicle.

Sheriff’s deputies, K-9 units and detectives responded en masse to the bank and scoured the immediate area but were unable to locate the suspect.

Though the teller appeared to be shaken from the ordeal, no injuries were reported.

News of the incident, posted on the Nye County Sheriff’s Office Facebook page, was shared more than 430 times and received close to 60 comments, as of Monday afternoon.

Sheriff’s office officials have yet to release any additional details.

Anyone with information on the identity and/or whereabouts of the suspect is urged to contact the sheriff’s office at 775-751-7000.