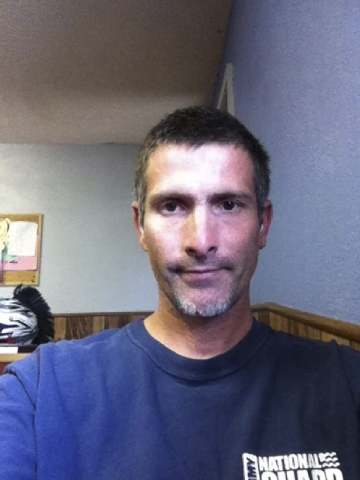 TONOPAH — Your spouse has been missing for nearly a month.

You return to Central Nevada to continue the search and stop at a Tonopah convenience store where you ask if an attendant will put up a new flyer about the disappearance.

A person at the convenience store says, “Oh, yeah. That’s the guy they found shot near Silver Peak.”

The information — thankfully inaccurate — was a body slam for Trayce Kinkel, whose husband Charles Kinkel III has been missing from Silver Peak since July.

She phoned her Esmeralda County Sheriff’s contact and was told this was a rumor circulating throughout the area and that in fact her husband had not been found.

The same rumor by Tonopah reporters Tuesday and every effort to track it down proved it was false.

Details included in the buzz included that Kinkel’s body was found at Silver Lake near Silver Peak with a bullet wound to the head. Another was that his wallet had been found at the abandoned Coaldale site.

After recovering from the misinformation, Trayce Kinkel continued on with her quest to find answers to her husband’s disappearance.

Charles Kinkel was last seen July 24 in Silver Peak where he had moved to take a job with a local mining company.

His disappearance was established the following day after his wife tried to contact him. Silver Peak acquaintances could not locate him and his car was found abandoned at Blair Junction.

Trayce Kinkel continues her residence in Wells where she has a support group of friends and church members.

But she has been in the area at least twice to mount her own recovery effort.

This time she secured local donations of flyers about her husband’s disappearance.

Once again, they were posted throughout the area. But there also were enough to have them placed in every postal box in Silver Peak.

Kinkel also had enough flyers to put them under windshield wipers on many cars in Tonopah.

“I am continuing to meet people to continue to get the word out about my missing husband,” she said last week.

“I am determined to keep information alive to reach all so that I can find information about my husband,” she said.

Although her previous interviews indicated she received little information from the Esmeralda County Sheriff’s Office, which is leading the investigation, she said she believes an assurance from one deputy that she will be “the first to know” of any breakthroughs in the case.

Despite the rumors, she said that her husband’s keys and wallet are still missing.

Authorities have told her that the credit cards remain unused.

Charles Kinkel last spoke with his wife on July 24 and attempts to contact him on July 25 went unanswered.

He is five-eight, 150 pounds with brown hair and eyes and has turned 40 years old during his disappearance.

Persons with information about the case should contact Esmeralda Sheriff’s Office at 775-741-9249.