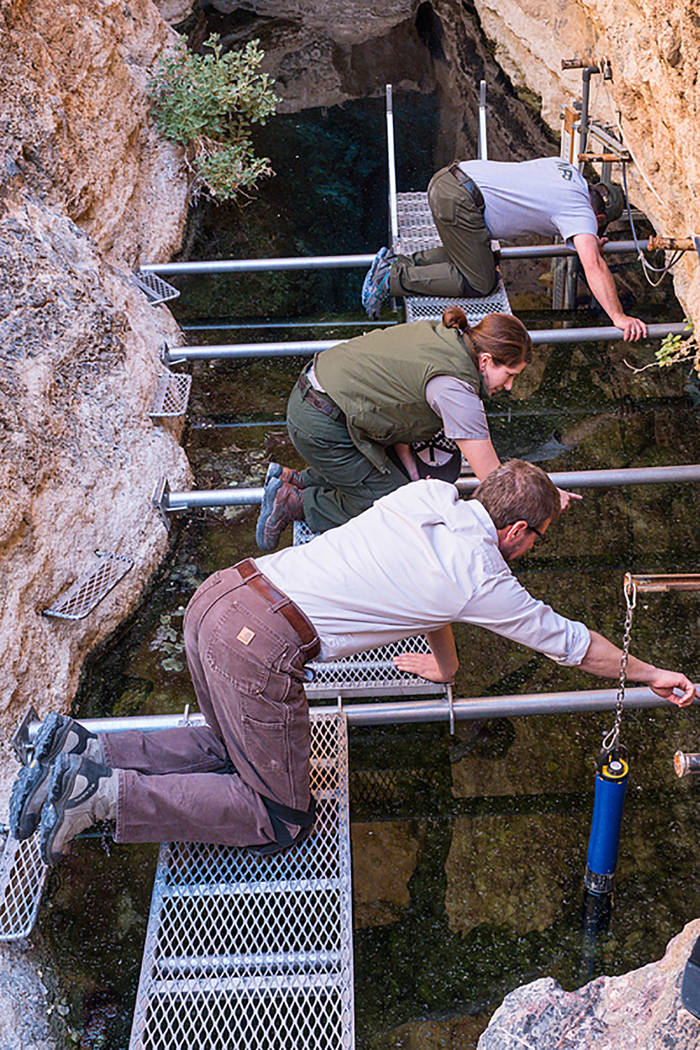 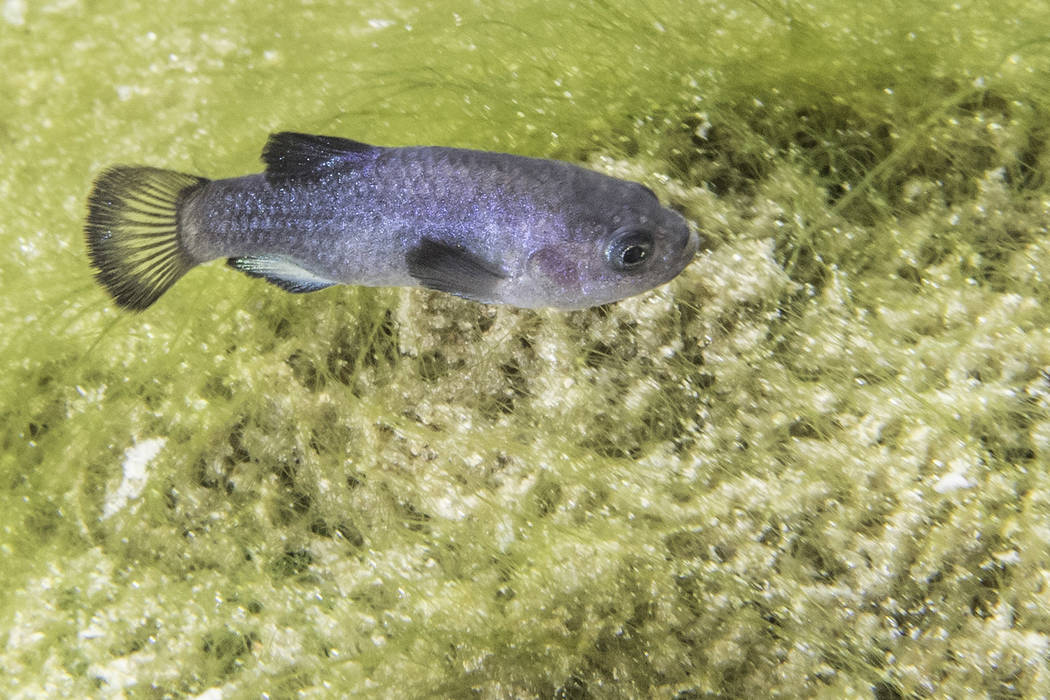 Death Valley National Park The official result of the recent survey, 136 observable pupfish, is the highest count recorded during the springtime since 2003.

This high spring season population count follows years of substantially lower spring population counts, which triggered concerns over the chances of survival of this critically endangered fish, the park reported.

Details were provided in a news release:

In the 1970s, 1980s, and 1990s, scientists counted about 200 Devils Hole pupfish in the annual spring season surveys. There was a startling decline in fish numbers starting in the late 1990s. Biologists were extremely concerned when less than 40 fish were counted in the spring seasons of 2006, 2007, and 2013.

The official result of the recent survey, 136 observable pupfish, is the highest count recorded during the springtime since 2003.

This follows a similarly high count from the September 2018 survey of 187 fish. The Devils Hole pupfish population generally declines over the winter due to food limitations, so the decline is not a concern. The fall 2018 count and spring 2019 counts were the highest in about 15 and 16 years, respectively.

“Both population counts in the past year were remarkable,” said Kevin Wilson, Aquatic Ecologist for Death Valley National Park. “We’re hopeful that these increases are a trend, and not just random variation.”

The only natural habitat of Devils Hole pupfish (Cyprinodon diabolis) is the upper 80 feet of a deep water-filled cavern and sun-lit shallow pool at the cavern’s entrance.

“Despite these extremes, Devils Hole pupfish continue to display their resiliency that have allowed them to survive for thousands of years”, said Brandon Senger, Supervising Fisheries Biologist for the Nevada Department of Wildlife (NDOW).

U.S. Fish and Wildlife Service and National Park Service staff and volunteers worked together on the official fish count, following methods used since 1972. Some scientists donned scuba gear to count fish in the cavern, starting at 100 feet below the surface. Meanwhile, other scientists stayed on the surface to count fish in the shallow pool. The surface and underwater numbers were added together. Researchers conducted multiple counts on March 30 and 31.

Scientists were pleased by more than just the high population numbers. Kevin Wilson stated, “The fish looked incredibly healthy and were distributed throughout the habitat, including at depths and locations where they have not been seen in previous years.”

U.S. Fish and Wildlife Service biologist Michael Schwemm added, “It’s possible the greater distribution of fish correlate with higher abundance, where high densities of fish distribute themselves throughout the cavern.”

In recent years, biologists have been feeding the fish with higher quality food in an attempt to halt their slide toward extinction. Agency staff enhanced the habitat on the shallow shelf by adding vertical structures, which provide shelter for smaller fish and a substrate for algae to grow.