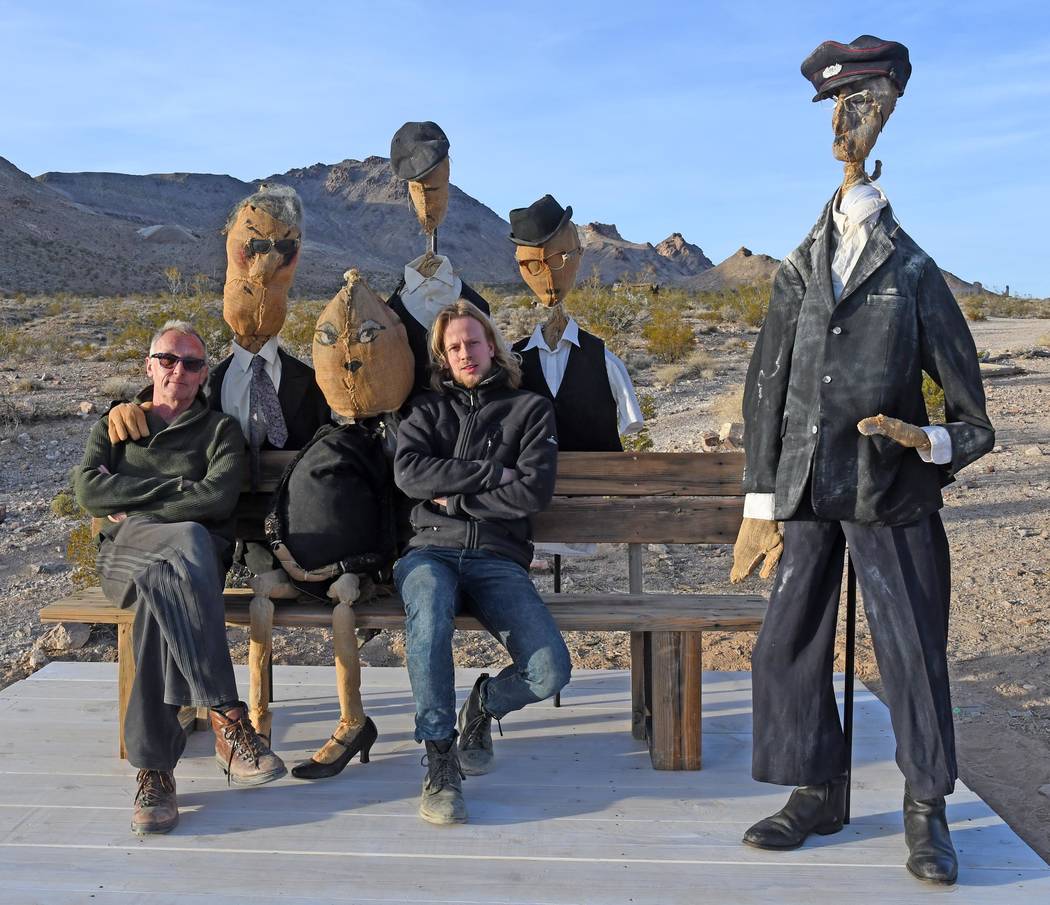 Richard Stephens/Special to the Pahrump Valley Times Dutch artist Onny Huisink, left, and his young carpenter, Koen Broersen, sit with the puppets. The artist says the crudeness of the puppets is intentional. 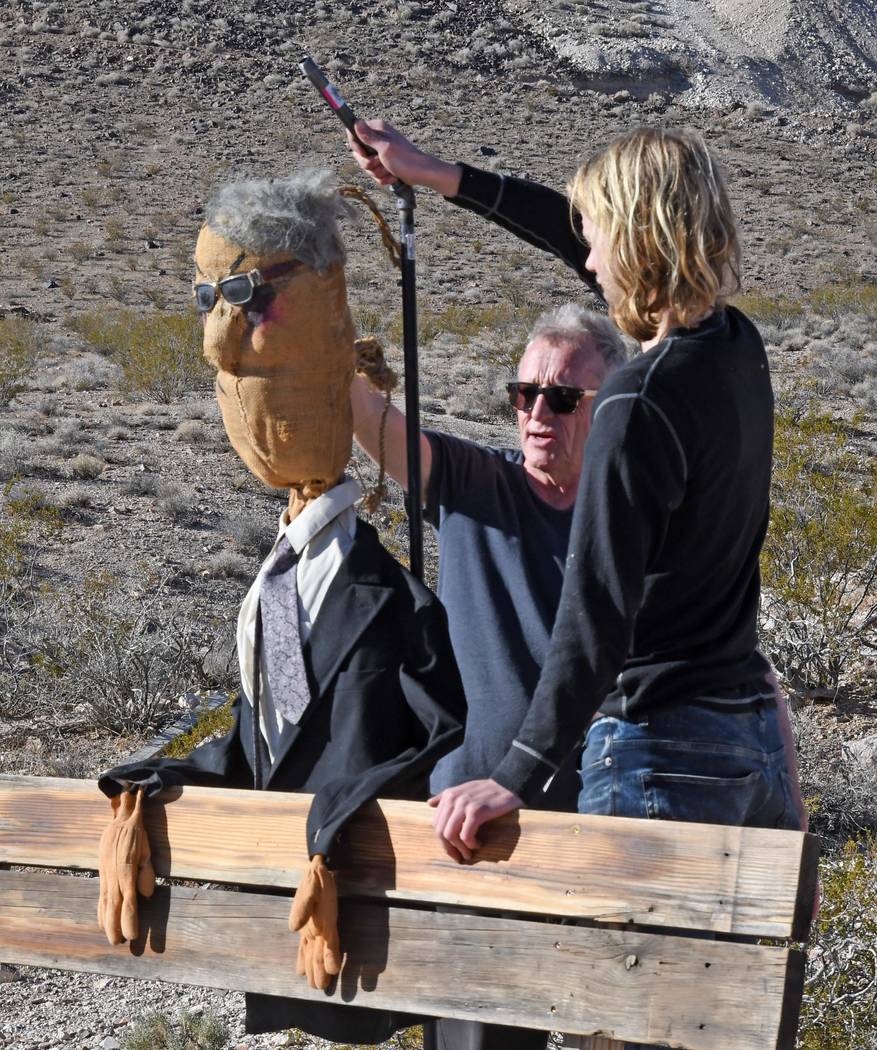 Richard Stephens/Special to the Pahrump Valley Times A look at work on the installation. Dutch artist Onny Huisink and his carpenter, Koen Broersen, enjoyed their brief sojourn to the Nevada desert.

An odd group of figures has appeared on the grounds of Goldwell Open Air Museum at Rhyolite. Life-size puppets, they are the work of Dutch artist Onny Huisink.

The puppets, moved not by strings but by the wind, were originally characters in a play in Amsterdam presented by Speeltheater Holland. Made of coarse fabric stuffed with sheep’s wool, they are intended to suffer the ravages of the weather as part of Huisink’s project, “The Beauty of Decay.”

The artist says the crudeness of the puppets is intentional. “They are rough like the people in the village in the play.”

“Starmaker” was the title of the play, and it was about a con man who convinced the people of a village, including a mafioso, that he was making a movie in which they would star.

One of the puppets is sitting on a bench, and the others are around it. Visitors are encouraged to take selfies with them and to email the photos to the artist. This will enable him to monitor their condition.

When the puppets have reached a certain state of decay, Huisink plans to return to recover them and place them in an exhibit along with others he has installed in various locations around the world. A selection of visitor selfies will also become part of the exhibit.

Huisink, who was knighted by the Queen of the Netherlands in 2013 for his contributions to the arts, has had a varied career as a puppeteer, actor, director, and artist. During his days in the theater, he frequently worked in the United States, including at Robert Redford’s Sundance.

The artist and his carpenter, Koen Broersen, enjoyed their brief sojourn to the Nevada desert. Huisink was particularly impressed by the open spaces and the quiet. “Holland is so crowded. Everywhere there is noise. Everywhere are people.”

“I have seen a lot of the world in my work. This is one of the most beautiful places I’ve worked. Really amazing.”

The Dutchmen stayed in Beatty while working on the project, frequently visiting with locals in the Happy Burro Chili and Beer or KC’s Outpost.

“They think I am crazy, but you can be crazy in Beatty. There are a lot of crazy people, and very open, very welcoming. The social feeling in a good way is very strong. You can be crazy, and they accept you.”

Huisink said he was saddened by the impression that there were a lot of poor people in Beatty. “In Holland, there are not so many rich people and poor people. Everyone can study. Everyone can go to the hospital.”

The artist speaks of his puppets almost as if they were real people, actors in a play. “I once was the director,” he says, “but now they are directed by the elements. The puppets need movement; then they can come alive. When it is rough weather, they get nervous and want to run away.”

“Because they are rough, some people will think they are rubbish. But sometimes they think the same thing about people.”

Of this project, Huisink says it is a return to the spirit of play he had as a child. “When you keep the freedom of play you had as a child, then you can be happy all of your life.”