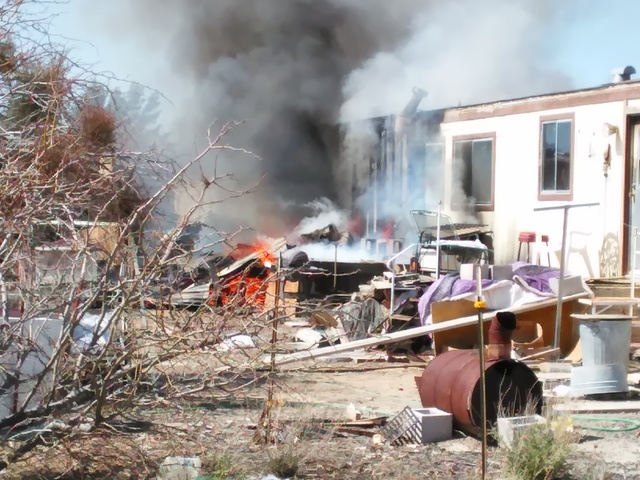 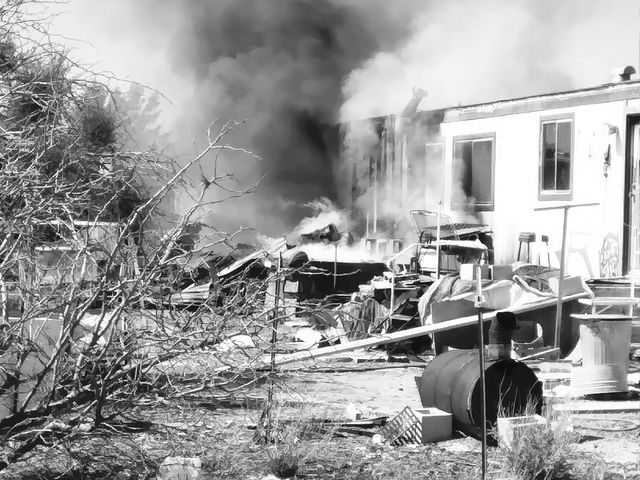 A peaceful neighborhood in the central part of town was interrupted by emergency vehicle lights and sirens after a structure fire destroyed a home along the 500 block of Black Street on Wednesday, just after 1 p.m.

At least one firefighter was medically evaluated while battling the fire, which sent thick black smoke billowing above the valley floor.

Madison Knight, who lives just a block away from the scene, said she heard what sounded like explosions at the property just prior to the blaze.

“We heard two big explosions, then all of a sudden there was a fire.” she said.

Though the structure was vacant, the homeowner, who lives elsewhere, arrived on scene as crews were battling to get the fire under control.

At least two medic units, one engine company and a pair of water tenders responded to the scene, managing to extinguish the double-wide manufactured home in short order as about a half-dozen onlookers stood by.

Crews from Valley Electric Association were also summoned to the scene to shut down the home’s utilities.

The exact cause of the fire remains under investigation.