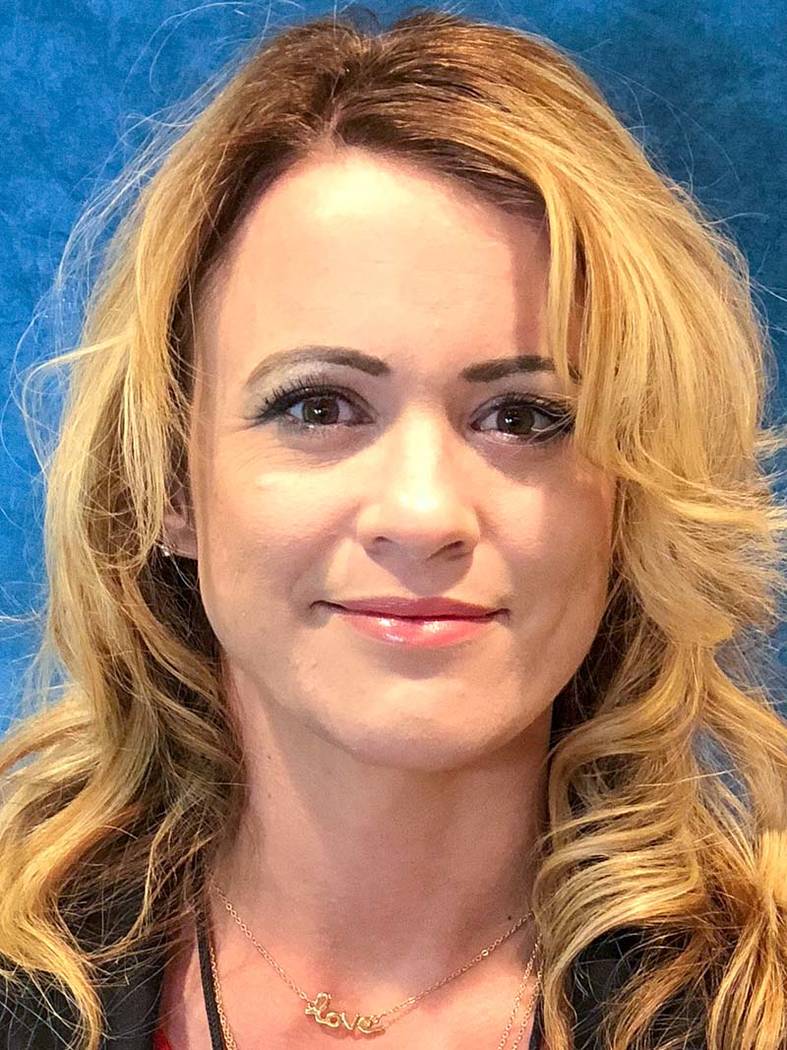 Special to the Pahrump Valley Times A plaque dedication ceremony for the late Cassandra Selbach will take place on Easter Sunday April 21, at Simkins Park. For more than a decade, Selbach organized and hosted a free community Easter celebration at the park, along with being associated with numerous other community-related projects over the years in Pahrump.

Growing up in rural Amargosa Valley, there wasn’t much by way of community Easter celebrations for Cassandra Mills, her brother, or anyone in the small town.

As a result, her father took it upon himself to host his own Easter Day celebration for the community roughly 44 miles northwest of Pahrump.

After her father’s passing and she getting married, Cassandra assumed the last name of Selbach, a name which is known and looked upon kindly in Pahrump, due to her incessant involvement in the community.

Selbach, the executive vice president of community relations at Valley Electric Association and mother of two, died of a systemic autoimmune disease at age 35 on Jan. 23.

She will be memorialized Easter Sunday, April 21, on the grounds of Simkins Park, according to her friend of more than 10 years, KPVM-TV 25 News Director Deanna O’Donnell.

Sunday’s event, O’Donnell said, is scheduled to begin at 9 a.m.

“She has done things all over Pahrump but, the biggest thing that she did was hosting the Easter celebration at Simkins Park,” O’Donnell said. “When she lived off of Simkins Road here in Pahrump, she and the rest of her family decided that they would like to have a community Easter egg hunt at Simkins Park. The first time she invited me, I thought it was just a family event, but she told me it’s for the entire community. She told me that she wanted to do it every year because it’s what her father did.”

After Selbach’s passing, O’Donnell said she wanted area residents to remember her friend’s devotion and support to the community of Pahrump.

As such, O’Donnell sought support from the Nye County Board of Commissioners.

“We wanted it on as an agenda item of the county commissioners to make it official,” O’Donnell said. “We eventually decided to have a plaque made in her memory, to be put on display at the park to memorialize what she has done each Easter Sunday at Simkins Park.”

After seeking donations from the community, O’Donnell said a plaque was eventually secured.

“We purchased an amazing bronze plaque with a porcelain insert of Cassandra and her sons, and it’s very beautiful,” she said. “Local businessman Ron Murphy donated a very nice decorative rock to us, and Matt Luis from the town of Pahrump Buildings and Grounds Department will put the rock in the ground. After that, we will unveil the mounted plaque at 9 a.m. on Easter morning.”

All fun and games

After the plaque dedication, O’Donnell said an Easter morning church service is scheduled for 10:30 a.m., followed by the festivities.

“After the service, we will have crafts, face painting, a petting zoo and free hot dogs and drinks,” she said. “They also have the kids sectioned out by age for the egg hunts. The entire event is free to the community, as it always has.”

Regarding Sunday’s Easter egg hunt, O’Donnell said some of the eggs will contain more than just candy.

“Fidelity Church got involved and wanted to help sponsor the event,” she said. “They would all stay up all night long and put candy into the thousands of eggs that they ordered, but some of the eggs actually have cash in them. There have been times where the eggs filled with cash were found the following year. This is for everyone in the community.”