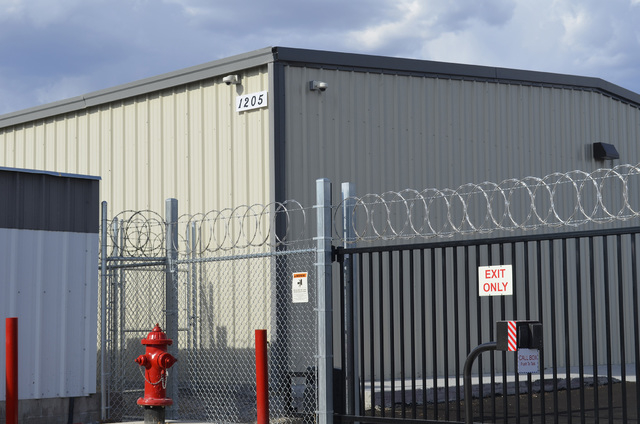 The board unanimously approved an expansion of Mike Floyd’s Green Life Productions from the current 8,700 square feet to 12,000 square feet of building area in Pahrump. Another applicant, Sousan Chaichian was granted a special permit that allows a medical marijuana cultivation and production facility in Tonopah next t0 the old bowling alley.

Floyd, whose cultivation facility will be at 1205 S. Loop Road, said his business received its license May 30 and has already purchased 24 plants.

The first batch of medical marijuana will be ready in September, but in the meantime, Floyd said he had already talked to Grove Wellness Center and several places in Las Vegas about supplying them with the product.

“Sometime in September, we should be able to deliver to somebody,” he said.

Floyd said his business plans to focus primarily on production facilities and dispensaries as he wants to avoid competition with other cultivation centers. Eventually, he plans to obtain a license for production.

The board however denied a special use permit for a medical marijuana in a general commercial zoning district located at 151 South Humahuaca St. because of its proximity to a local church. Under requirements, the business can’t be within 300 feet of the church.

Nader Sherif, the owner of Green Thumb Industries, said one of the local churches was using the location as a storage facility. Sherif said he used the location in his documents as a tentative address in case he had an approval from the state, but never had a chance to do an actual operation on its premises.

“I never even stepped inside the building,” he said.

However, Sherif said it wouldn’t make a difference if he got an approval from the board as he is still waiting for the state to start approving applications. For now, he said, he had to put the process on hold indefinitely.

“We are on complete hold,” he said. “It could be another year or longer.”

Sousan Chaichian, president of New Vegas, 400 Highway 6 in Tonopah, was previously denied a special use permit due to some organizational issues. On Tuesday, after a year wait, the board granted Chaichian a special use permit that will allow a medical marijuana establishment on 8.23 acres.

The board also granted Chaichian a special use permit that allows a medical marijuana production facility.

Sheneh Alaee, Chaichian’s daughter and the secretary of the business, said they are in the process of getting licensed and plan to focus on the Nye County market first.

“It’s a lot of work preparing this stuff and making sure it’s correct,” she said. “It’s a great feeling.”