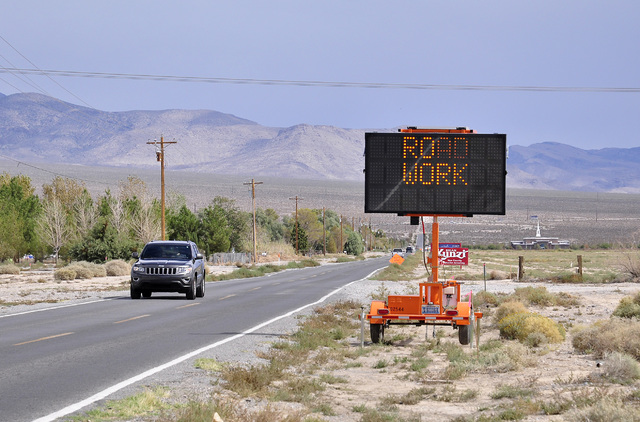 Horace Langford Jr. /Pahrump Valley Times Nevada's rural roads have the sixth highest rate of traffic fatalities, according to the report from Washington, D.C.-based private nonprofit organization. The Silver State was sixth behind South Carolina, California, Kentucky, Mississippi and Montana in fatalities per 100 million vehicles miles of travel on non-Interstate and rural roads. 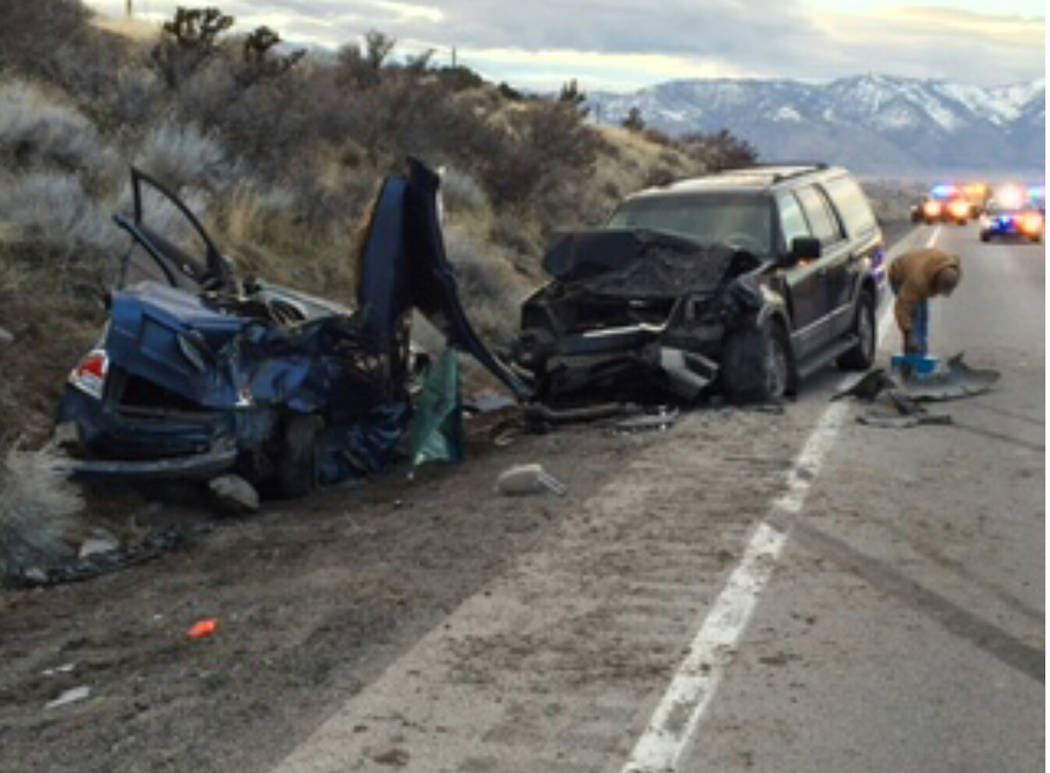 Nevada Highway Patrol The scene of a wreck in rural Nevada earlier this year. A newly released report includes information on fatal crashes in Nevada and how the state compares to others in the USA.

Experts are providing reaction to a recent report that found Nevada’s rural roads have the sixth highest rate of traffic fatalities in the nation.

According to the report by TRIP, a national transportation research group, there are 2.77 fatalities per 100 million vehicle miles of travel on Nevada’s non-interstate and rural roads – more than two-and-a-half times higher than the fatality rate on all other roads in the state.

The Silver State was sixth behind South Carolina, California, Kentucky, Mississippi and Montana, according to the report from the Washington, D.C.-based private nonprofit organization.

Seven percent of Nevada’s rural roads are rated in poor condition and 15 percent are rated in mediocre condition, according to the report.

“While Nevada is largely an urbanized state, its rural roads play an important role in providing mobility between communities for the state’s residents, visitors and businesses, often over significant distances,” said Ray Bacon, executive director of the Nevada Manufacturers Association.

“It is critical that state and local governments have available the resources necessary to make safety improvements that are cost-effective and appropriate given the volume of traffic on the state’s rural roads, including improved signage, which will help keep us safe,” Bacon said.

Tony Illia, spokesman for the Nevada Department of Transportation, said statistics can appear skewed when the majority of Nevada roads lie outside of urban areas.

Since Clark County now accounts for two-thirds of the state’s population, Illia said one or two fatal crashes along rural roads can suggest a disproportionate trend.

“Nevada has some of the smoothest, best-maintained roads in the country, according to a recent American Association of State Highway Transportation Officials study,” Illia said. “However, there is a great distance between major urban areas across the state, which covers a whopping 110,577 square miles.

In addition, Illia said rural drivers are subsequently susceptible to weather, wildlife and fatigue, among other things.

“The Nevada Department of Transportation works diligently to improve road conditions wherever possible, adding things like rumble strips that give drifting drivers a tactile warning,” he said. “Other upgrades include flattening side slope shoulders so vehicles can safely turn off and the department continues to work with photovoltaic companies for improved roadside lighting.”

“Rural roads are far too often overlooked. With fatality rates rising, repairing and maintaining the nation’s roads must be a top priority for legislators,” said Kathleen Bower, AAA senior vice president of public affairs and international relations. “By investing in improvements for today and tomorrow, we can deliver safer experiences for motorists and save tens of thousands of lives.”

Will Wilkins, executive director of TRIP, said the safety and quality of life in America’s small communities and rural areas and the health of the nation’s economy “ride” on the country’s rural transportation system.