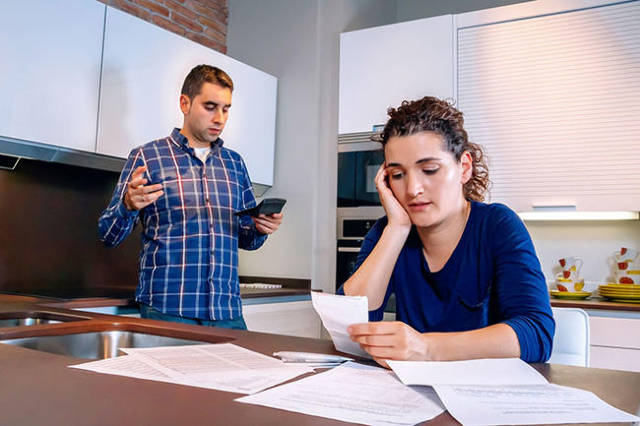 Thinkstock The increase in the the federal funds rate by the Federal Reserve is expected to rise by 25 basis points on Wednesday. Analysts are expecting certain types of borrowing, including credit card purchases, to cost consumers more if the push goes through.

The Federal Reserve voted to raise interest rates, a move that analysts say will cost some borrowers more money.

The federal funds rate prior to the decision stood at a range of 1.5-1.75 percent; with this decision, the rate rose 25 basis points. This rise will correlate with an increase in what’s called the prime rate, “the interest rate banks charge their largest, most creditworthy corporate clients,” according to an article in Forbes.

“Since the prime rate is directly connected to credit card rates, Fed rate hikes always come with an increase to both,” said Jill Gonzalez, an analyst with personal finance website WalletHub. “Since December 2015, the Fed has increased interest rates six times.”

The Fed’s most recent increase in its target rate will increase the country’s collective credit card debt by an estimated $1.6 billion, according to Gonzalez.

When the financial crisis hit roughly a decade ago, the Fed dropped its target interest rate to near zero to boost the economy. The Fed has since changed its position with recent improvements in the economy.

In a news release from the Fed, following the decision to raise the target interest rate in June, the Federal Open Market Committee, which sets the monetary policy for the Federal Reserve, noted that “economic activity has been rising at a solid rate” and the labor market has continued to strengthen since meeting in May 2018.

The FOMC’s June classification of the nation’s economy is an upgrade from the “moderate” growth notated during the May meeting.

In addition to the recent and past hikes within the last few years, Gonzalez said “more rate hikes are projected for the final two quarters of 2018.”

Debtors have experienced the impact of past increases in interest rates.

Gonzalez said the interest rate increases that have occurred since late 2015 have cost credit card users an additional $8.23 billion in finance charges.

These rate hikes come at a time when credit card debt has reached historic heights. According to research by WalletHub, 2018 began with over $1 trillion in credit card debt on the books in the U.S., a first in the country’s history.

WalletHub tracked the second largest repayment amount in the nation’s history for credit card debt in the first quarter of 2018, at $40.3 billion in paydown by consumers.

Credit card debt levels are heading toward recession levels, according to Gonzalez.

“Unfortunately, at a general level, credit card debt is headed toward recession levels again, and Pahrump is no exception,” Gonzalez said. “The average household credit card debt there is $13,717, far above the barely sustainable national average.”

“Nevertheless, the outlook for Pahrump is optimistic,” she said.

Gonzalez noted that Pahrump ranks in the 64th percentile for the biggest paydowns of credit card debt in the first quarter of 2018.

The scale of percentiles, for various individual cities and towns across the U.S., ranged from 1-99 in WalletHub’s study, with the 99th percentile containing the highest level of paydowns. The scales were based on data from the U.S. Census Bureau, the Federal Reserve and TransUnion.

Gonzalez said that “even though residents have high amount of debt, there is no indication that it is not sustainable yet.”