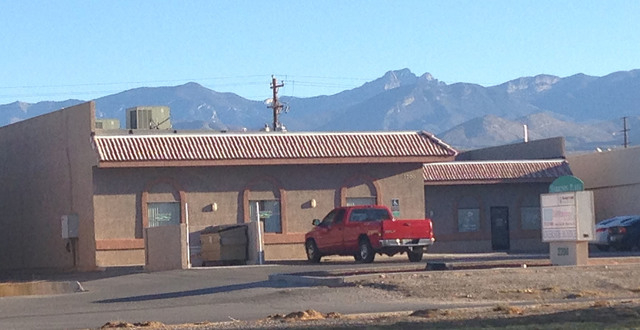 The United States and the state of Nevada have joined in a whistleblower case out of Pahrump that accuses a for-profit hospice and related entities of submitting millions of dollars in false claims to Medicare and Medicaid.

The two lawsuits were filed in Las Vegas under the federal and state False Claims Acts, which allow whistleblowers to inform the government of fraud and share in any recovered money. The lawsuits were combined and became public last week when the government filed its own complaint in the case.

Chicago lawyer Juliet Berger-White, who represents Cretney-Tsosie, said Creekside received more than $70 million in payments from Medicare and Medicaid from April 2010 through March 2013.

Berger-White said her client, who works at a satellite office in Pahrump, has been in nursing for more than 30 years and “has really committed a lot of her life to caring for others.”

According to a statement by Creekside, the company “disputes the allegations contained in the civil action that hospice services were provided to clinically ineligible Medicare beneficiaries and will vigorously defend the allegations. Its caring health care professionals sufficiently documented the ongoing terminal status of hospice patients and provided excellent care.”

According to a Nov. 25 statement from the Justice Department, Medicare and Medicaid hospice benefits are available for patients who have a life expectancy of six months or less if their disease runs its normal course. Medicare or Medicaid patients no longer receive services for curing their illnesses if they are in hospice.

“Too often, however, companies abuse this critical service by using aggressive marketing tactics to pressure patients who do not need, and may be ill-served, by these services in order to get higher reimbursements from the government,” Acting Assistant Attorney General Joyce Branda said in the Justice Department statement.

The government’s lawsuit alleges the defendants knowingly submitted false claims for hospice care for patients who were not terminally ill. According to the complaint, the companies directed staff to enroll patients in the hospice program, regardless of the patients’ eligibility for hospice benefits.

It also claims management instructed employees to alter medical records to make it appear that doctors at the hospice visited the patients when they had not, which would ensure reimbursement for Medicare and Medicaid.

According to the lawsuit, management also discouraged staff from permitting patients to revoke their decisions to accept hospice benefits and from documenting known improvements in a patient’s health, called “chart killers” by the hospice.

In addition, the complaint alleges that the defendants knowingly submitted inflated claims to Medicare for services performed by the medical director.

“As a result of the conduct alleged in the complaint, the government contends that the Creekside entities misspent tens of millions of taxpayer dollars from the Medicare and Medicaid programs,” according to the Justice Department statement.

According to Creekside’s statement, Skilled Healthcare Group “is disappointed that the government has brought this action under the False Claims Act when it has compelling information of appropriate hospice services and where it has not taken into account good faith clinical determinations by the hospice physicians and other caregivers.”