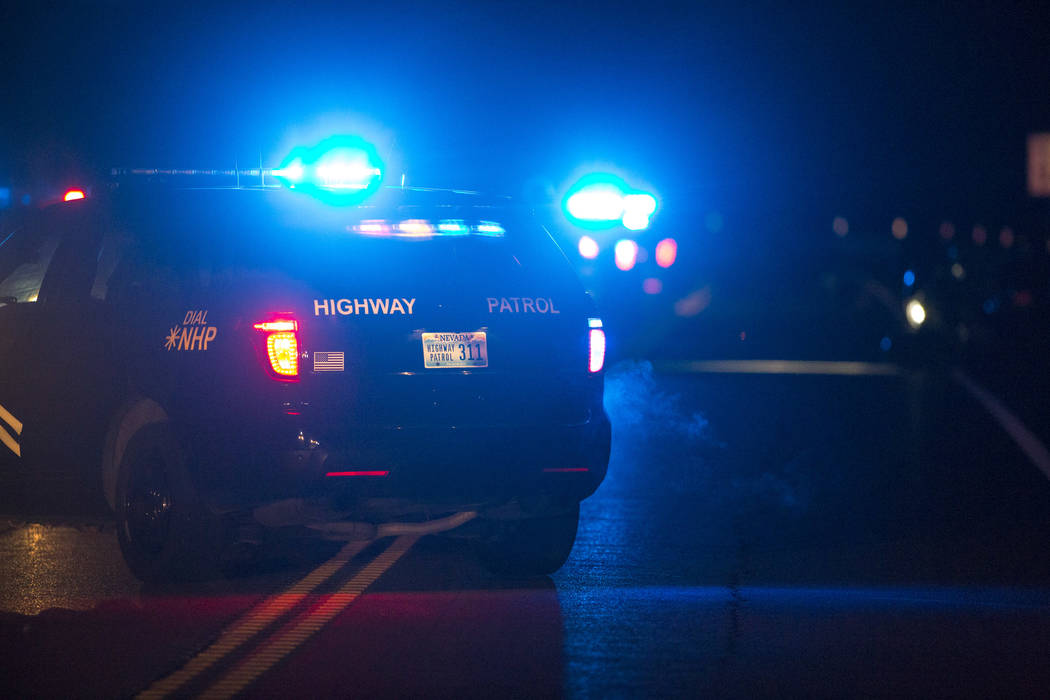 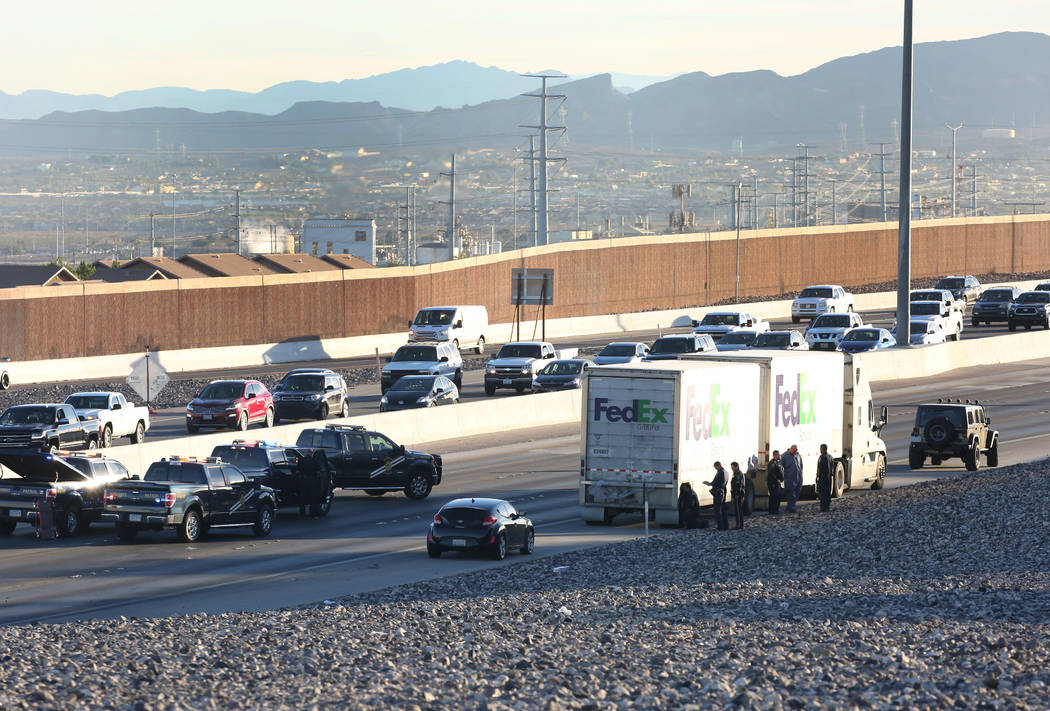 The Nevada Highway Patrol is investigating a fatal crash on the 215 Beltway, near Stephanie Street in Henderson on Thursday, Nov. 1, 2018. (Bizuayehu Tesfaye/Las Vegas Review-Journal) @bizutesfaye

After six months of increases in fatal crashes throughout the state, November brought a welcome dip in deadly wrecks on Nevada roads.

Clark County was in line with the state numbers, seeing a 20 percent decrease year-over-year, with 12 fatal crashes last month, down from 15 in November 2017.

The decline came in a month where traditionally there has been an increase because of the Thanksgiving holiday, officials said.

“Historically, November is a month that trends up in Nevada,” said Andrew Bennett, spokesman with the Department of Public Safety. “We would like to attribute some of this decrease to the ongoing education and enforcement around DUI that we started in late October, but it’s difficult to point out specifically what caused the decrease.”

Since the enforcement started on Oct. 24, the DUI strike team, made up of Metropolitan Police Department officers and Nevada Highway Patrol troopers, has arrested 155 suspected DUI drivers.

Despite the rise overall, the decreased November numbers have the Department of Public Safety hoping to see a similar trend through the holiday season and into the end of the year.

“We are glad to see the numbers head in the right direction and we hope to see another decrease in December,” Bennett said. “For motorists, have a sober ride. Between ride-share, public transportation and sober friends, we need to make sure everyone gets from point A to point B safely.”

The department also encourages motorists to call 911 or NHP to report suspected impaired drivers. “It might save a life,” Bennett said.

Auto-pedestrian deaths are down by 20 percent statewide and by 8 percent in Clark County at this point last year. The decrease is a welcome sight, especially to Clark County residents, as the 78 pedestrian fatalities last year marked 2017 as the deadliest on record for pedestrians.