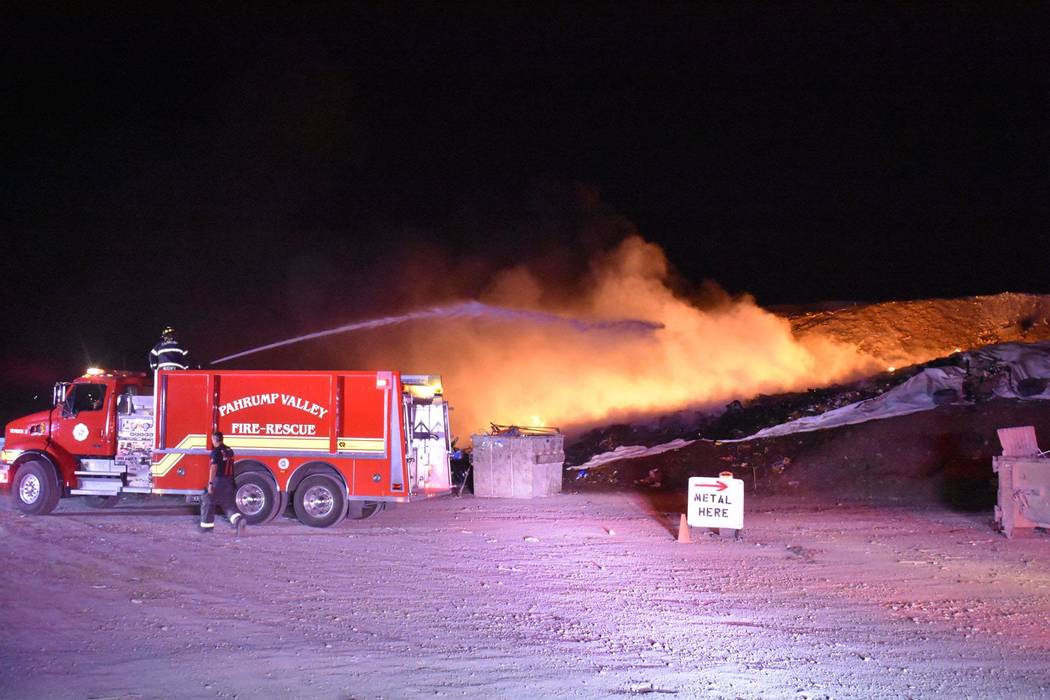 The Pahrump Valley Fire and Rescue was dispatched to an unknown type of fire in the area of the Nye County Landfill on Mesquite Avenue earlier this week, Nye County government reports.

Upon arrival on Monday night, an approximate 100-foot-by-100-foot-by-20-foot rubbish fire was found in a covered area of the landfill, the county said in a social media post.

“The fire was free burning at the surface and deep-seated in apparent household trash,” the county statement read.

The fire was placed under control in less than one hour and no one was hurt, the county said.

At approximately 1:23 a.m., Tuesday morning, fire crews were again dispatched to the landfill for a report of a large orange glow. Crews arrived and found a large rubbish fire that measured larger than the first in the same area of the landfill.

The fire was quickly controlled using fire department and landfill equipment, the county said. Landfill employees remained on location throughout the remainder of the morning.

The ignition source was not able to be identified due to the nature of the materials involved, the county said.