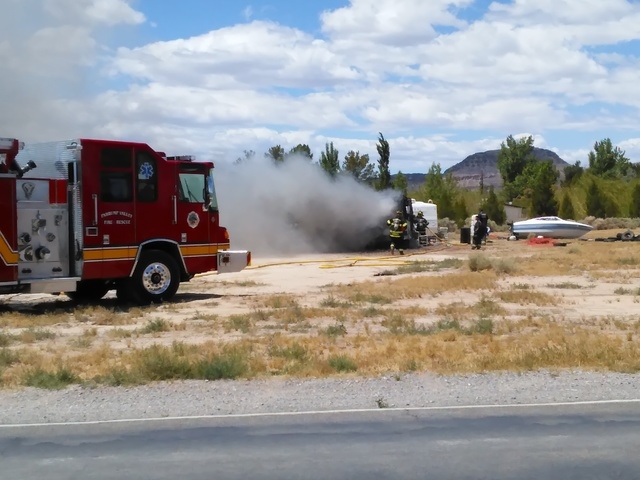 Pahrump Valley Fire and Rescue Service crews were summoned to 2900 north Leslie St., for what was originally dispatched as a structure fire just after 12 p.m. on Wednesday.

Upon arrival, firefighters found an older model motorhome fully engulfed in flames on the property.

A second nearby vehicle, just a few feet from the motorhome, also became engulfed.

Gusty winds and heavy smoke conditions provided a challenge to fire crews as they worked to extinguish the fire, which destroyed the motorhome and caused major damage to the secondary vehicle.

Both north and southbound traffic along north Leslie Street was diverted to side streets during the firefighting effort.