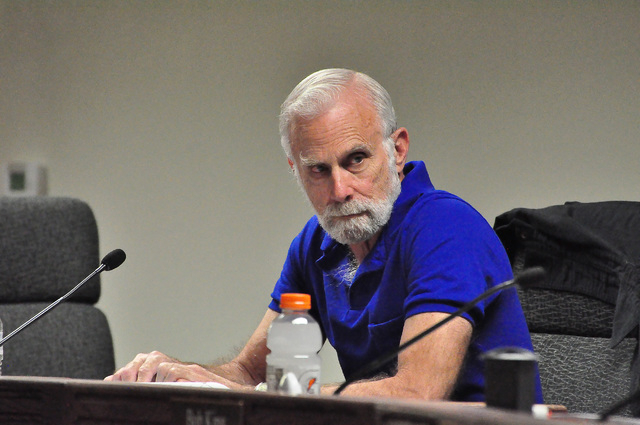 Several candidates filed for Nye County offices ahead of the primary election in June.

The filing period is open until March 18. Those who file with the Nye County clerk until that date will face off in a primary election on June 14. The winners will go into the general election on Nov. 8.

Nye County Clerk Sandra Merlino called the number of people that had filed thus far “average,” but noted that the office expects to have a few more filings register by March 18.

“We never know how many (candidates) will file,” she said. “I expect a couple more commission candidates and as far as the Beatty Water and Sanitation and Beatty General Improvement District, and the town boards,” she said.

In 2014, when all county offices were up for re-election, Merlino said the county saw a larger number of those who wanted to file for the office. This year, she said the county expects a higher voter turnout because of the general election.

“We always have a much higher turnout in November of a presidential election year. People who don’t necessarily care about the local offices come out of the woodwork to vote in the presidential election. Our voter registration numbers usually go up by two or three thousand as well,” she said.

Nye County Commissioner Lorinda Wichman said she wants to complete projects before she is “term-limited.”

“The upcoming budget cycle is going to be the worst yet and hopefully the bottom of the decline,” she said. “I can’t leave voluntarily when there is so much to do and so few to do what needs to be done.”

Nye County commissioners have term limits of 12 years, with every term totaling four years. If elected, Wichman will serve her last term. Another commissioner, Donna Cox, is nearing the end of her first term.

“We are concerned with the water rights issue that we have in Nye County and in particular in southern Nye County,” he said.

Mattox planned to run against Nevada Assemblyman James Oscarson but switched to the race for the county’s district 1 recently.

Last week, Nye County Commission Chairman Frank Carbone said he doesn’t plan to run for re-election in district 2. Pahrump Regional Planning Commission Chairman John Koenig, who will vie for Carbone’s seat, said he wants to continue what Carbone started and also do some of the things that he wasn’t able to get done at the RPC.

“Frank’s done a good job,” Koenig said. “He has some things that he was unable to finish and I’ve agreed to take those on and see if I can finish them.”

Koenig announced his decision at the RPC meeting on Wednesday, where he said that he plans to remain a chairman of the commission until July.

“Depending on the results of the primary, I’ll decide at that time if I wish to resign from the board or remain until the bitter end like two years ago, and I haven’t decided which way I want to go,” Koenig said at the meeting.

“I believe we need a fair and equitable solution,” he said. “Something that is fair to the well owners.”