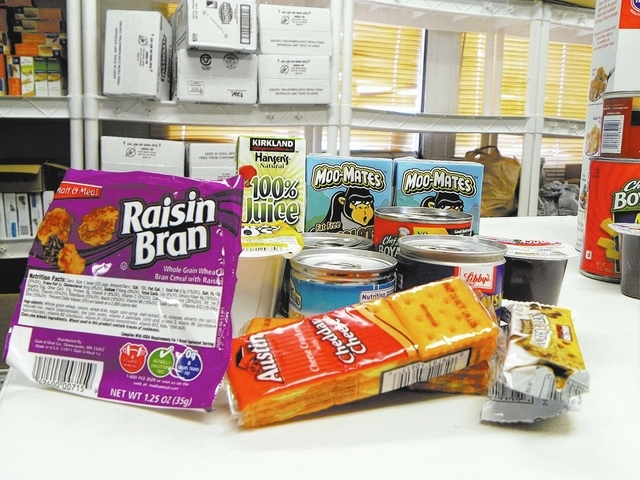 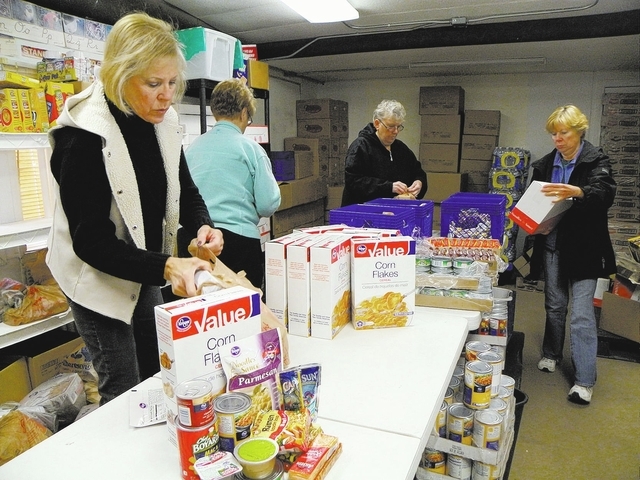 While most families look forward to holiday breaks and weekends this time of year as a way to spend time with their school-aged children outside the classroom, some families in Pahrump become nervous, wondering how they are going to provide enough food to feed their children over the breaks without the support of the free and reduced lunch programs they rely on during the school week.

Luckily local programs like Food for Thought help fill that gap during the weekends and holiday breaks to keep those kids from going hungry.

Although Food for Thought is not a new program here in the valley, what is new is the portion sizes they’ve been able to provide Nye County School District students this school year.

In years past Food for Thought provided backpacks and bags full of food they received from a program called Three Square to students of all ages in Pahrump, to sustain them throughout the weekends, holiday breaks and even the summer months when they were out of school.

“Last summer we had kids that were only picking up the meals sporadically, so we thought maybe they don’t all need it. So what we did was we made sure there were programs in place, the Nye County School District has their program where they give hot meals and Path of Hope picked up extra for kids on our program, so we were able to save that money. And now all of that money is going into food on the weekends,” she explained.

By not providing their service during the summer, Moore said Food for Thought was able to save approximately $20,000, which is now going toward providing larger portion sizes and more food to the children in the program during the school year.

Moore said it was clear this was an important decision for the program after a study confirmed what they had already suspected; the Three Square bags, while adequate for elementary school-aged children, weren’t enough to sustain middle and high school students for an entire weekend.

“They did a study and what they found were the Three Square bags were only enough to get a kid through one day. The kids are hungry from not eating dinner all week, so they were just scarfing it down,” she said. “Now our elementary school students get the Three Square bags, which we add to, and then we’re giving the full-sized portions to our middle school and high school kids, because obviously a little can isn’t going to get anyone anywhere, they could probably eat four of those in one sitting.”

Now instead of getting a bag full of small portioned items like cereal, fruit, juice boxes or canned spaghetti, the older children at the middle and high schools receive things like an entire box of cereal, a full-sized portion of easy to make noodles, larger cans of spaghetti and other foods.

And the children enrolled in Food for Thought at the elementary school level are getting a supplemented version of the Three Square backpacks they were receiving before.

Moore said so far there has been a positive reaction from kids and parents.

“We had kids that were on the program originally and then they stopped picking up, and I think it was because it wasn’t really worth it for them,” she said.

Food for Thought doesn’t have the money in their budget to send home an entire Thanksgiving dinner, but Moore said they do try to send home some traditional holiday items.

“We try, we just can’t full on do the turkeys and other items,” she said.

Food for thought is always looking for volunteers. The program is today in need of a volunteer coordinator for Hafen Elementary School.