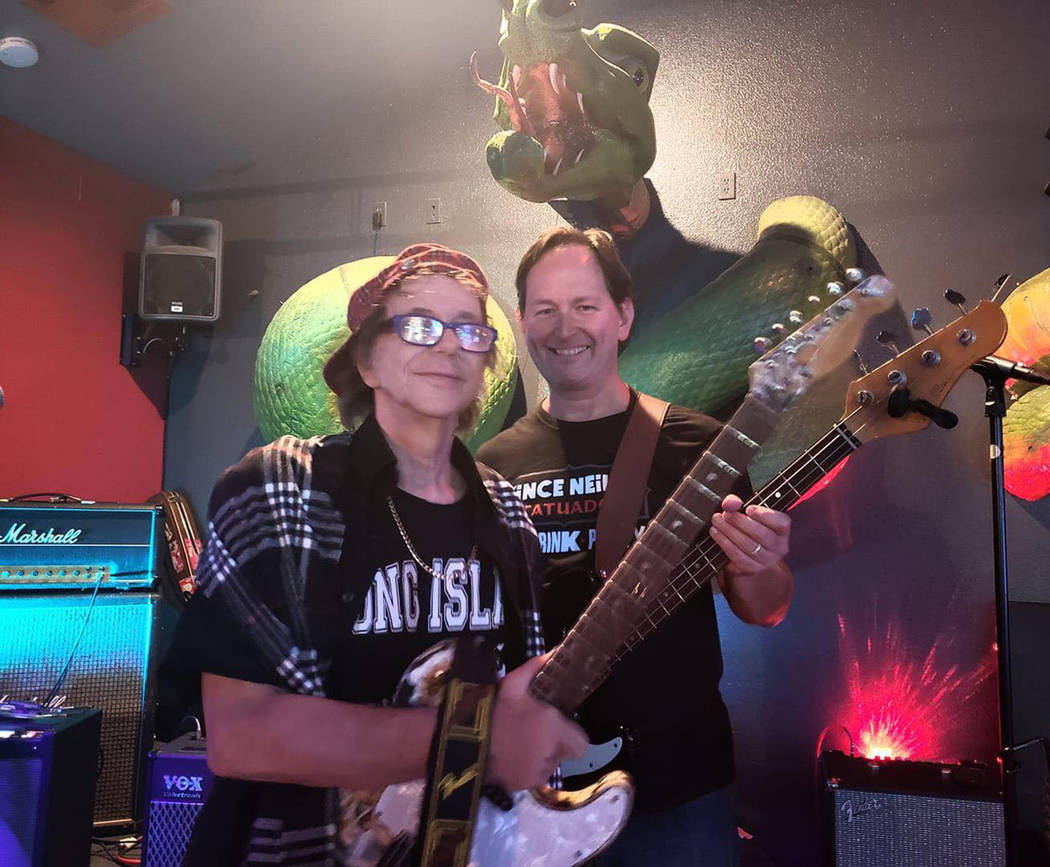 Photo courtesy of Sondra Hancock Duncan Faure, left and Tom Rice have signed on to perform a residency at Vince Neil's Tatuado Wild Side bar. Faure is a former musician and lead singer of the internally known rock band, 'Bay City Rollers.' Rice is a well-known musician on the Vegas circuit where he has played in numerous bands there.

For those not familiar with his name, musician Duncan Faure has performed at venues around the world over the past several decades.

As a vocalist, guitarist and keyboard player, Faure has played in several bands over that time, but one band, in particular, known as the Bay City Rollers, enjoyed an international following while dispensing several hit albums.

The band is best known for its No. 1 hit song “Saturday Night” released back in the mid-1970s.

On Sunday, Sept. 1, Faure will kick off a residency at Vince Neil’s Tatuado Wild Side Tavern in Pahrump, 2101 Gamebird Road.

Joining Faure on stage is well-known Las Vegas musician Tom Rice, a bassist and vocalist in his own right.

Wild Side Manager Sondra Hancock said she helped to set up the residency for the duo to perform.

“They will be performing three times a month,” she said. “Usually it will be two Sundays and one Saturday night. It’s going to be Labor Day weekend so I’m hoping for a good turnout. They will be performing this Sunday from 3 to 6 p.m. Duncan is internationally known from the Bay City Rollers. He’s a great musician and a very talented singer. We are very happy to have him performing in Pahrump.”

“Tom is well-known on the Vegas circuit and he plays in numerous bands there,” she said. “Tom hosts an open jam session at Saddle and Spurs and he’s the frontman in the Rum Runners and On the Air Band, who have played the Wild Side a few times.”