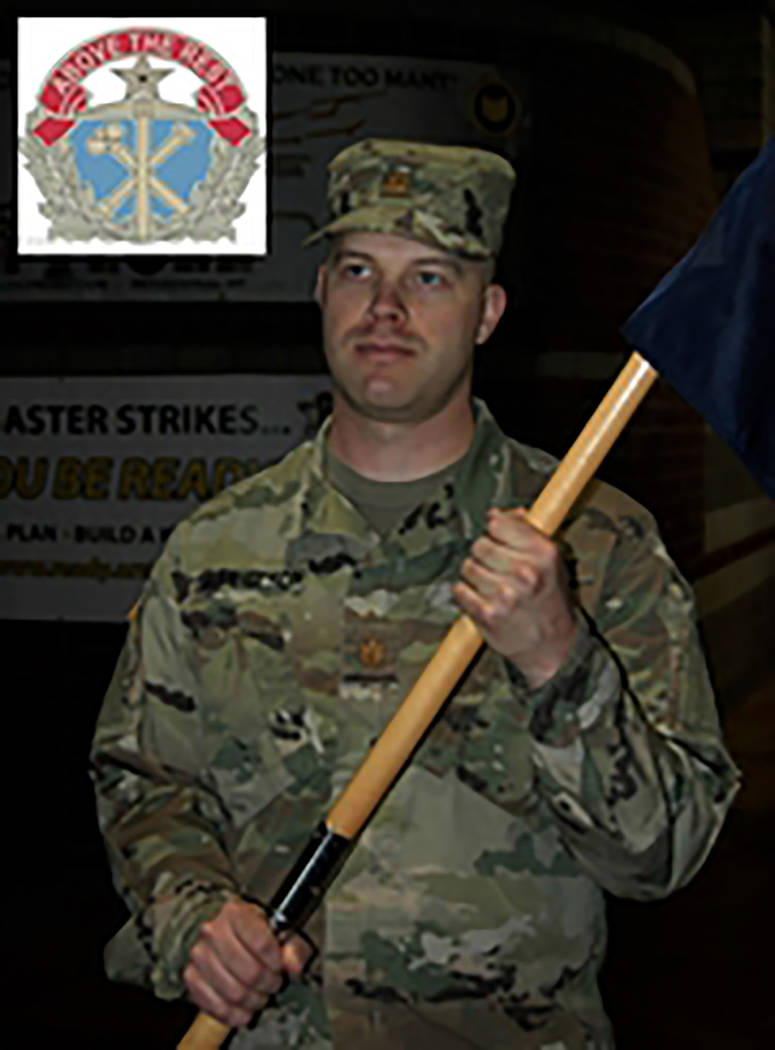 He’s now the commander of Joint Force Headquarters, the Nevada Army Guard that provides logistical and training support to the state’s more than 3,200 National Guard soldiers.

Gabrielson, 36, of Reno, succeeded Maj. Denisse Ramos. She had been the unit’s commander since Feb. 2016. Brig. Gen. Michael Hanifan, the commander of the Nevada Army Guard, presided over the change of command ceremony that saw the unit’s guidon change hands on July 15 in Carson City.

“I am honored and humbled to have been selected to be entrusted with this unit,” Gabrielson said in a statement released by the Nevada National Guard. “I plan to maintain and ensure the readiness of all the unit’s soldiers so they can provide effective support to the other units across the state.”

Since joining the Nevada Guard in 2011, Gabrielson has held a number of positions, including Joint Operations Center Battle Captain and Vigilant Guard ’17 exercise planner. Most recently, he was the 991st Multi-Functional Brigade’s assistant operations and training officer.

In addition to his duties as Joint Force Headquarters commander in Carson City, Gabrielson is also the state’s deputy strategy, plans and programs officer.

Ramos, of Las Vegas, is now set to go on active duty and participate in the Army’s High Performing Leaders Program in the Force Generation, National Guard Sourcing and War Plans and Policy section. She will work at the Pentagon and Army Guard’s Arlington Hall near Washington, D.C.

Joint Force Headquarters includes directorate operations as well as Judge Advocate General and Public Affairs Office support and range training and operations staff. The mission of the unit’s approximately 140 soldiers is to provide personnel administrative, logistical and training support to the state’s soldiers, especially those set to deploy.

Since 9/11, Joint Force Headquarters soldiers have helped more than 4,500 soldiers deploy and re-deploy on multiple Nevada Army Guard federal overseas deployment missions in support of operations Iraqi and Enduring Freedom as well as other global missions.

Domestically, Joint Force Headquarters soldiers assigned to the Joint Operations Center helped oversee and manage the response to several natural disasters, including one of the largest Nevada Guard domestic operations in state history with the mobilization of soldiers and airmen to respond to the Lemmon Valley flood near Reno.

Soldiers helped with the organization and construction of a four-mile long wall – a 4-foot-tall barrier – in an attempt to alleviate flood damage and assist local first responders.

Both the current commander and deputy commander of the Nevada Army Guard, Hanifan and Col. Joanne Farris respectively, are previous commanders of Joint Force Headquarters.