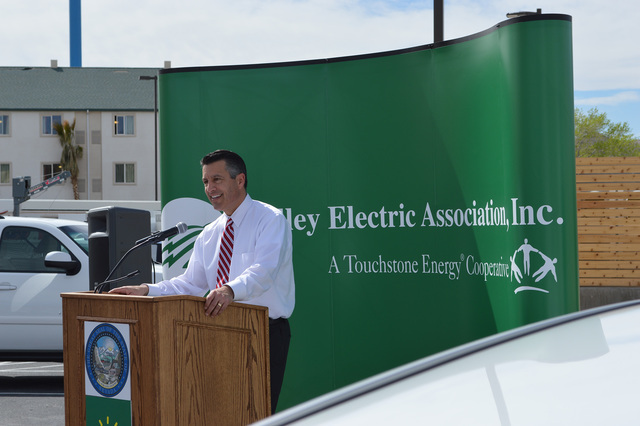 Gov. Brian Sandoval questioned why can’t school lunches taste better Tuesday as the state Board of Examiners approved nine contracts between the Nevada Department of Agriculture and various vendors worth $16.7 million to provide food for school breakfast and lunch programs. Special to the Pahrump Valley Times

CARSON CITY — Cafeteria lunches have been the butt of jokes for generations of schoolchildren. Mystery meat, chef’s surprise, cardboard often come to mind.

Sandoval raised the issue Tuesday as the state Board of Examiners approved nine contracts between the Nevada Department of Agriculture and various vendors worth $16.7 million to provide food for school breakfast and lunch programs. Funding comes from the federal government.

The Republican governor bemoaned that cafeteria lunches haven’t evolved beyond “chicken nuggets” in decades. He said he hears the complaints in his household from his 12-year-old daughter and her friends.

None of them like to eat in the cafeteria, he said. And when he visits schools, Sandoval said the wasted food he sees in the trash breaks his heart.

Sandoval said he’d like to see students participate in food testing programs so schools get a better sense of what kids will eat.

It’s not the first time Sandoval has inquired about the tastiness of the institutional food. In December 2014, the Nevada Supreme Court ordered the state health officer to report on the nutritional value of food served in state prisons.

In a status report presented during a later meeting of the state Board of Prison Commissioners, Sandoval asked, “But does it taste good?”

He noted nutritional food has no benefit if people won’t eat it.