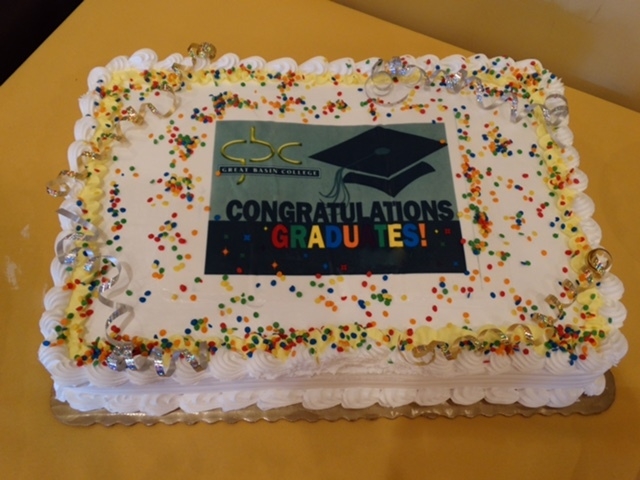 A record 611 certificates and degrees from Great Basin College were awarded this spring, with 45 of those coming from Pahrump.

Those students from Pahrump that received diplomas, associate degrees and certificates celebrated their accomplishments with a dinner reception on Monday.

The steady rise in graduates can be attributed to the college beginning to offer more baccalaureate-level courses to rural Nevada. The initiative has spurred a 24 percent growth in total bachelor degrees awarded by Great Basin.

“Six out of the last seven years, GBC has graduated a record number of students,” said GBC President Mark Curtis.

“The ever-growing number of bachelor’s degrees awarded by GBC confirms our belief that there is a need for additional four-year degree options in rural Nevada,” Curtis said.

There were 483 students who applied to graduate and of those, 128 received dual credit, giving them a diploma and a certificate which accounts for the 611 total.

Curtis said that the continued rise in graduates could also highlight national praise GBC was awarded for the affordability of its online classes.

“The incredible dedication of our faculty and staff have proved year over year they can find ways to be very efficient while continuing to provide high quality post-secondary educational opportunities to the citizens of Nevada and beyond,” Curtis said.

Curtis looks forward to continued success and increased graduation rates at GBC, as the college is set to celebrate a milestone anniversary.

“GBC has a vision for growth that has included more baccalaureate degrees, and more outreach to rural Nevada,” Curtis said. “Our next step is a push for state college status as we look forward to celebrating the college’s 50th anniversary next year and begin planning for the next fifty.”