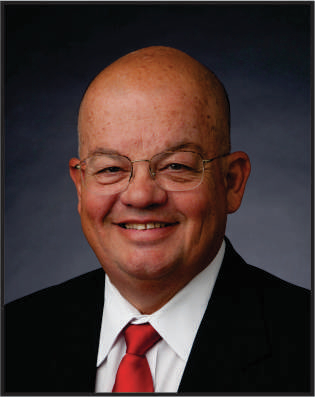 Great Basin College President Dr. Mark Curtis is set to retire from his position next summer.

On Oct. 6 Curtis notified staff members and Board of Regents Chairman Rick Trachok that he plans to step down June 30.

Curtis began his tenure at Great Basin in July of 2012, the last stop of a 46-year career in education.

“Great Basin College is a wonderful institution serving the citizens of rural Nevada in a highly-effective and efficient manner,” Curtis said. “It has been my distinct honor to serve as its president.”

Aside from his role as president at the college, Curtis also worked in other roles as that of designer, engineer, educator and author in his over the four-decade-long career.

Before taking over as president at Great Basin, Curtis served as vice president of Academic and Student Affairs at Alpena Community College in Alpena, Michigan and was also a full-time tenured professor at Ferris State University, Northern Michigan University and Purdue University.

The selection committee largely chose Curtis for the president’s role at the college due to his lengthy academic background.

Lynn Mahlberg, vice president of Academic and Student Affairs, explained that the school flourished in Curtis’ time there.

“In the last five years, graduation numbers have nearly doubled, new bachelor’s degrees have been added to GBC’s offerings, a veteran resource center has been established, and the availability and innovation of GBC’s online course and program offerings continue to be commended across the country,” Mahlberg said.

Having received an associate’s degree in drafting and design on his own academic path, community college sustenance and growth was a major part of Curtis’ vision and now accomplishments.

Great Basin also praised Curtis for expanded service to rural Nevada, including the acquisition of 274 acres in Nye County for the Pahrump campus.

The Board of Regents approved the conveyance of the land from the Bureau of Land Management to Great Basin College last month. The acreage is located on the southeast end of town, near Carpenter Canyon Road and Highway 160.

Great Basin operates a the Pahrump Valley Center on the high school campus, and offers classes in Beatty and Tonopah.

Ahead of his retirement, Curtis plans to continue writing and consulting within academic disciplines of meteorology, precision parts manufacturing and leadership.

Chancellor John White and Trachok will visit the Elko campus in the next few weeks to further discuss the future of the school as a new president is set to take helm of the institution.