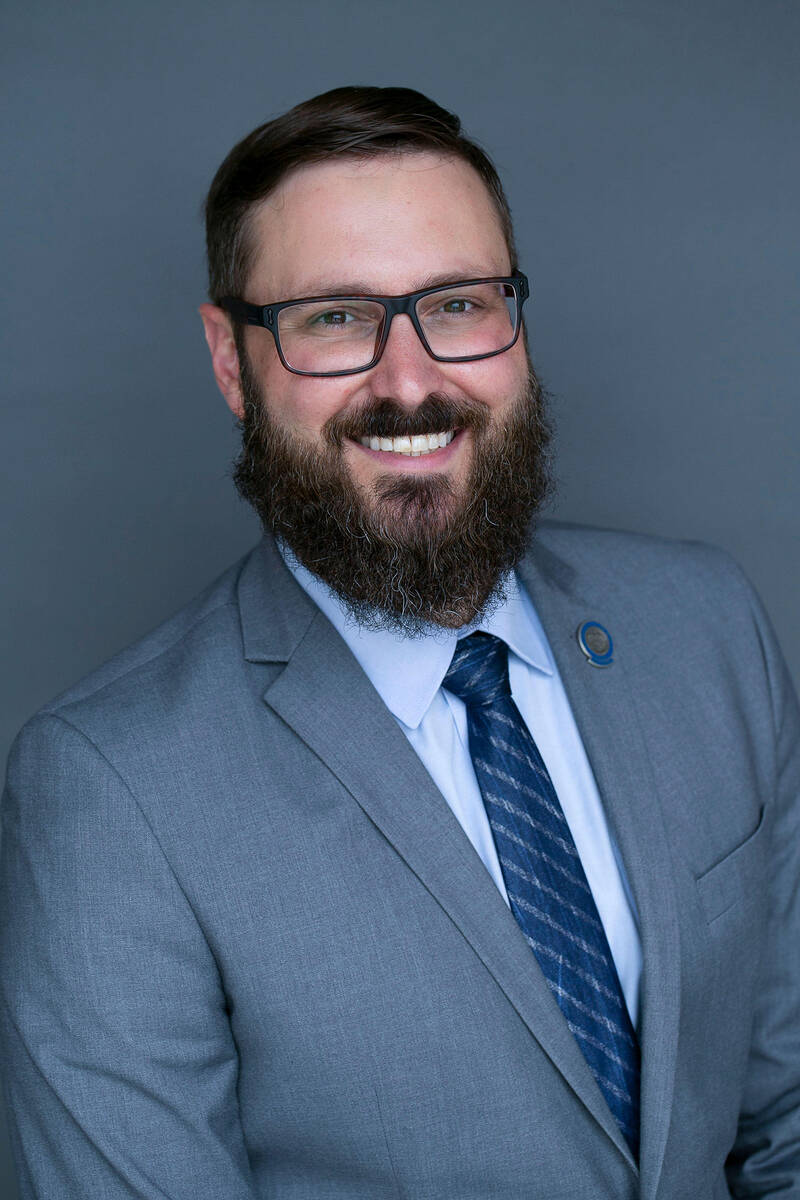 Special to the Pahrump Valley Times Nevada Assemblyman Greg Hafen II is striving to educate the community on the outcome of the 2021 Legislative Session and will be providing an overview of bills of note at two upcoming events.

The last year and half has been difficult for our nation as a whole. Families and businesses have been impacted all across the country. Recently, skyrocketing inflation has negatively impacted every American in some way. The U.S. used to be energy independent. However, in less than one year, our reliance on foreign energy has increased substantially thanks to extreme policy changes.

Energy is the fundamental industry that is needed to run and operate our daily lives. No matter how big a state’s energy industry is affordable energy is essential for our not just urban areas, but especially our rural communities.

American access to affordable energy has recently come under attack. Congressional Democrats’ new Reconciliation bill focuses heavily on tax increases on this important industry. The reality is that new natural gas taxes will unfairly impact businesses trying to rebound from the pandemic.

Most of Nevada’s energy supply is outsourced from other states. Increased taxes on this industry will increase the overall cost of energy, which will impact Nevada’s businesses and in turn, be passed on to consumers through increased electric bills and more inflation. We need policies that lower the cost of energy rather than complicate and increase them.

This is especially true now given oil and natural gas prices are already at their highest levels. The bottom line is Americans need affordable energy. The reconciliation package removes standard tax provisions for the energy industry and adds a new methane fee on operations.

Nevada’s businesses, both big and small need a plan that allows growth, rather than limits energy development. Why overtax this critical industry? All businesses need energy to run. The more accessible and affordable we can make energy, the more successful our businesses will be.

The Biden administration and policymakers have promoted several misconceptions about the industry.

They claim that the oil and natural gas industry have enjoyed tax breaks, whereas other industries have not. This is blatantly false. In fact, one report found the fossil fuel industry pays relatively high tax rates to the U.S. federal government, state and local governments. In 2018, IRS data compiled by the Tax Foundation indicates the oil and gas extraction industry paid $7.2 billion in state and local taxes and licenses, or 89.7 percent of net income, compared to 16.5 percent on average for all industries.

This does not account for jobs and economic revenue the industry provides to our state. In 2019, the energy industry brought $8,630,000 worth of additional value to Nevada alone, and was responsible for supporting nearly 75,000 jobs in this state.

They also claim these new taxes are a tool to control climate change. However, weakening fossil fuel production in the name of renewables today isn’t a realistic path forward. For example, natural gas is a critical fuel in our power generation sector and will help mitigate challenges associated with moving toward a more renewable energy grid. Increased uses of natural gas and improvements made by the industry have been the largest factors in reducing power sector emissions to historic lows. Methane, which is a greenhouse gas and the target of a new tax in the bill, experienced nearly a 70% drop in emissions per unit of production between 2011 and 2019.

Plans to penalize the oil and gas industry would not impact energy demand. Instead, consumers would look elsewhere to meet supply needs and make the U.S. more reliant on foreign imports from Russia and the Middle East.

As a state legislator, I hear firsthand from my constituents their fears of rising inflation and how it directly affects their livelihoods. I have made it my responsibility to raise awareness about federal policies that could adversely affect Nevada residents. Nevada’s Congressional delegation should do everything in their power to avoid these consequences.

It’s time leaders in Washington take a long hard look at energy provisions in this bill and consider the impact on average Americans. Raising the price of energy for businesses and consumers is not the right answer.

Opinions expressed in this work may not reflect those of the Pahrump Valley Times.