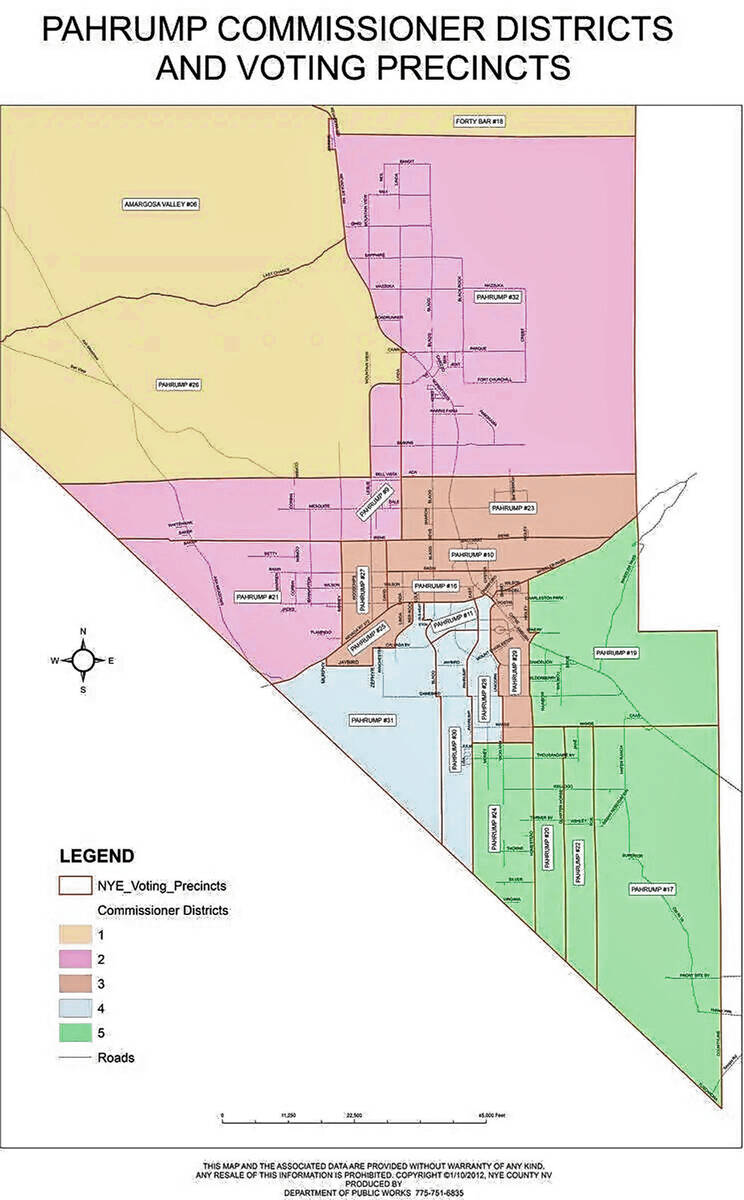 Incumbent Bruce Jabbour was leading the race for Nye County Commission District 1 on Wendesday, according to preliminary results and is projected to be the winner.

No Democrats filed to run in the primary, meaning Jabbour will retain his seat after November’s general election.

Challenger Ron Boskovich was leading the race for Nye County Commission District 4, as of Wednesday morning. Boskovich kept his strong lead against the incumbent and won the primary election.

If his margin holds, he’ll be the projected winner of the office as no Democrats filed for the office to force a November general election. The GOP primary for District 4 has been one of the most heated races of the political season.

On Wednesday, Debra Strickland was leading the race for Nye County Commission District 5, according to preliminary results from the election, despite some irrregularities with 11 ballots that were found to omit her name.

Strickland is the incumbent in the GOP primary for District 5. No Democrats filed for the office.

This is a developing story. Check pvtimes.com for updates.