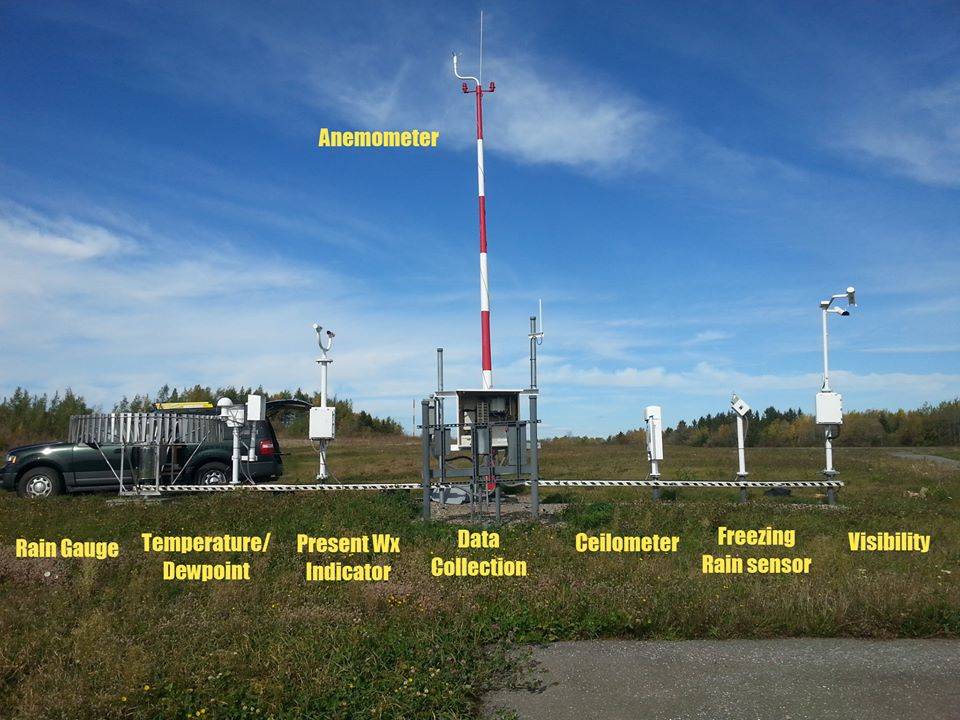 Special to the Pahrump Valley Times Shown in this photo provided by the National Weather Service in Elko is an Automated Surface Observing System, which helps to collect weather data.

Although summer 2017 was the hottest on record for Las Vegas, the case was different in Nye County and surrounding areas.

As the Las Vegas Valley continues to grow, urban expansion is one of the most likely factors of rising low temperatures, he said.

“It was well above normal, but shy of the record,” Harrison said about this summer’s average temperature in Pahrump.

According to the National Weather Service records, Death Valley had a record average maximum temperature of 118 degrees in 1917.

Beatty had an average high temperature of 99.4 degrees last summer, and average minimum temperature of 67.9 degrees. The average summer temperature in town was 83.7 degrees with a total precipitation of 0.52 inches.

Tonopah, meanwhile, had the hottest summer on record.

From June 1 through Aug. 31, the average temperature at the Tonopah Airport, that’s used as a climate site, was 76.1 degrees, which was 4.3 degrees above average for the same time period in previous years.

Luis Ingram, a meteorologist with the National Service Weather Office in Elko, said that for the past two years, summer temperatures in Tonopah kept rising.

While summer 2017 was the warmest for Tonopah, summer 2016 was the second warmest, and summer 2015 was the seventh warmest on record.

Ingram attributed this summer’s temperature to high pressure that was centered around Four Corners.

“And typically, when we get that kind of a pattern, we get south to southwesterly flow into Tonopah, and that typically tends to be a dry flow, … and so, when we don’t have cloud cover, we don’t have anything to suppress the heat,” Ingram said.

Ingram said the strong pressure helped to push away the storm system over the Pacific Ocean.

“When that happens, all the moisture pushes to Reno and Northern Nevada,” Ingram said.

From June 1 through Aug. 31, Tonopah saw 1.17 inches of rain, which was slightly below normal, according to National Weather Service data.

Ingram said the weather pattern for the past summer was typical, but stronger because of the pressure.

“When you have a strong enough pressure, you see a warm bubble,” Ingram said.

Ingram said no forecast was available for the area through the National Weather Service. Citing the data provided by Climate Prediction Center, Ingram said the weather outlook for September, October and November indicates above normal average temperatures and near normal precipitation for the entire state of Nevada.

The National Weather Service doesn’t have any reporting sites in Round Mountain, but has a reporting site nearby in Carvers, This summer, it registered had the warmest temperatures on record, with an average temperature of 73.3 degrees. No reporting sites are available in Gabbs, Ingram said.