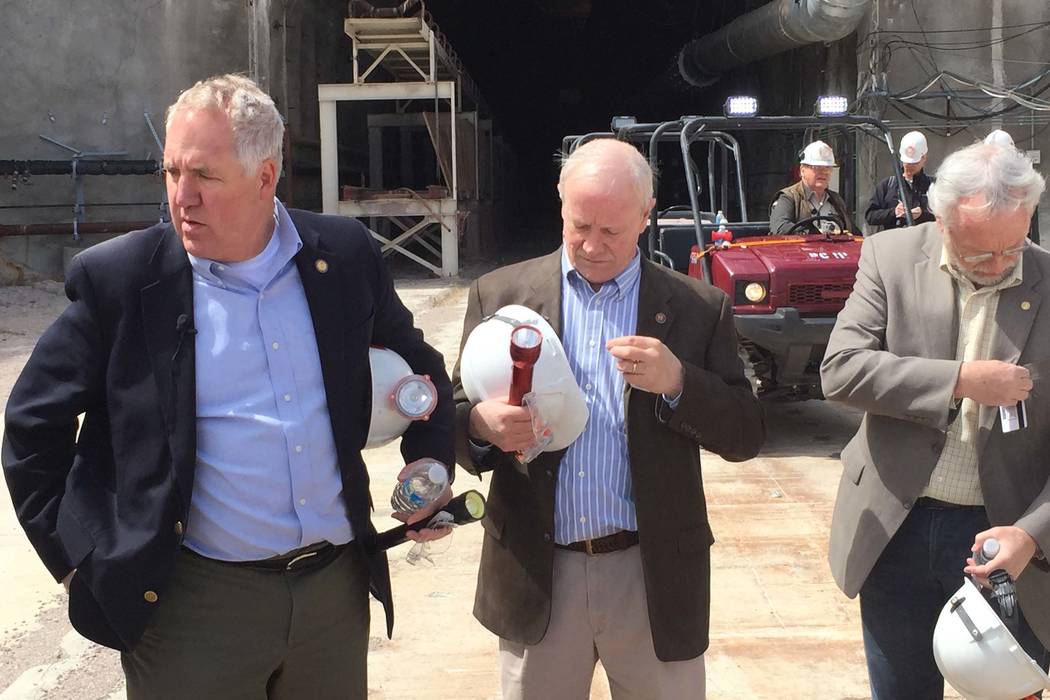 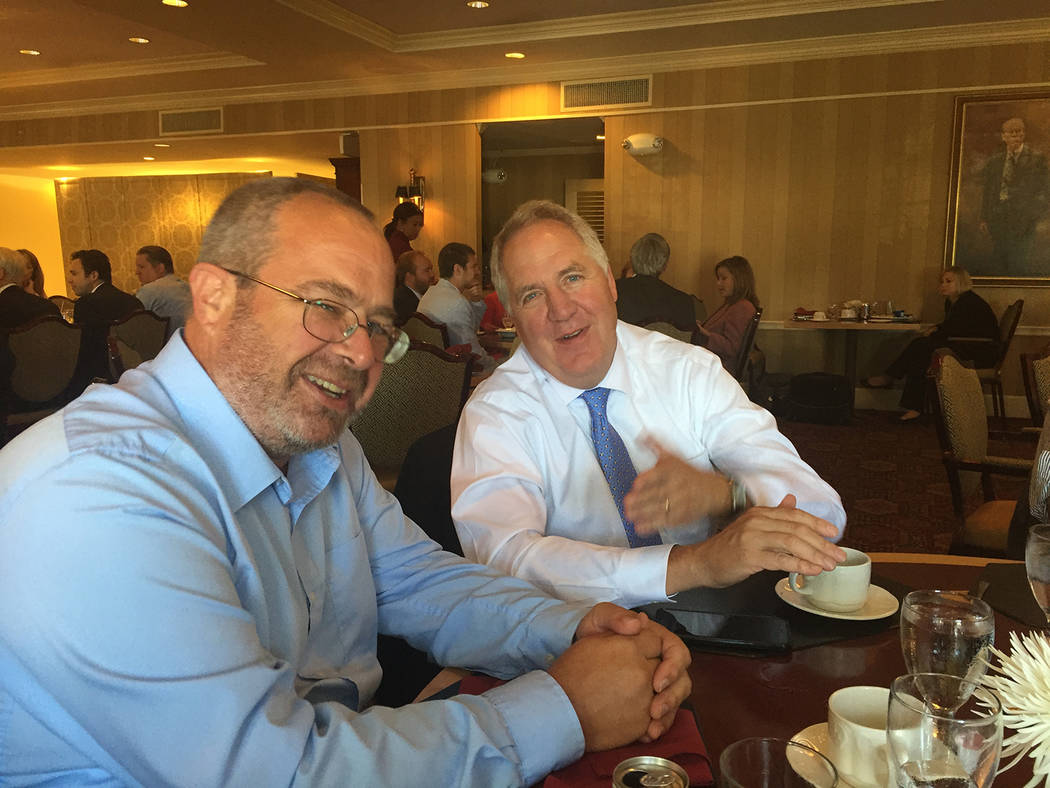 A bill to restart the stalled Yucca Mountain project in Nye County was approved by a full U.S. House of Representatives committee on Wednesday after members tried to appease Nevada by striking a provision dealing with state water rights.

But the bill also increased the statutory cap on the amount of nuclear waste that could be stored at Yucca Mountain from 70,000 tons to 110,000 tons, allowing the Department of Energy more storage in Nevada until a second permanent storage repository is built.

The House Energy and Commerce Committee voted 49-4 to advance the bill to the full House for consideration, which could happen as early as next month.

Efforts by the Trump administration and the House to restart the licensing application for Yucca Mountain have ignited a firestorm of opposition by most Nevada public officials, except in Nye County where Yucca Mountain is located.

“I am pleased with the overwhelming bipartisan support shown today to move the Yucca Mountain process forward through the Nuclear Waste Policy Amendments Act,” Nye County Commission Chairman Dan Schinhofen said. “While there was the adoption of an amendment for a path to interim storage, it is important to note that the committee agreed interim storage is not an alternative to the long-term solution of Yucca Mountain. The amendment will not take funding or resources away from the Yucca Mountain process.”

“I am also pleased the House Energy and Water Appropriations Subcommittee today supported the $120 million for Yucca Mountain that includes funding for the host county Nye County,” Schinhofen said.

But reaction to the House action from other Nevada elected officials was critical.

U.S. Sen. Dean Heller, R-Nevada, said he will stand with the state of Nevada and fight “this reckless proposal every step of the way.”

The overwhelming support for the legislation Wednesday came after the committee approved bipartisan amendments offered by U.S. Rep. John Shimkus, R-Ill., that authorized more federal funds for interim storage of nuclear waste and stripped language that usurped Nevada’s water rights — an issue that resonated with lawmakers in Western states.

But Shimkus, the chairman of the House Energy subcommittee on environment, said the changes do not remove the federal obligation to permanently store waste and get an answer from an independent safety regulator on “whether Yucca Mountain meets all the requirements to serve as a permanent repository.”

U.S. Rep. Dina Titus, D-Nevada, said that while some lawmakers were trying to paint the changes “as better for Nevada, the fact remains that this legislation is an attempt to dump even more waste into our state.

“They claim that the new bill addresses many of the concerns I raised during the hearing on the legislation earlier this year,” Titus said. “In reality, it is worse than existing law.”

A Shimkus amendment authorizes $150 million over three years for licensing of a pilot interim storage facility and gives the Energy secretary the ability to contract with a private company to store nuclear wastes.

Shimkus was also co-author of a bipartisan amendment that stripped out language that would have given the DOE authority to override Nevada’s authority on water rights. Nevada has denied the federal government a water permit for Yucca Mountain.

The water rights issue resonated with lawmakers in other Western states, as well as with conservatives who saw the original legislation as federal overreach.

The committee also included an amendment by U.S. Rep. Debbie Dingell, D-Michigan, that says the United States and Canada should not allow permanent storage of spent nuclear fuel near the Great Lakes.

Titus called that a great irony in the bill. “If it is not safe for them, how can it be safe for Nevada?”

The Senate is expected to file bipartisan legislation that would differ from the House bill. Republicans and Democrats in the Senate say their legislation will move more aggressively on interim storage. That bill is also expected to create a new federal agency to identify places to accept nuclear waste.