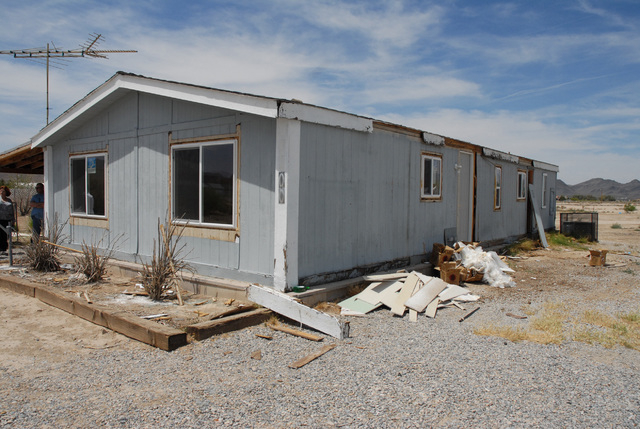 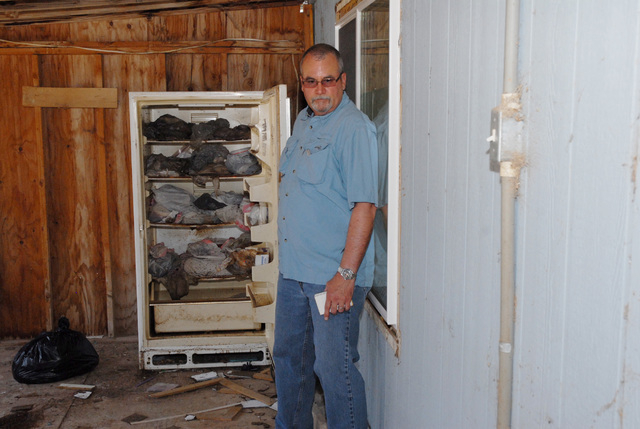 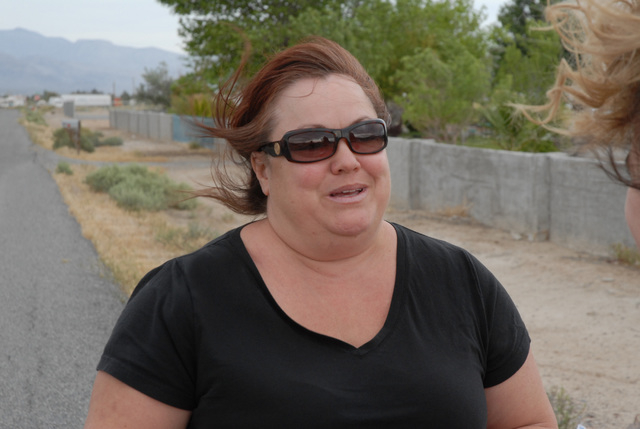 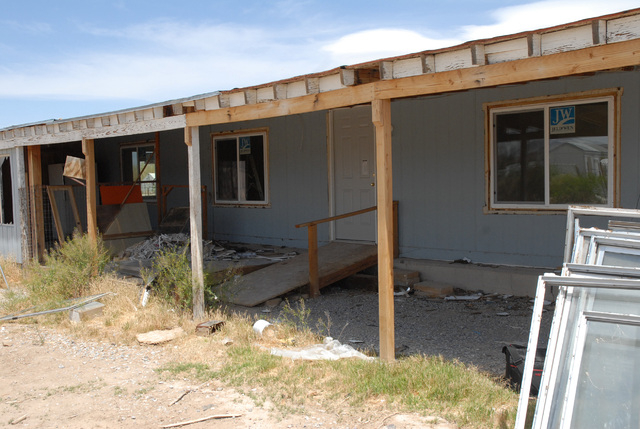 Dozens of dead animals scattered inside and outside a local home — some carefully packaged in plastic bags and stuffed in an upright, unplugged freezer on the property’s back porch.

The discovery was first made in early January after a local rental company went to 4700 Pueblo Road to inventory the home after evicting a tenant for non-payment. When they opened the door they were met with 17 dead cats and dogs lying among piles and piles of trash and other debris throughout the home.

“When the property manager hired someone to clean up the place, I guess it was filthy. The whole property, inside, outside, everything. When the property clean-up company got access to the inside of the house, they found 17 dead animals. And that’s why we were called,” Payne said.

The emergency services director said animal control officers photographed the remains and the scene, but noted at that time there was not much else they could do without locating the former tenant.

“We took photographs and did a follow-up investigation, but at that time we couldn’t find the old tenant. We tracked them down to where they had been last, they had been here in town until the very first part of January and then they disappeared. I think they lived with a brother that still lives here, but we couldn’t find them. According to the brother, (the tenant) sold his vehicle, got a rental car and left and he thinks he went to either Oregon or Washington,” Payne explained.

The director said they then informed the property manager it would be the company’s responsibility to properly dispose of the remains.

Animal control was called back to the property again on Friday after it received yet another report of dead animals found on the property.

“In between then and now the clean-up contractor cleaned and gutted the inside of the house and they hired a contractor to come in and start hanging drywall and just start cleaning the place up. So they didn’t do anything to the outside. So now we come to last Friday. The clean-up contractor was called back to start cleanup outside and they get to a back porch where there’s an old upright freezer and they open it up and it was pretty intense, there were 20-30 dogs and cats in plastic bags stuffed in the freezer,” Payne said.

In all, Payne estimates Nye County Animal Control found somewhere between 35 and 50 dead cats and dogs on the property over the course of two visits to the location.

In all of his 37 years in emergency services, Payne said he doesn’t believe he’s seen anything more horrific or terrifying than what they found at the home.

“I’ve seen a lot of stuff but this creeped me out big time. It’s one of the worst things I’ve ever seen,” he said.

And this wasn’t the first time Nye County Animal Control has been called to that property.

Payne said animal control has made seven visits to the home since 2009.

At least one of those calls was for deceased animals on the property, but most were requests from the public to check on the welfare of animals living there.

“Every time we had dealt with it in the past it appeared the individuals there had complied,” he said.

A neighbor who lives several streets over said he knew there was something not right within the home, but had no idea it was this bad.

Cody Reynolds said he used to give rides to a man who lived there and would invite a teenage boy who lived there over to his house for meals when he didn’t think the boy was getting enough food at home.

“I was never allowed inside the home, but honestly I didn’t want to go any further than the front of my truck,” Reynolds said. “(The man) smelled so bad, it was hard to be next to him whenever I would give him a ride.”

At one point the neighbor said the family was living without power in the home and would come to his residence to get water and cook their food.

That stopped, Reynolds said, after the man allegedly brought him an entire goat’s leg, blood dripping from it, and asked him to cook it for him to feed to his animals.

Despite those issues, Reynolds said he continued to try and help the family because he knew it was the right thing to do.

Had he known what was truly going on inside the home, however, Reynolds said he would have immediately turned them in for animal abuse.

Following animal control’s second call to the residence last week, Las Vegas-based animal activist group Nevada Voters for Animals (NVFA) was tipped off about the situation by a Facebook post and came out to see the horrific scene for themselves.

NVFA President Gina Greisen said she called Payne Friday evening, and the two had a long conversation about what could be done to bring justice for the animals.

They came to an agreement that Nye County Animal Control would take custody of four or five of the cats and dogs still on the property Monday and transfer them to Clark County Animal Control to be held in their freezers at the LEAD Animal Shelter until a necropsy, or animal autopsy, could be conducted to try and determine their cause of death.

Monday evening, Greisen said she was disappointed only four animals, two dogs and two cats from inside the freezer, had been transferred to Clark County. She said she hoped they could possibly secure at least one other, the remains of a black dog with a collar, to conduct a necropsy on as well.

Greisen said she hopes the necropsies will reveal some information that could help bring charges against the former tenant for the animals’ deaths.

“There was obviously something that they didn’t want people to see. I can’t even imagine the suffering of those poor animals,” Greisen said.

The NVFA president said the Animal Legal Defense Fund has pledged $2,000 to their cause to help pay for the necropsies, expert witness fees and any extradition costs to bring the tenant back to Pahrump to face charges.

“So leaving the state is no excuse to not go after this guy,” Greisen said.

Payne said any evidence his office gathers will be turned over to the Nye County District Attorney’s office where they will ask that a citation be filed against the former tenant.

“Depending on what we find here in the next few days, we’re going to try and make heads or tails out of this whole situation, we’re going to request from the DA that a citation be issued. The citation will just sit there until we find someone to put it on, but at least it will be made, which means all of the evidence will be in one spot, which on some level is a comfort of some kind. All we can do is hope that we find this guy,” Payne said.

The emergency services director said animal control scanned the remaining bodies on the property Monday for microchips, but none were found. A check of their records also revealed the county had not adopted any animals out to the former tenant either.

What Payne said he has now are questions.

“Was this an animal hoarding thing? Was it somebody that’s seriously ill and loves their dogs and cats and wanted to keep them close to them even in death? Was it some sort of sacrificial thing? Were they eating them? Believe me I’ve had all weekend to think about this stuff and it’s disturbing,” he said. “The terrifying thing to me is he’s out there, somewhere, and I can’t do anything about it.”

Payne said he would like to remind people that animal control is a complaint-driven service. If you see something you think may be animal abuse or mistreatment, he asks that you report to animal control as soon as possible.

“I know people want to be good neighbors and I know a lot of people don’t want to cause any trouble, but if someone believes that any animal is being mistreated, that’s what we’re here for,” he said. “We can only help our community if our community helps us. If somebody doesn’t tell us to look behind the house or the shed, we don’t know. Now if we’re driving down the road and we see a horse in a pasture with every bone in his body showing, that’s one thing, but that’s rare that that happens.”