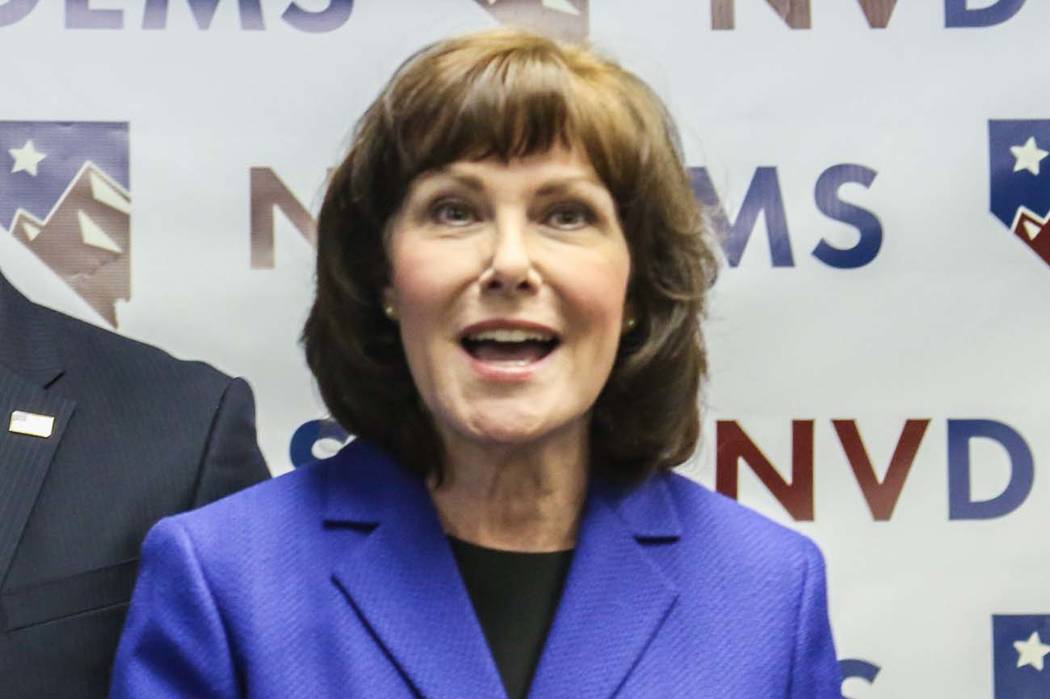 CARSON CITY — First-term U.S. Rep. Jacky Rosen made it official on Thursday: She will challenge U.S. Sen. Dean Heller in the 2018 election.

Rosen, a Democrat, made the long-expected announcement official with a post on Twitter and a statement saying she decided to run to better represent Nevada families in Washington, D.C.

“Now more than ever, Nevadans deserve a senator they can trust to be an independent voice standing up to President (Donald) Trump, not his enabler,” she said in a statement. “Senator Heller might not sound like President Trump, but his voting record shows he supported Trump’s agenda 100 percent of the time in his first 100 days.”

Rosen noted that Heller is “widely viewed as the weakest Republican senator up for re-election in 2018” and said she has been touted as a “top-tier candidate” in the race.

“As your next senator, I will work tirelessly to strengthen the ladder of economic opportunity for the next generation, whether it’s expanding our clean energy economy, improving our education system for the jobs of the future, raising incomes for working families, or fighting tooth and nail to protect your access to affordable health care,” she said.

“She is already in the pocket of Nevada’s political puppet-master, Harry Reid, after he hand-picked her to run, and Jacky’s allegiance to Reid is even raising red flags within her own party,” McAdams said in a statement. “Rep. Dina Titus, who has taken on the Reid machine numerous times and won, publicly stated today she’s considering challenging Jacky in a primary.”

Titus is Nevada’s representative in the 1st Congressional District in Las Vegas.