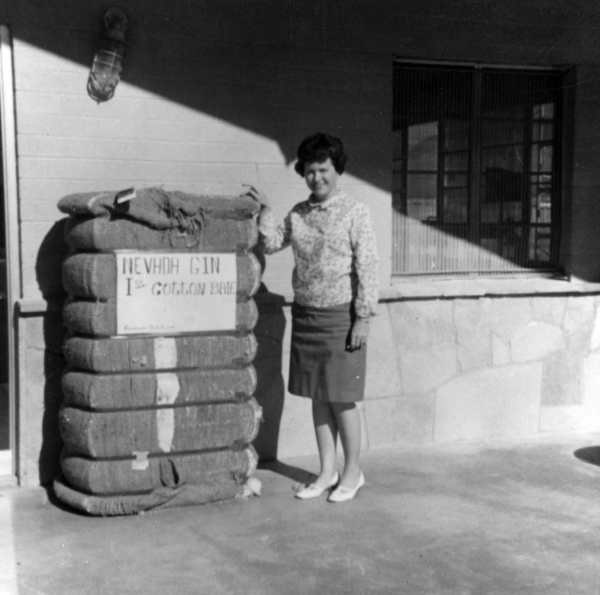 A member of one of the most prominent families in the settlement of the Pahrump Valley has died.

Jacque Louise (Woner) Ruud, who arrived in the valley in the 1950s, passed away July 20 from complications from Alzheimer’s disease.

Ruud’s younger sister Charlotte Floyd said Ruud had been convalescing in a nursing home for more than three years. The funeral was held Monday and she is interred at Chief Tecopa Cemetery next to her late husband, former County Commissioner Bob Ruud.

The Ruud name has been a fixture in the community for decades, is the namesake of the town’s Bob Ruud Community Center.

The Ruuds were known as pioneers in the community for their efforts to help establish farming and agricultural industries.

Both came from farming families.

The couple first visited Pahrump in 1951, surveying plots of land to start an agricultural business growing and harvesting cotton, all while living in California.

In 1958, they decided to move to the area, where Mrs. Ruud would begin a career performing accounting work at a cotton gin, while her husband began farming the land they purchased.

“You could come and lay claim to tracts of land, do the improvements, and then you could buy it and that’s why they came over here,” she said. “Jacque worked at a cotton gin until they shut it down,” Floyd said.

Years later, Bob Ruud decided to enter the world of local politics, where he served three terms on the commission with a focus on education and infrastructure.

Floyd said after Ruud died in 1983, Jacque decided to carry on what her husband began.

“The governor appointed her to Bob’s position after he died,” she said. “She just filled out his term and didn’t run anymore. She was pretty politically minded. She became involved in the Harvest Festival Board when it first started and served on the town advisory board.”

According to an oral history given by Ruud to local historian Bob McCracken in 1988, she was born Nov. 22, 1929 in Fullerton, California to Glen H. and Mildred E. Woner.

Born Jacqueline Woner, she was raised in Chowchilla, California, where she graduated from high school.

She attended Heald’s Business College and shortly after met her future husband at a football game. The couple tied the knot on July 30, 1950.

Ruud had many talents as evidenced by the fact that she was a performer in high school, where she played the trombone and was part of a group called the Upbeat Seven.

Though Ruud was savvy and compassionate while serving the town and county, Floyd said her sister also displayed somewhat of a demure personality.

“She was a very gentle and shy person actually,” she said. “She didn’t participate in a lot of women’s groups because she was very much attached to her land and helping with the ranch.”