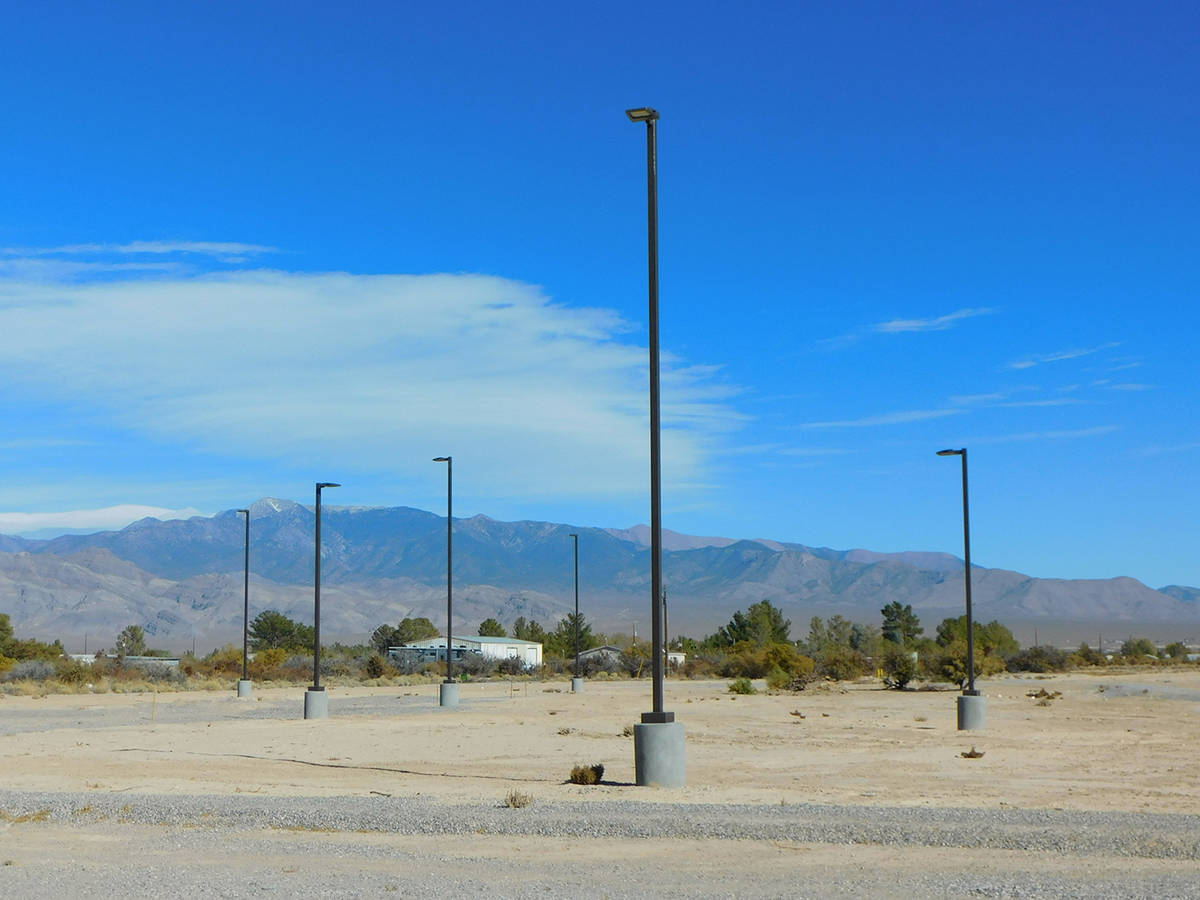 Robin Hebrock/Pahrump Valley Times Taken Wednesday, Nov. 18, this photo shows the lighting that has been installed at Kellogg Park on the south side of Pahrump. Concrete work is next for the site. 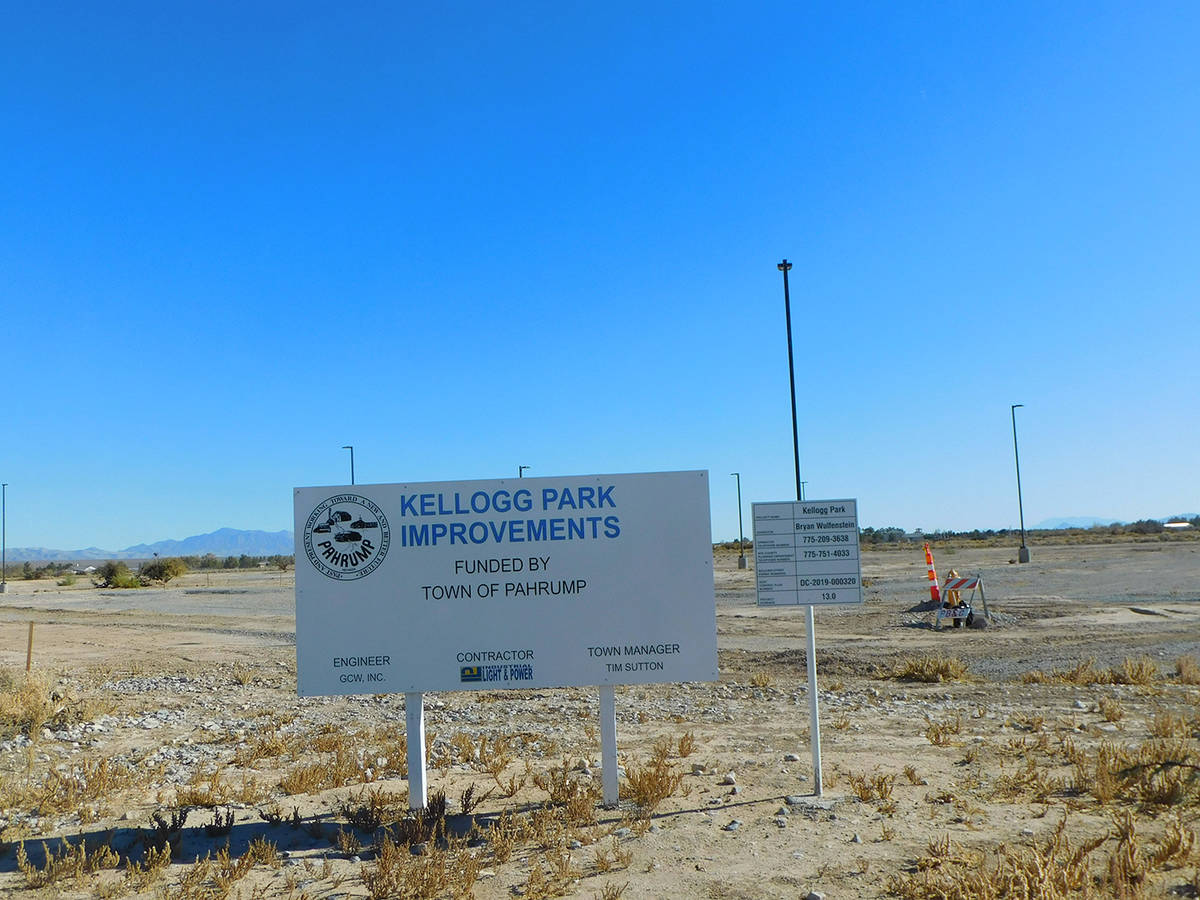 It’s a project many years in the making and one that Pahrump residents, specifically those living on the southern end of the valley, have been highly anticipating. Though it took some time to finally get momentum going, the development of Kellogg Park appears to be moving along at a constituent pace and the land dedicated to the park is now beginning to resemble the recreational destination that the acreage will eventually become.

The first shovelfuls of dirt were ceremoniously turned by Nye County and town of Pahrump officials during a groundbreaking ceremony held in May 2019.

Grading and clearing, undertaken by Wulfenstein Construction Company through a $549,000 contract with the town of Pahrump, was completed later in 2019, making way for the next phase of the project, the installation of electrical and lighting infrastructure.

This portion of the development was handled by Industrial Light and Power, which received a $408,000 contract from the town for the job. Beginning in December 2019, Industrial Light and Power’s installation wrapped up in March of this year and now, town and county officials have turned their attention to the next portion of development, the installation of concrete at the site.

During its Monday, Nov. 16 meeting, Nye County commissioners, sitting as the governing board for the town of Pahrump, approved the awarding of the Kellogg Park concrete contract to local company Morales Construction. The contract calls for, “…concrete curb, concrete u-channel, including reinforcing steel, forms, joints, finishing, curing and other appurtenant work,” as well as pedestrian ramps, according to the contract documents.

The work comes with a $143,000 price tag, with all costs to be paid out of the town of Pahrump’s parks fund. The agenda item noted that the project is to be funded and budgeted as a match for part of a grant from the State of Nevada Land and Water Conservation Fund.

Kellogg Park is set to one day encompass a total of 80 acres, with two 40 acre parcels located at Squaw Valley Road and Bridger Street, just north of Kellogg Road, earmarked for the development.

Phase one is set to turn 18 of those acres into a formal walking path that will wind through native vegetation, three separate dog parks for small, medium and large canines and a large grassy area, along with restrooms and paved parking.

Morales Construction will begin work within 10 days of being issued a notice to proceed from the town and will then have 60 calendar days in which to complete the concrete work.