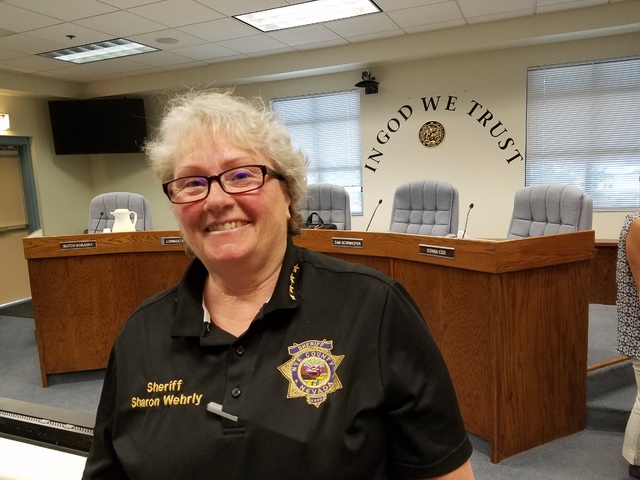 In reference to the attorney general ‘s opinion, paraphrased, because the new Background Check Act states private party transfers and sales must be completed utilizing the FBI background check system and the FBI has taken the position that the Background Check Active, as currently written, cannot function.

I stand with Attorney General Adam Laxault on this issue. However, as we both know, the majority of Nevadans have voted to embrace the Background Check Act. Therefore, the Nye County Sheriff’s Office will enforce the Act when and if the current impasse is resolved and implementation is successful.

There has been much discussion at the law enforcement level attempting to devise methods to enforce the new Active, referred to as the “tattle-tale law.” Tattle-tale because, in most scenarios, local law enforcement would not know the law had been violated without victim or witness intervention. This is particularly true in Nye County because we do not have an abundance of sanctioned firearms ranges. In fact, Nye County is the home of only one fully-staffed firearms range, Front Sight. Nye County, however, has multiple shooting sites and impromptu desert shooting locations.

As you know, I was not a proponent of the Background Check Act as it was written primary because, in my opinion, it will do nothing to keep firearms out of the hands of criminals and will significantly restrict the rights of law-abiding citizens, costing them money, time and inconvenience to comply with the Act. It is possible the Act, as written, would make a criminal out of a law-abiding citizen who does not have immediate access to a sanctioned range and in the course of enjoying his or her Second Amendment rights at an unsanctioned range, allows a friend to fire his or her firearm. Even though there are portions of this Act I do agree with, to agree to the entire legislation, you must be able to embrace the entire Act. I do not.

When the details hindering implementation of the Act are worked out, it will cost the state and local law enforcement additional time, effort and funds to enforce.