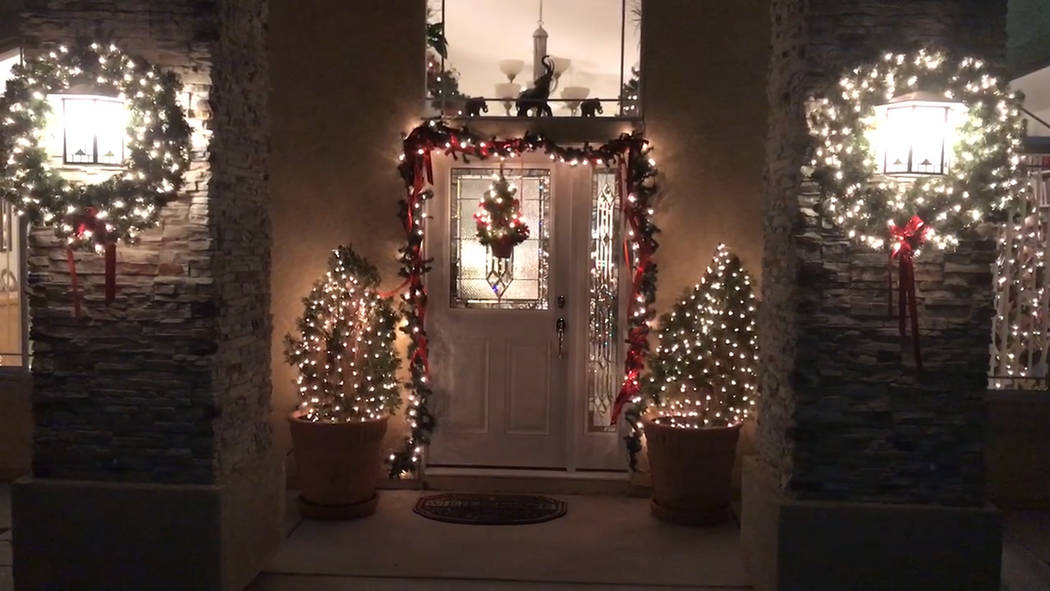 Jeffrey Meehan/Pahrump Valley Times Entrance of a local residence filled with a Christmas display that spans across some 4,600 feet. The collection includes hundreds of lights and ornaments, along with other Christmas gear and more than two dozen trees, each with its own theme. 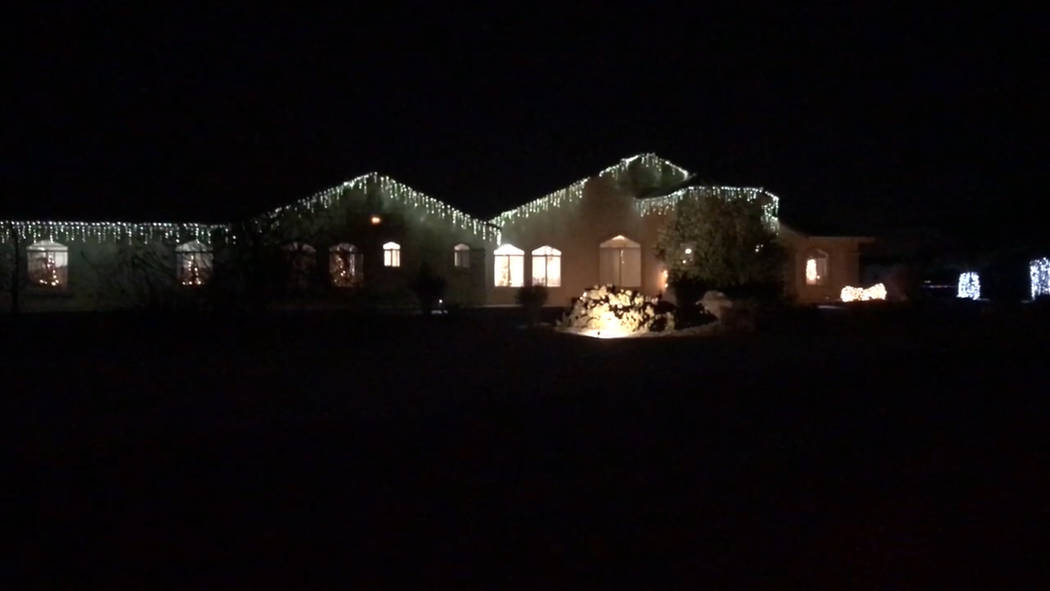 Jeffrey Meehan/Pahrump Valley Times A Pahrump couple is opening the doors to the public to view their large collection of decorative Christmas ware this holiday season. The display, available to view by appointment, includes hundreds of lights and Christmas ornaments, along with dozens of other related pieces. 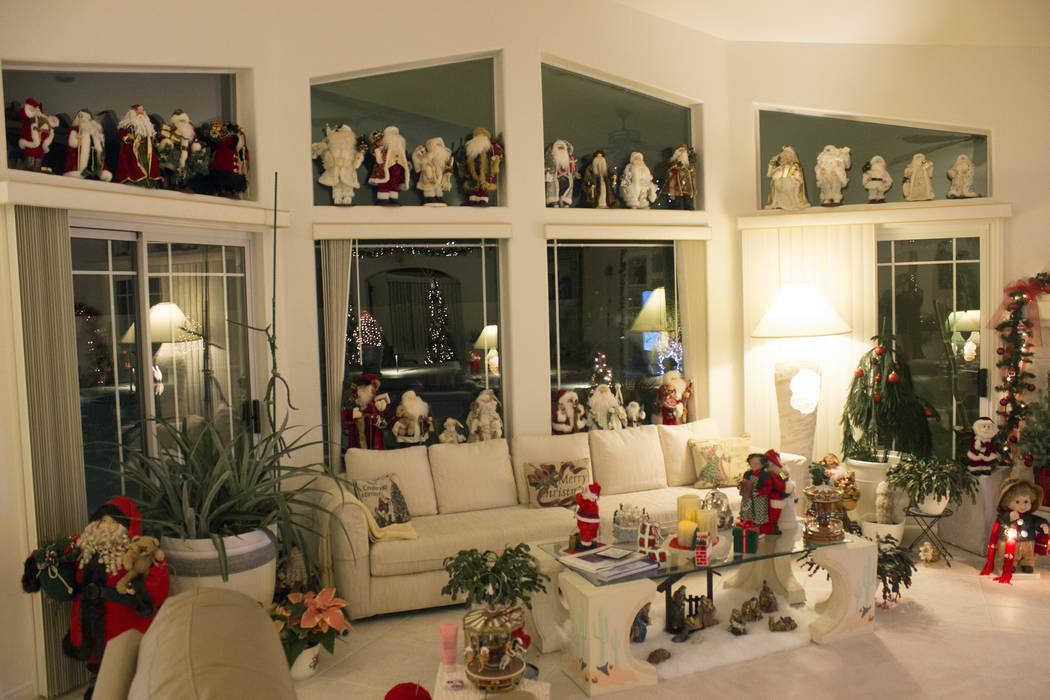 Jeffrey Meehan/Pahrump Valley Times A local couple, Curt and Dot Ahrens, opened their large display of Santa Clauses and other Christmas-themed items in their Pahrump residence to the public, on an appointment basis. 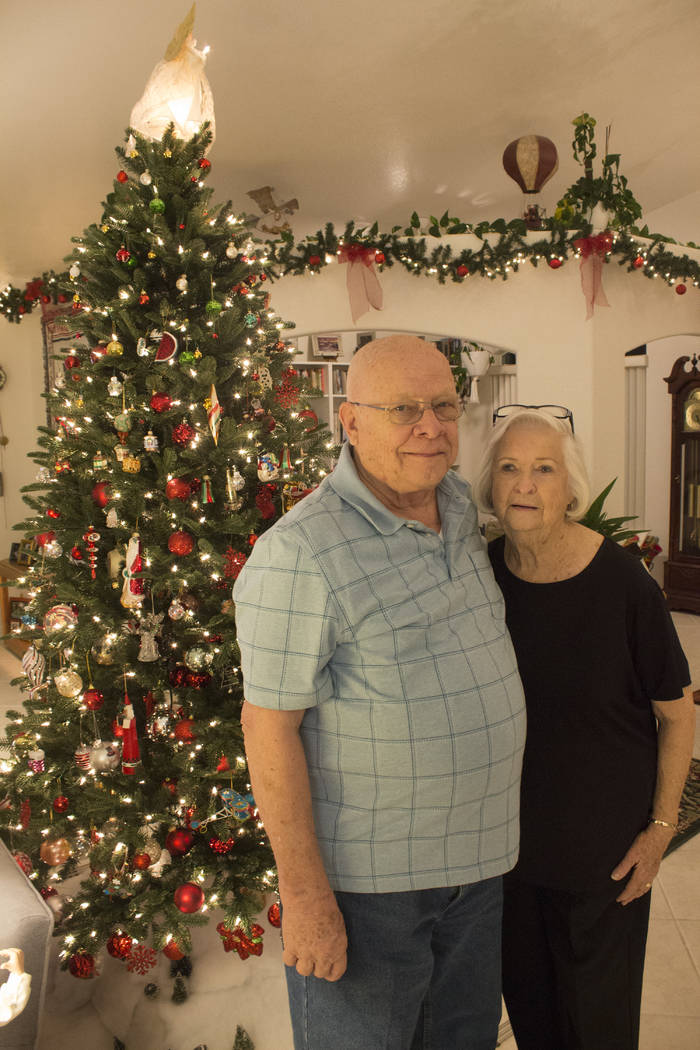 Jeffrey Meehan/Pahrump Valley Times Curt Ahrens (left) stands next to his wife Dot (right) in the living room of their residence that they're opening to individuals and families to view their large Christmas display. The residence contains dozens of Christmas-themed items, including 25 themed trees, across some 4,600 square feet. 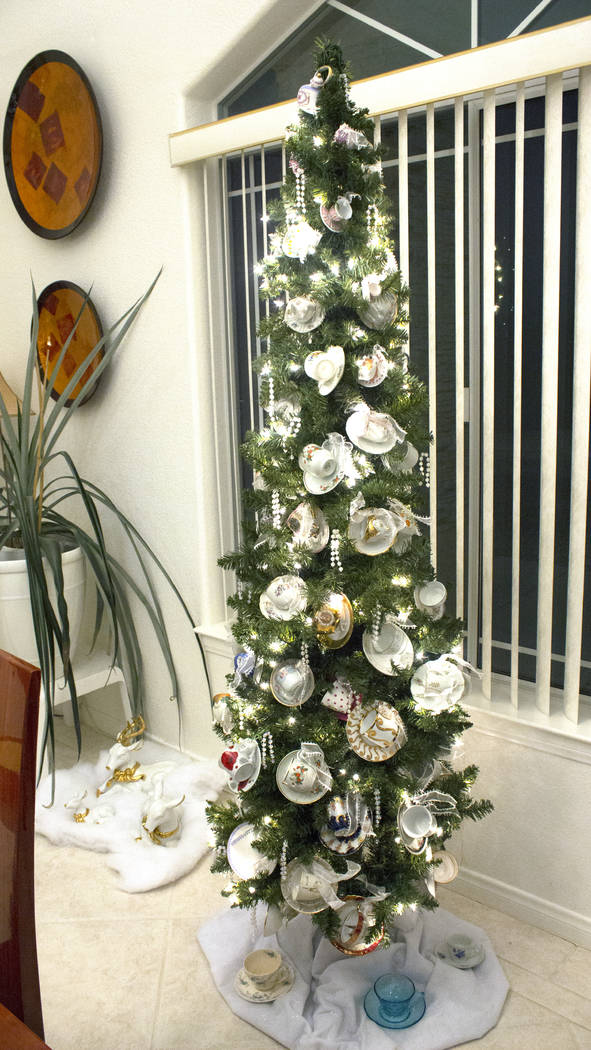 Jeffrey Meehan/Pahrump Valley Times Pahrump husband and wife Curt and Dot Ahrens have more than two dozen individually themed Christmas trees in their local residence. That's just a portion of the dozens of Christmas-themed items on display at the couple's Pahrump home. 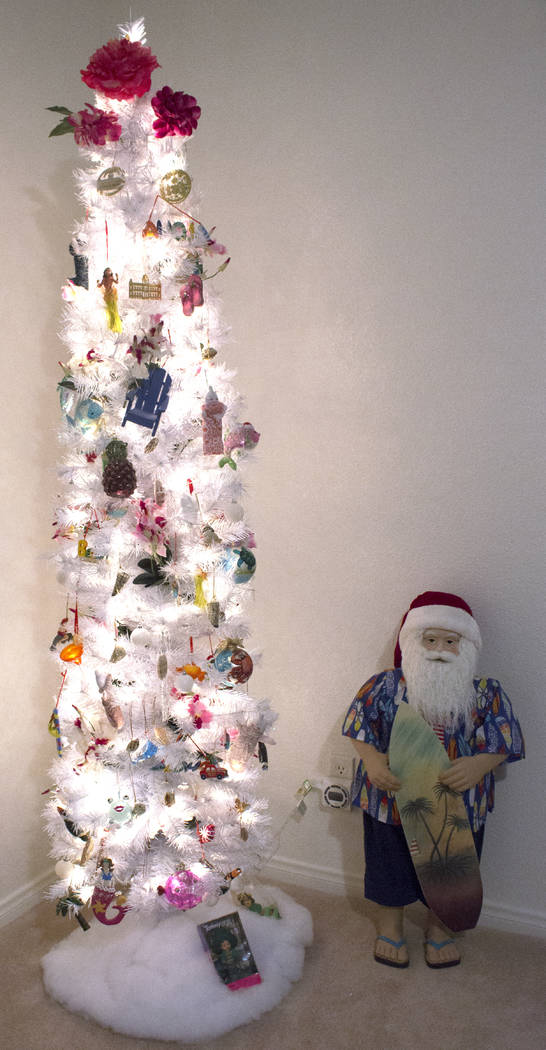 Jeffrey Meehan/Pahrump Valley Times A Hawaiian-themed Christmas tree is one of 25 themed trees inside a Pahrump home on display to area residents. 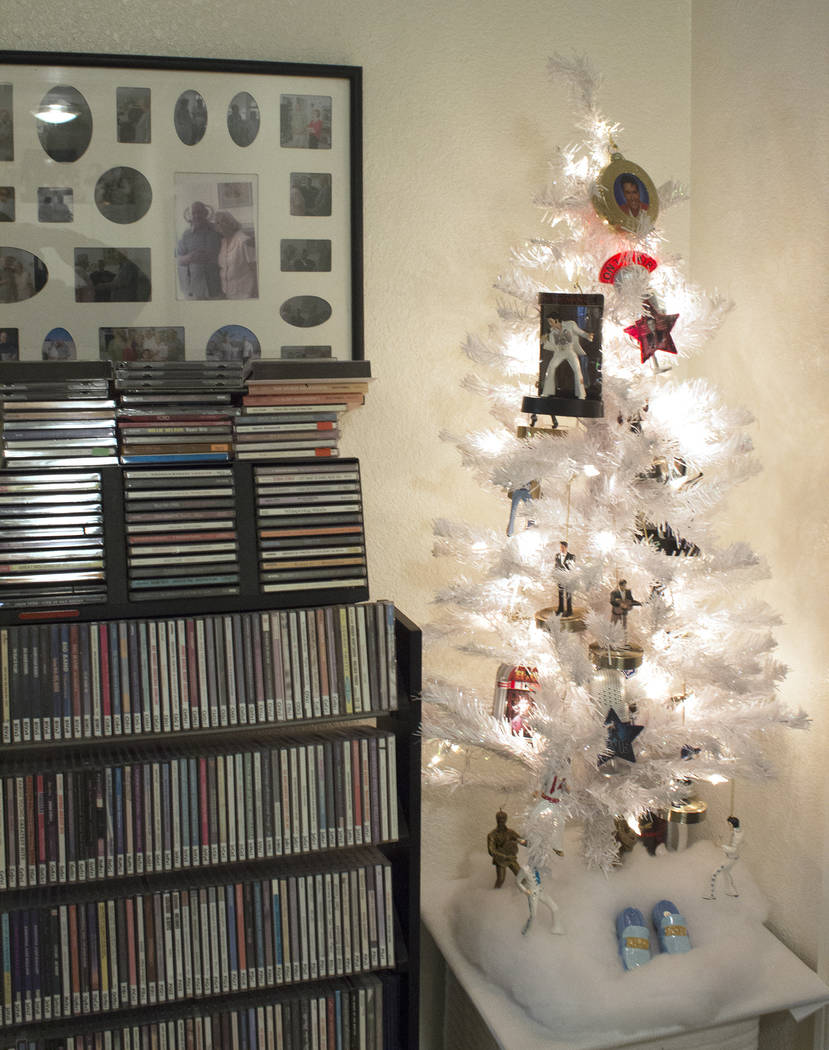 Jeffrey Meehan/Pahrump Valley Times Pictured is an Elvis-themed tree inside a Pahrump residence. The tree is one of more than two dozen open for public viewing by local couple Curt and Dot Ahrens.

The days and weeks surrounding Christmas and the holiday season bring with it a glowing atmosphere to Pahrump that signifies the spirit of the season. One local couple works tirelessly to emblazon that spirit along their street, both on the exterior and interior, all of which is open to the public by appointment.

Hundreds of lights, ornaments and over two dozen themed trees are just a part of the collection inside Curt and Dot Ahrens’ Pahrump residence.

Dot, who has has been working on building her collection for decades, said anyone is welcome to come view her collection that she spent over 400 hours setting up for the holidays.

Dot and Curt’s collection is well beyond the basic ornaments and lighting. Every room in their 4,600-square-foot home is full of some type of decoration, ornament or other display of the Christmas spirit, including 25 themed trees and a large collection of nutcrackers of various styles and sizes.

In the living room, the spirit can be viewed and felt with a tree containing more than 1,400 ornaments, Dot, a native of Atlanta, Georgia, said. Along the window sills of a large window inside the living room area, a string of Santa Claus dolls, which are surrounded by several other decorations that cover the space.

Some of the 25 themed trees spread throughout Dot and Curt’s Pahrump home include an Elvis tree and one that is themed around the Coca-Cola Company.

“You have to have Coca-Cola stuff if you live in Atlanta because that’s the home of Coke,” Dot said.

Dot also has a Mary Kay-themed tree; she is a Mary Kay sales consultant.

Dot said she makes it a point to have every window in her home contain a tree that is visible from the outside.

Both Dot and Curt are retired from Delta Airlines. Dot worked in Atlanta, and Curt was previously stationed in Los Angeles for Delta, though the two interacted with each other during their years with the airline. Curt moved to Pahrump after retiring from Delta.

In 2011, Curt’s then-wife passed away, and both he and Dot reconnected. By 2012, after carrying on a long distance relationship, the couple married and Dot moved to Pahrump.

According to Dot, both of them each had their own large collection of Christmas gear when she moved to the area. That combined collection now sits for all to view.

“I have people coming just about every night, and if they want to come by and see it, they’re welcome,” she said.