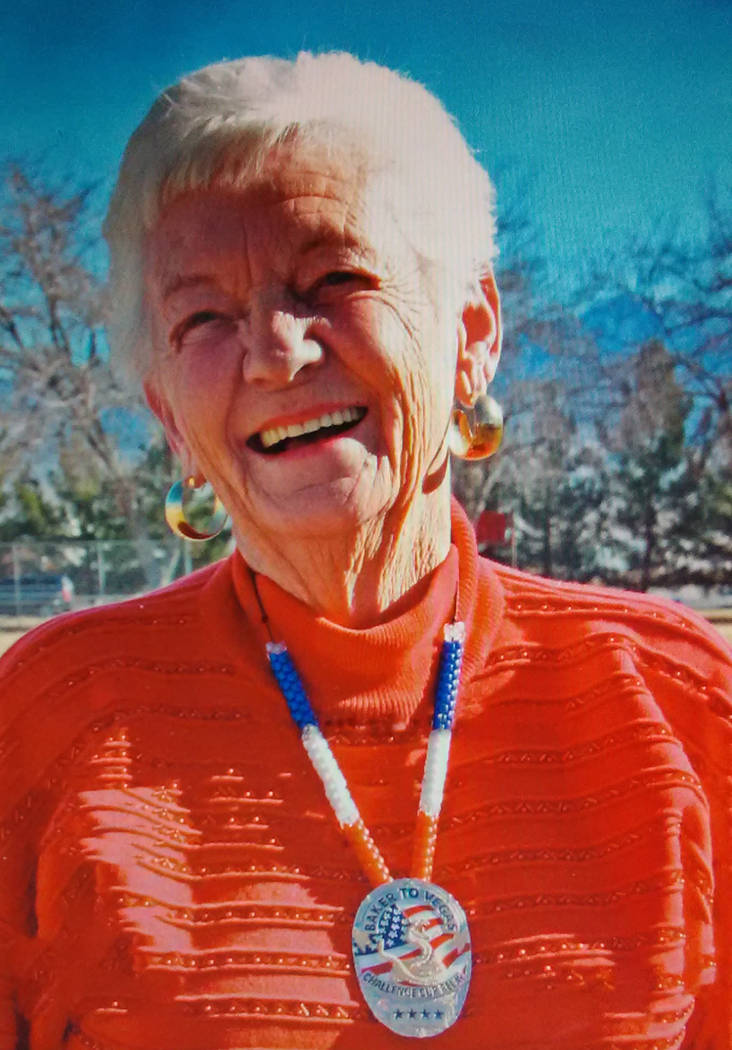 Special to the Pahrump Valley Times Longtime active community member Alice Eychaner is moving on to Tennessee later this month, due to health issues. The Pahrump Moose Lodge is hosting a farewell Party beginning at 3 p.m. on Saturday Aug 12.

The Pahrump Moose Lodge is hosting a farewell party for a longtime active member of the community.

Alice Eychaner was heavily involved in organizing the Bob Baker Wild West Extravaganza event in Pahrump as well as being closely associated with the Pahrump Chamber of Commerce.

Resident Jim Cornell, a one-year trustee of the Pahrump Moose Lodge and community service chairman, said the event is scheduled from 3 p.m. to 5 p.m. on Saturday, Aug. 12.

The Moose Lodge is at 1100 Second St., on the corner of Center and Second streets.

Cornell noted Eychaner, who is experiencing some health issues, will be moving to Tennessee later this month.

Cornell has known Eychaner for more than 20 years.

“She has done so much for this community,” Cornell said. “Alice will be leaving for Tennessee next Tuesday, I believe. She is not originally from Tennessee, she is from California. She has been a lot of places. Her son Todd and his family live in Tennessee. They flew in on Monday of this week, where they will take care of Alice’s house and all the furnishings, before they fly back next week, when Alice will enter an assisted living facility. Right now, Alice is doing all right.”

The fact that Eychaner has been involved in community events for many years, Cornell said he’s not exactly sure how many area residents will attend the event.

“Alice’s son, along with his wife, will be there for the farewell party, and I’m guessing probably half the valley because she is so well known in this community,” Cornell said. “There will be people from Las Vegas coming as well as people from California. She certainly will be missed by all, for sure.

“She has been the go-to person if you needed help or an answer. Over the years she has been involved with many organizations, including the Pahrump Chamber of Commerce, the Wild West Extravaganza, and the Baker to Vegas law enforcement relay race since 1996, to name a few.”

Additionally, Cornell said the party is a way to show appreciation for Eychaner’s ongoing efforts within the community.

“It’s open for all her friends and associates she’s been involved with over the years, I hope folks will come out and wish her the best and say farewell to our friend Alice Eychaner.”