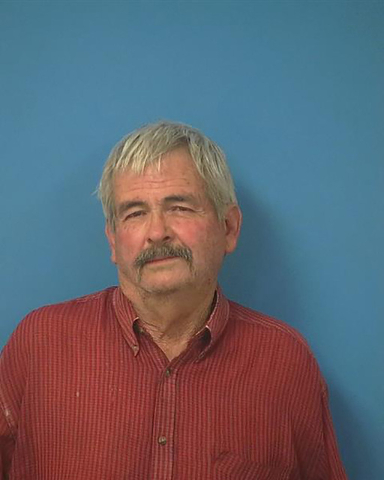 A Pahrump man was arrested earlier this week after he allegedly molested a young family member.

Freddy Greene, 73, was taken into custody July 18 by the Nye County Sheriffs Office and charged with preliminary counts of child sex abuse and lewdness with a minor under 14.

Deputies arrived at a residence on the 1900 block of Kearny Street in response to a child sexual assault incident.

The alleged victim, who is five years old, told the responding deputy that Greene had touched her private area when staying the night at his house three days prior, the arrest report said.

Deputies then went to Greenes home and interviewed him about the incident, to which he confirmed that he inappropriately touched the minor.

After confirming the alleged sex abuse act, deputies asked Greene if he knew it was wrong and he acknowledged that it was, according to the arrest report.

Greene was arrested and booked into the Nye County Detention Center on the two preliminary charges. He is being held on $15,000 bond.

Anyone with any information about this case is urged to contact the Nye County Sheriffs Office at 775-751- 7000, attention Detective Cox, or by email at ncso_detectives@co.nye.nv.us