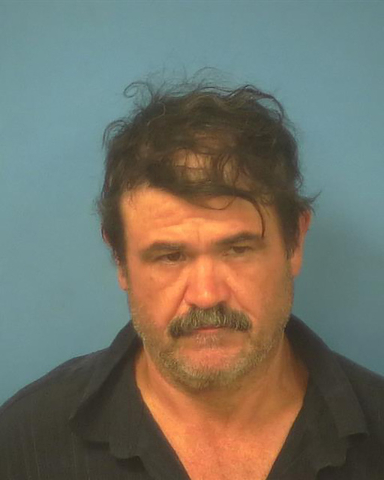 A Pahrump man was arrested Friday after allegedly placing a poisonous substance into a swamp cooler in an attempt to evict a tenant.

Michael Raymond Plemon, 51, was arrested and booked on a preliminary charge of willful poisoning.

On Friday, deputies with the Nye County Sheriffs Office responded to a residence in the 1000 block of Sutton Drive in Pahrump, in regard to a domestic disturbance.

According to the sheriffs office, during the course of the investigation, deputies learned that Plemon, who resides at this address along with his two children, has a female tenant who he wished to have evicted.

Deputies discovered that Plemon had allegedly introduced a poisonous substance into the the swamp cooler which serves his tenants bedroom. During questioning, Plemon admitted to introducing the poison into the swamp cooler, insinuating that his actions were connected to his desire to evict his tenant.

The Pahrump Valley Fire and Rescue Service discovered levels of toxin in the atmosphere within the home to be immediately dangerous to life and health. All occupants of the home were affected as a result of Plemons actions and he was arrested. The occupants were treated by paramedics after evacuating the premises.

Plemon was booked at Nye County Detention Center and is being held on $5,000 bail.

Anyone with information about this case is urged to call the Nye County Sheriffs Office at 775-751-7000.