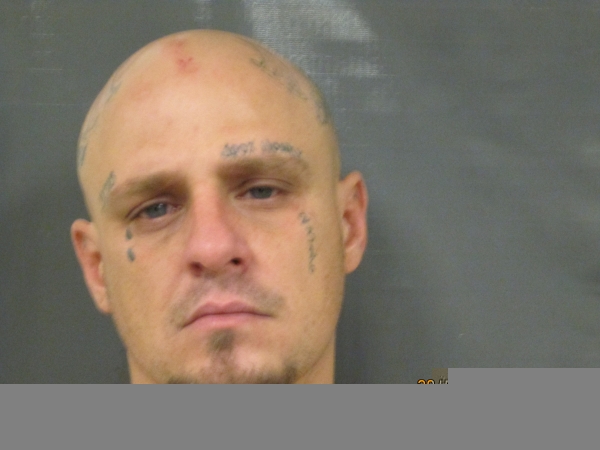 Local resident and recidivist Donald McFadden pledged to turn his life around as he appeared before Judge Ron Kent in Pahrump Justice Court in November.

That pledge apparently has failed following his arrest on July 9.

McFadden, a two-time convicted felon whose encounters with law enforcement date back more than a decade, was facing years behind bars for drug related charges including trafficing, and pleaded with Kent to give him one last chance to prove himself as a law-abiding citizen.

Even McFadden’s stepmother Carolyn pleaded with the judge to give her son a final opportunity to make good.

Kent did release McFadden on his own recognizance, but not without a stern warning.

“Don’t betray my goodwill towards you,” he said, looking directly at the defendant. “If your mother submits anything to the court about you being a problem and breaking the rules, I will yank your O-R. Right now, you own the key to your jail cell young man.”

He was arrested on a felony arrest warrant out of Tonopah for failure to pay child support and possessing methamphetamine.

Nye County Sheriff’s deputies were on patrol when they spotted McFadden in the parking lot of a Pahrump tavern.

According to an arrest report, deputies reportedly observed McFadden placing his hand in his right front pants pocket while walking up to a vehicle. McFadden reportedly complied when deputies ordered him to the ground.

The report went on to state after McFadden was placed in handcuffs, deputies located a clear plastic baggie of suspected methamphetamine where the suspect was observed walking around the vehicle.

McFadden was arraigned on Tuesday in Tonopah Justice Court where his bail was set at $10,014 cash only.

A preliminary hearing is set for Aug. 5.

During McFadden’s November court appearance, Kent did not appear to be lenient toward McFadden as he addressed the defendant.

“Young man, you’ve got quite a history,” Kent said. “If you suffer another conviction, you’re going to be suitable for habitual offender treatment and you are looking at some big time.”

Following Kent’s remarks, McFadden promised the judge he would do everything he needed to do for his release, while acknowledging his family in the audience.

“I’m not going to run nowhere, I’ve got nowhere to go,” he said. “I have no family anywhere but right there. If I leave where am I going to go? I have nobody.”

Additionally, McFadden said if released, his main focus will be securing employment and remaining clean and sober.

He told Kent he could possibly get a job working for his uncle.

“Nobody will even talk to me, but I’ll struggle every day to find a job out there,” McFadden told Kent. “If you release me on my own recognizance, I’ll take drug tests every week and I’ll go on house arrest. I’ll do anything to get the opportunity to go to work and show you that I’m not the monster that everybody’s painting me.”

Kent also inquired whether McFadden had a place to stay if he was released.

“He will stay at my house your honor,” McFadden’s stepmother declared from the audience. “I have a clean environment at my house. I don’t allow drugs in my house and he knows that. My son’s friends are not allowed because I have to draw a line too, your honor.”

According to his extensive record, McFadden has been arrested on charges ranging from domestic battery, burglary and possession of stolen property, to drug possession and conspiracy charges.