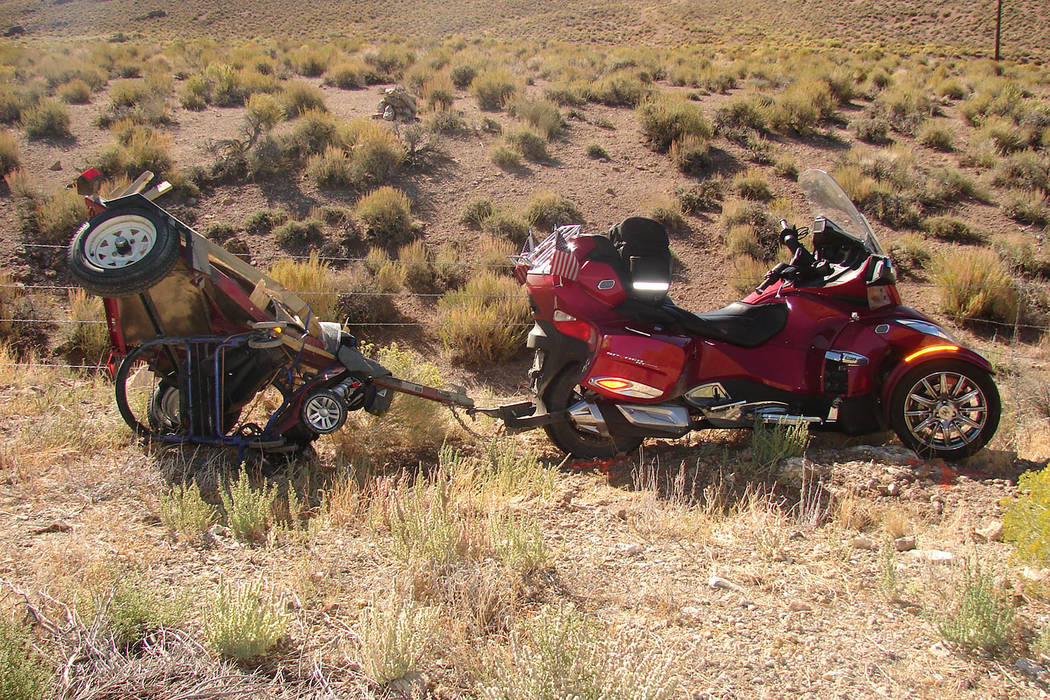 The Nevada Highway Patrol is investigating a fatal motorcycle crash north of Tonopah.

Kenneth D. Gunerius, 81, of Buckeye, Arizona, was thrown from his motorcycle and later died in a Las Vegas hospital, the NHP announced this week.

“Preliminary investigation shows a maroon 2015 Canam Spider three-wheeled motorcycle was traveling westbound on U.S. 6,” the NHP said in a statement. “For an unknown reason, the Canam drifted off the roadway to the right and struck a culvert sign.”

Gunerius was transported by ambulance to the hospital in Las Vegas where he died, the NHP said.

Trooper Wes Hubred of the NHP’s Tonopah District is investigating the crash.

Witnesses or anyone with information related to this crash is encouraged to call him at 775-482-6330 or whubred@dps.state.nv.us