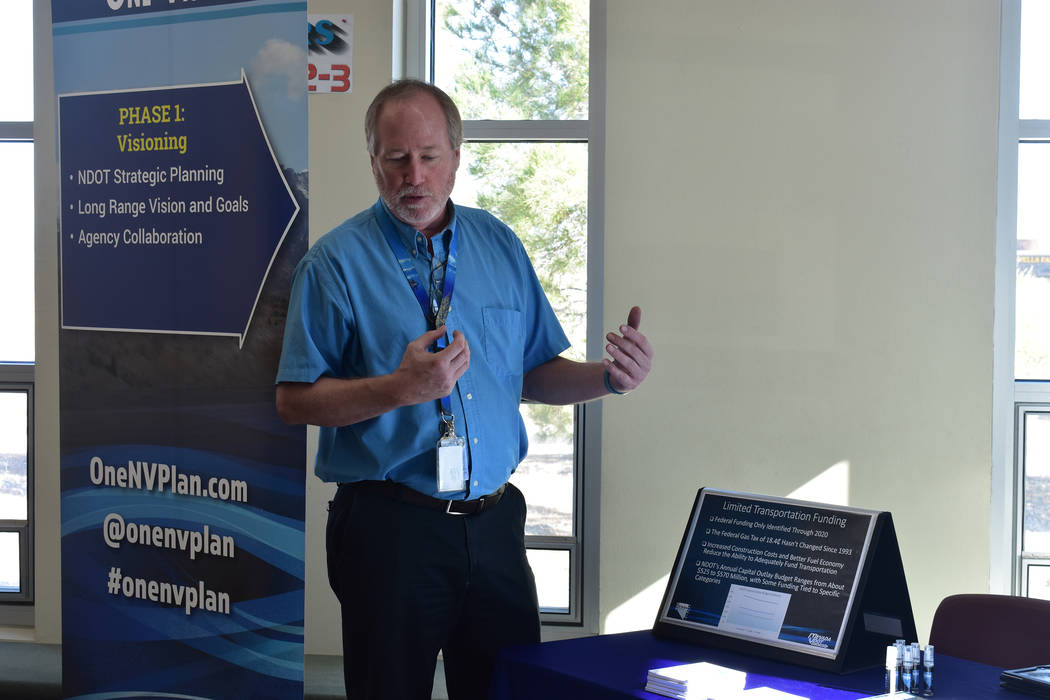 Daria Sokolova/Pahrump Valley Times Coy Peacock, assistant chief for multi-modal program development at the Nevada Department of Transportation, talks about the One Nevada Transportation Plant during the Pahrump stop on Wednesday. The statewide plan will include specific goals and objectives designed to improve Nevada's transportation network. 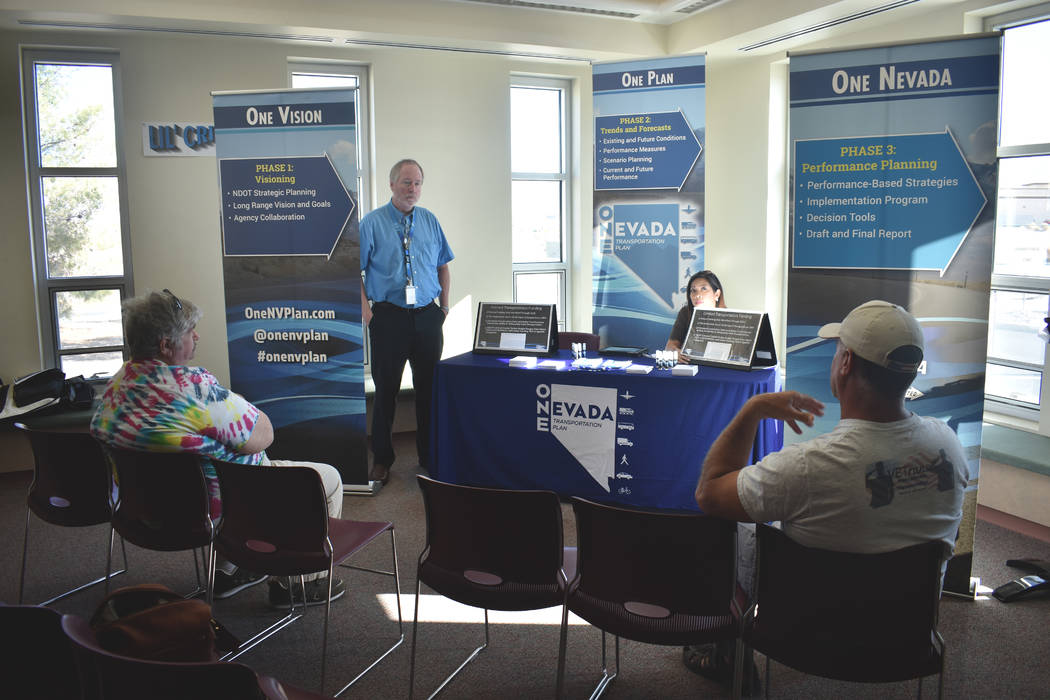 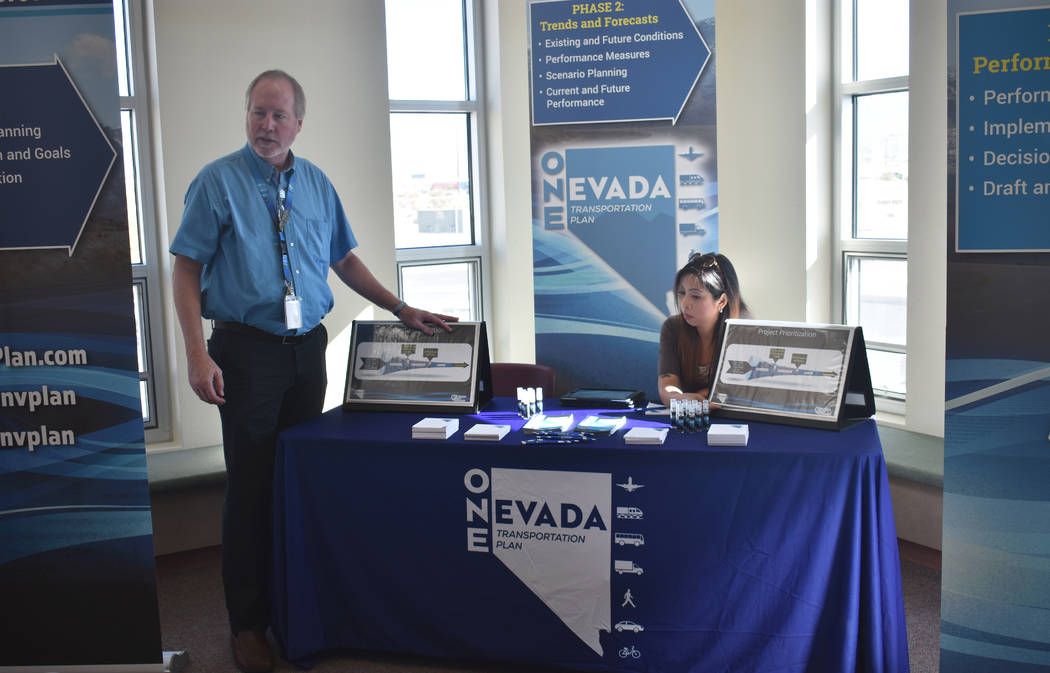 The Nevada Department of Transportation stopped in Pahrump on Wednesday as the agency is embarking on a way to gather input from communities across the state that will help it to prioritize projects for the statewide plan.

“We are creating a project prioritization process, and what it’s going to do is it will allow us to make recommendations to the front office, to the transportation board on what projects we should be moving forward with, and all of the input coming throughout the state will identify the areas that we need to focus on,” Peacock said.

The NDOT’s stop in Pahrump was announced a mere few days before it happened, and it was attended by two people who gave officials some of their opinions on what needs to be improved. Maintenance and safety were named among the top priorities in Nye County.

A key element of the One Nevada Plan is prioritizing transportation, officials said. The gap between available funding and transportation infrastructure needs is expected to increase four times between 2025 and 2040, as trends suggest a continued strain on the revenue streams such as gas taxes.

“We are going to ask you to tell us what you think we should be putting our money toward,” Peacock said.

So far, NDOT identified through a survey that 31 percent of Nevada residents prioritize maintenance and repair; 20 percent said reducing travel time and improving reliability is most important, while 18 percent said safety improvements.

Nationally, state departments of transportation are required by the federal government to prepare performance-based plans that ensure the movement of people and goods over a continuous 20-year span.

While the NDOT has been a statewide policy up to this date, the One Nevada Transportation Plan seeks to align the state’s transportation plans and processes that would help officials to make informed transportation decisions, according to NDOT’s presentation.

“We are focused on the state system, which includes the interstate, the U.S. routes and the state routes,” Peacock said.

Pahrump was the second stop for NDOT’s officials, who visited Mesquite and Caliente on Tuesday. More meetings are scheduled in Southern Nevada for the coming week and in Northern Nevada after the Sept. 27 meeting in Tonopah.

The 24-month study for the One Nevada Transportation Plan is being funded through the Statewide Planning and Research, with the state paying 20 percent and NDOT matching 80 percent. The cost of the study is $2 million.

To submit feedback, go to www.onenvplan.com or send an email to info@onenvplan.com. On social media, @OneNVPlan on Twitter and facebook.com/onenvplan