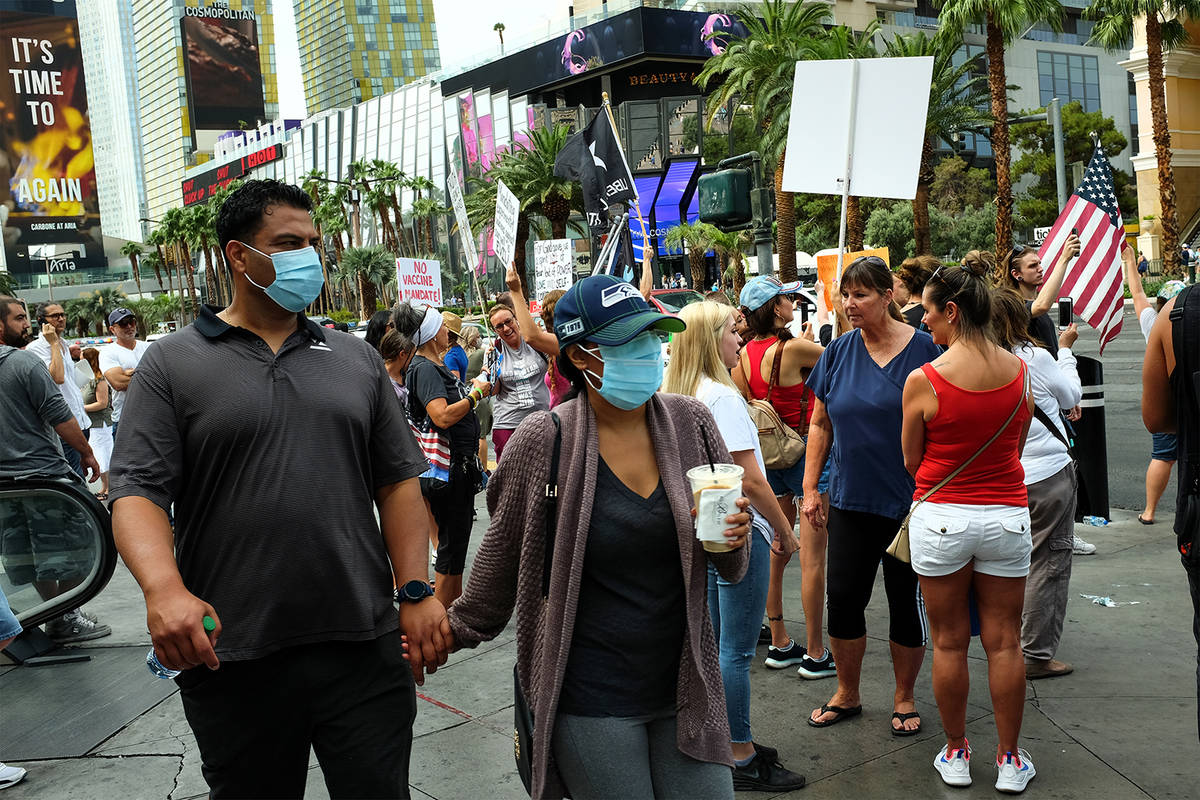 Visitors to the Las Vegas Strip, wearing masks to prevent the spread of COVID-19, pass a group of about 40 proesters who were calling for an end to COVID-19 mask mandates outside Planet Hollywood on Saturday, Aug. 14, 2021, in Las Vegas. (Ellen Schmidt/Las Vegas Review-Journal) @ellenschmidttt 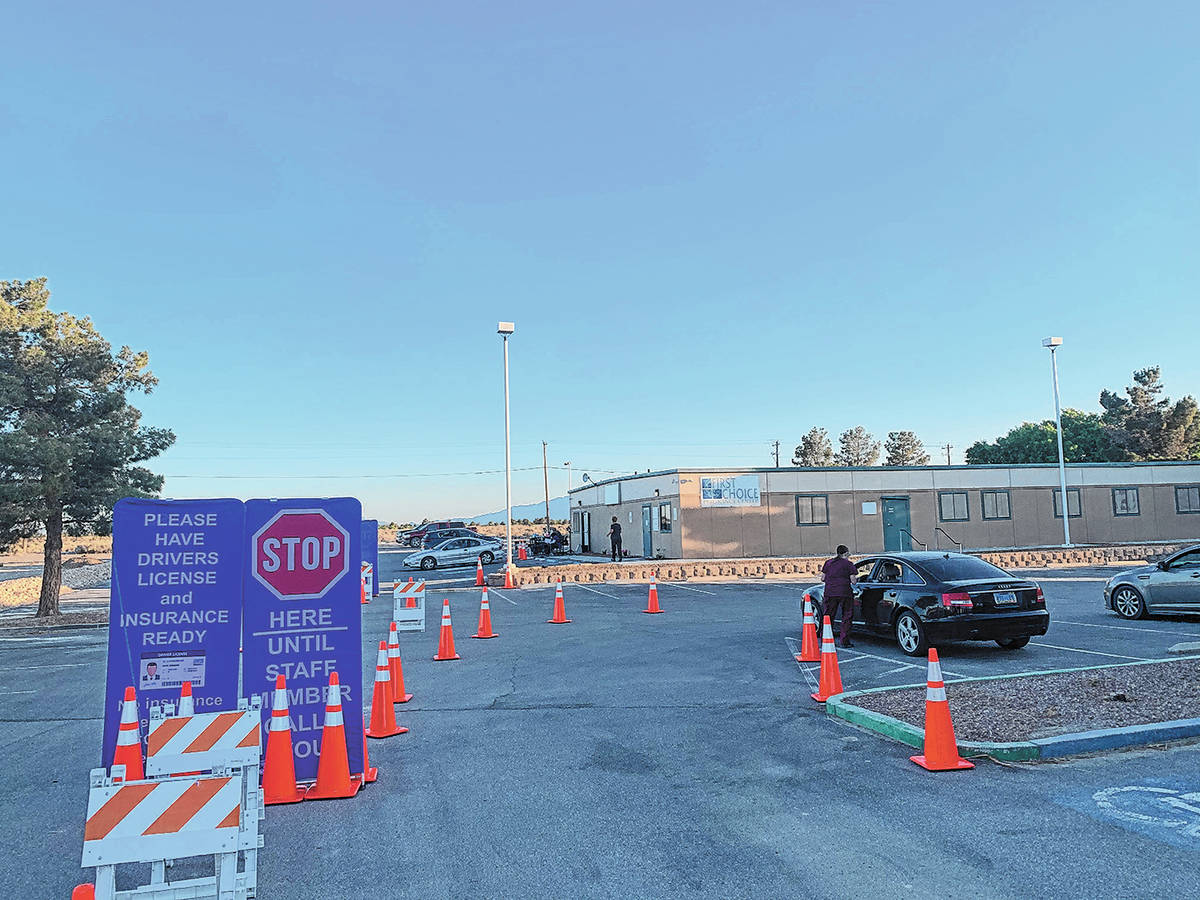 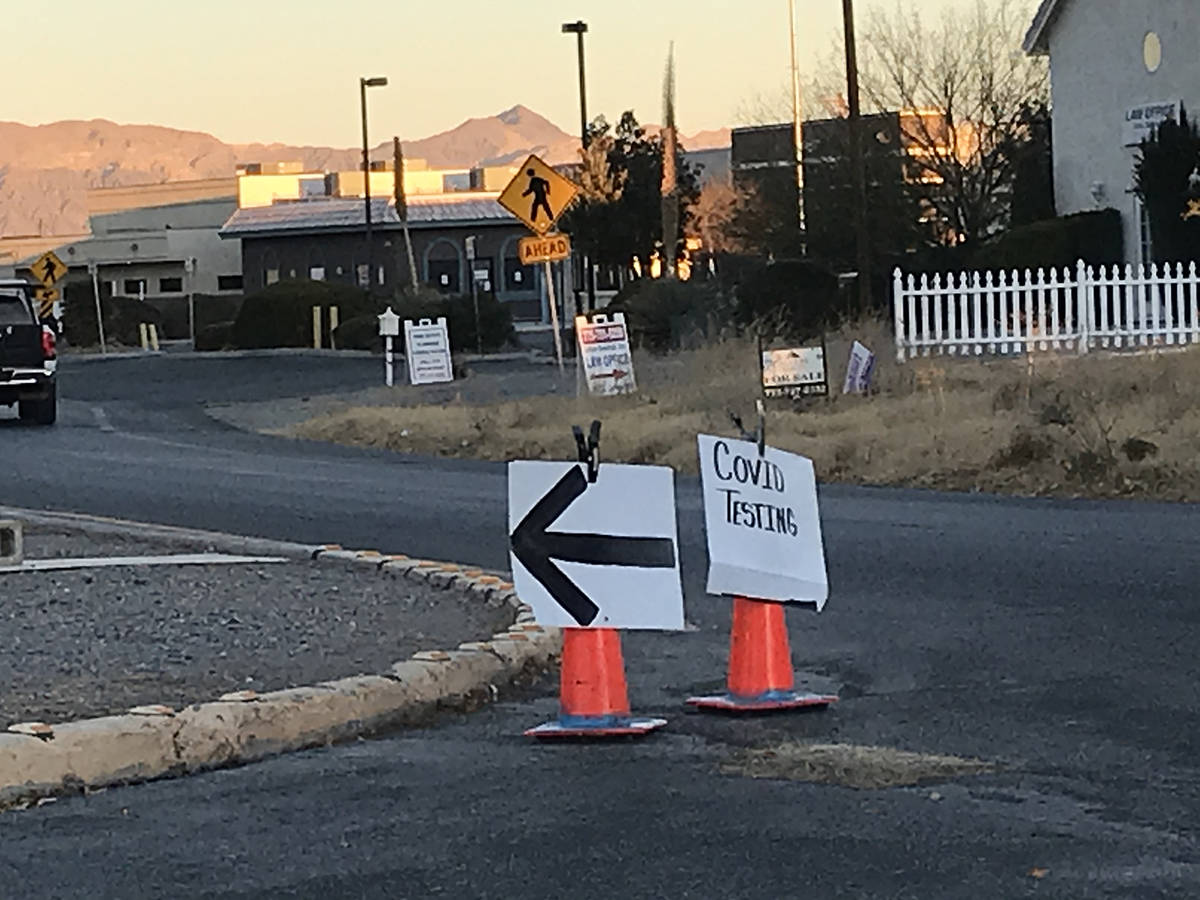 Updated figures reported by the Department of Health and Human Services pushed the state’s totals to 374,651 COVID-19 cases and 6,223 deaths.

New cases remained higher than the 14-day moving average of 931 per day, which declined from 960 on Monday.

Deaths were three times the moving two-week average of 11 fatalities per day. That number has been rising and unlike other metrics, has not seen any recent declines.

State and county health agencies often redistribute the daily data after it is reported to better reflect the date of death or a test or onset of symptoms, which is why the moving-average trend lines frequently differ from daily reports and are considered better indicators of the direction of the outbreak.

The state’s two-week test positivity rate, which essentially tracks the percentage of people tested for COVID-19 who are found to be infected, dropped slightly to 16.1 percent, according to state data.

The state also reported that 1,264 people in Nevada were hospitalized with confirmed or suspected COVID-19 cases, two more than the day prior.

As of Tuesday’s report, 49.50 percent of Nevadans 12 and older have been fully vaccinated.

The 14-day moving average of daily administered shots stood at 6,460 on Tuesday, according to state data. The rate has been trending upward since hitting a recent low of 4,833 on July 16.

On Monday night, the Raiders became the first NFL team to announce that all fans who attend a game this season must be vaccinated. The announcement came after Gov. Steve Sisolak announced a new plan for large venues to essentially opt-out of the county’s mask mandate by requiring vaccination for all attendees.

While Clark County’s surge has started to slow down following the mask mandate that went into effect on July 30, other Nevada counties have seen metrics increase. Washoe County hit two milestones over the weekend — 700 total deaths and 50,000 total cases.

The Nevada Hospital Association said last week that northern Nevada is now seeing a surge in COVID-19 related hospitalizations, while the southern part of the state, including Clark County, may have already hit its peak of this wave.